Thanks For Taking Action!

Now, Fax Democrat Lawmakers To Demand They "STOP THE VIOLENCE!" 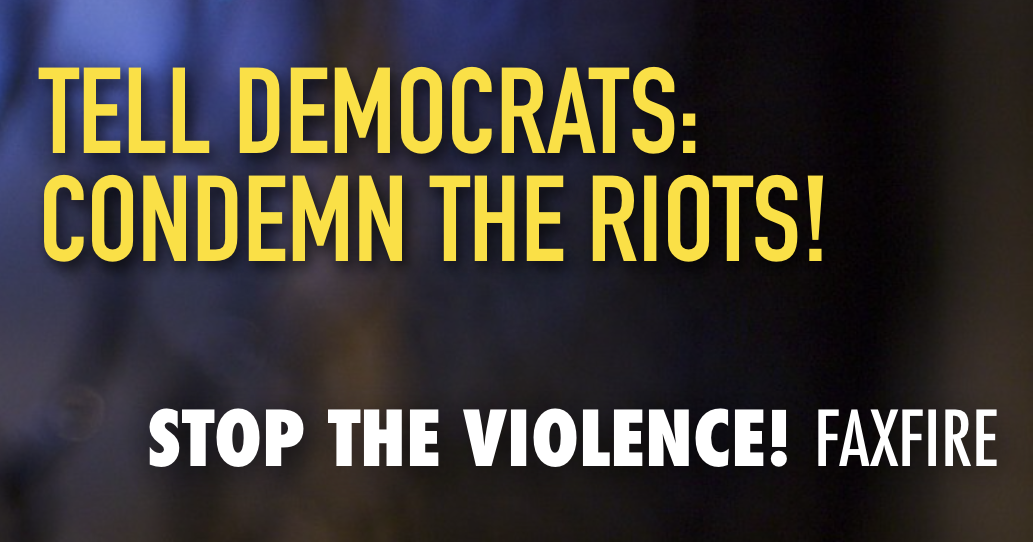 Using Grassfire's unique FaxFire system, you can send a personalized message to lawmakers demanding they take immediate action to "STOP THE VIOLENCE!" Fax your Representative, your two Senators, select House and Senate leaders AND five Democrat governors in the hardest hit states -- including California's Gavin Newsom! For just $20, you can immediately send up to 25 faxes at a 20% DISCOUNT! By utilizing our "Level Two" option, you can also reach every remaining Democrat Senator for $35 (44% OFF). Choose "Level Three" and urge lawmakers to "STOP THE VIOLENCE!" for $50. That's 54% OFF our regular price!

I just sent personalized "Stop The Violence!" faxes to dozens of key lawmakers. Join me in calling on governors, representatives and senators to condemn the rioting, looting and destruction in Democrat-run cities:
Thanks For Taking Action!
Read the blog at Grassfire