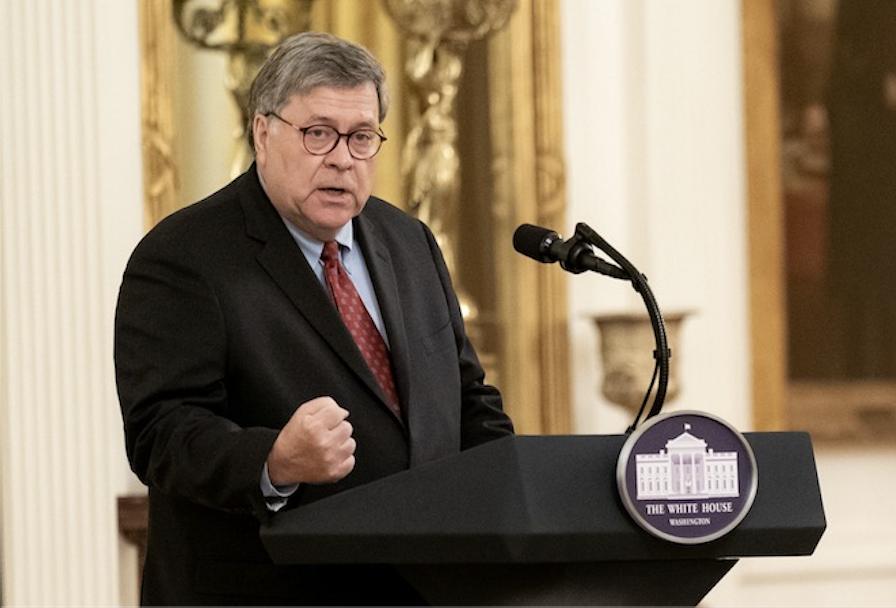 U.S. Attorney General William Barr appeared before the House Judiciary Committee today and blasted Democrats for not "condemning mob violence and the attack on federal courts." In addition to answering questions about federal law enforcement responding to rioting on federal property, Barr defended himself from accusations by the committee's chairman, Rep. Jerrold Nadler (D-NY), that "the president’s enemies will be punished, his friends will be protected."

"What enemies have I indicted?" Barr asked. "Ever since I made it clear that I was going to do everything I could to get to the bottom of the grave abuses involved in the bogus 'Russiagate' scandal, many of the Democrats on this committee have attempted to discredit me by conjuring up a narrative that I am simply the president’s factotum who disposes of criminal cases according to his instructions."

The Justice Department, led by the Attorney General, is investigating possible corruption in the former Obama administration. Democrats with TDS (Trump Derangement Syndrome) don't like that. FOX News reports:

Ranking member Rep. Jim Jordan, R-Ohio, fired back in his opening that Democrats' hostility toward Barr is based on one thing: "Spying." Jordan said that Democrats took exception to Barr accusing the Obama administration of spying on the Trump campaign, despite evidence that has come out revealing flaws in the FBI's process in acquiring a warrant to monitor former Trump campaign adviser Carter Page.

The House is controlled by radical, unhinged, anti-Trump, Democrat leadership. There's no changing that until November. In fact, Rasmussen Reports tweeted on Friday that Democrats may have actually regained the House majority in 2018 due to the Russia-hoax Witch Hunt against the President. They called it "The Real Russian Swindle": 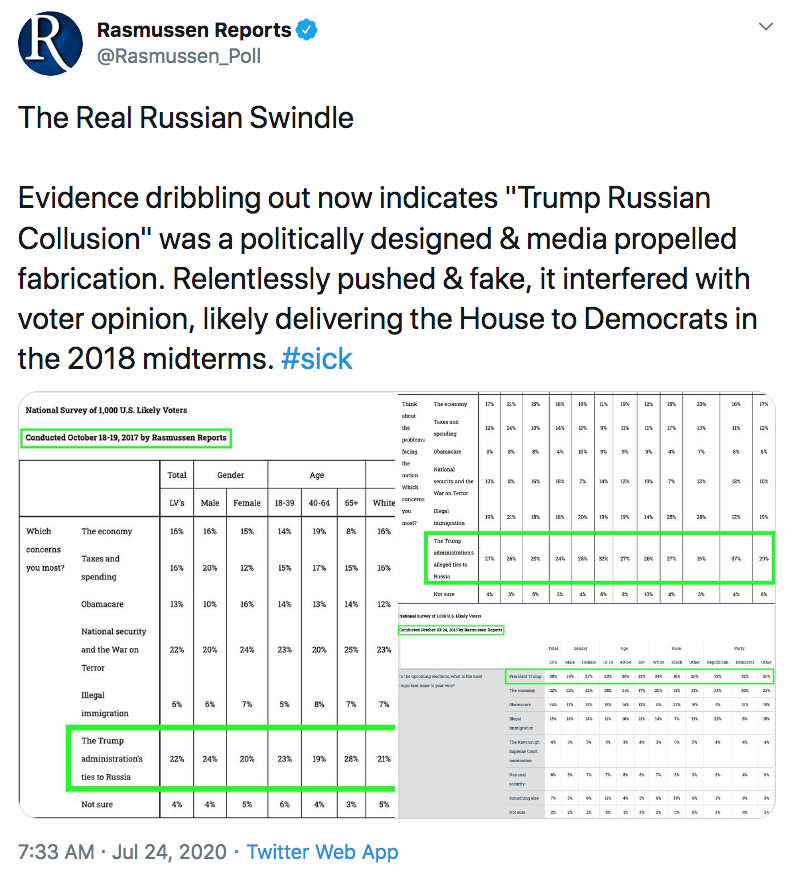 But in the Senate, Republicans are the majority party. So, as chairman of the powerful Senate Judiciary Committee, Sen. Lindsey Graham (R-SC) has the power to investigate possible corruption in the Obama administration. Yet, he continues to over promise and under deliver when it comes to EXPOSING ObamaGate.

Graham has subpoena power, but he hasn't used it to call any of the more than 50 Obama-era officials on his "proposed subpoena list," which he released on June 4. Congress is just over a week away from their August recess, which means the Senate will be out of session until AFTER Labor Day. Yet, the Judiciary Committee's calendar has NOTHING scheduled to investigate ObamaGate.

Grassfire and millions of grassroots patriots have been asking the same question for months: What is Sen. Graham waiting for?! It's been almost two months since he released his list AND had the power to issue subpoenas. But what's happened in that time? Nothing!

If you're outraged and fed up by Graham's inaction and his failure to stand with America's Commander-in-Chief, Grassfire is empowering you to contact the senior senator from South Carolina directly. Demand he take immediate steps to investigate anyone and everyone behind any attempts to undermine the results of a free-and-fair election.

First, call the senator in our nation's capital:

ObamaGate could be THE greatest political scandal in U.S. history -- all designed to undermine Candidate, President-elect AND President Trump! As committee chairman, Graham has the power to subpoena witnesses but has NOT issued a single one that would compel key figures to testify.

American patriots need to rise up and call on the Republican-led Senate to take action by fully investigating this scandal. The time for empty promises is over. Graham and his GOP colleagues MUST expose ObamaGate!