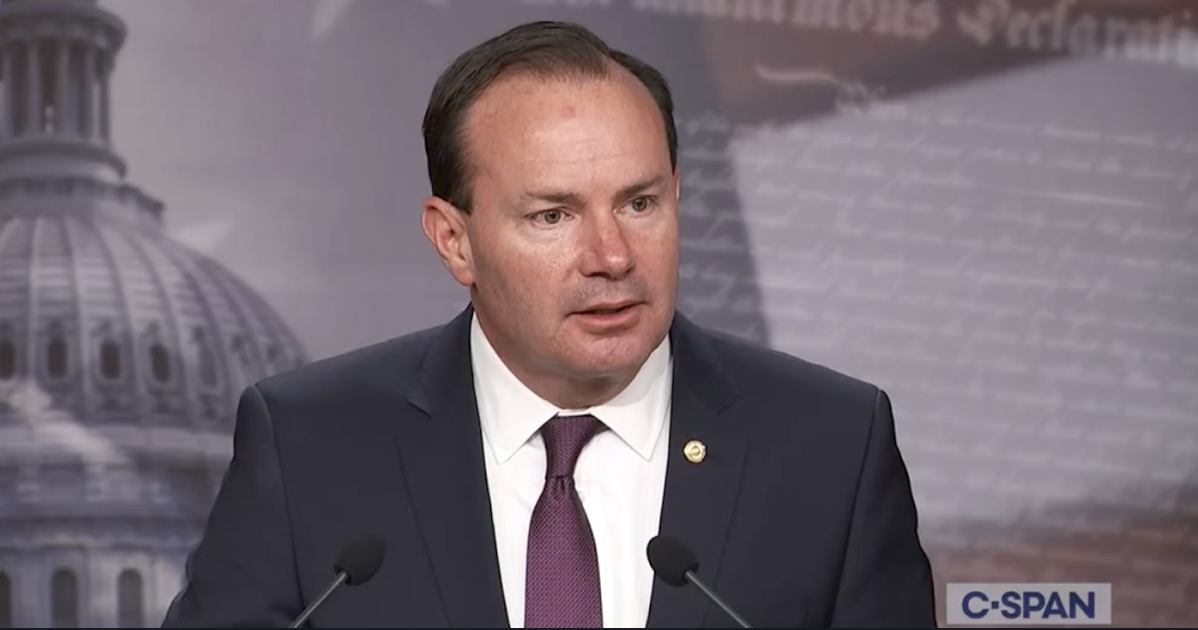 While Grassfire was in the process of rolling out this morning's SPENDING SCAM update, we received an email from Senate Minority "Leader" Mitch McConnell's (R-KY) office. His staff informed us that Senate Majority Leader Chuck Schumer (D-NY) "had to cave" to Senator Mike Lee's (R-UT) amendment, calling for a Trump-era immigration order to remain in place.

Moments ago, the Senate defeated the Lee amendment 50-47. But to do it, the Senator noted on the floor of the Upper Chamber, voting lasted for 18 minutes instead of the usual 10. (See below to learn why Sen. Lee's amendment could have been a "poison pill" that killed the bill and delivered a "Christmas miracle" to end this "Nightmare Before Christmas.)

Senators are still voting on several amendments before deciding on final passage of the 4,155-page, $1.7-TRILLION SPENDING SCAM later today. You can still take action to "Stop The Spending Scam!" by clicking here or on the banner below to fax Senators now. Thanks, in advance, for making your voice heard this afternoon.

P.S. This could be your final opportunity to "Stop The Spending Scam!" Take immediate action to defeat this $1.7-TRILLION "Biden Boondoggle" by clicking here or on the banner below now:

"America First" patriots woke up to good news this morning. According to a Democrat Senator, Joe Biden's SPENDING SCAM "is hanging by a thread." The Uni-Party's (a.k.a., The Swamp's) 4,155-page, $1.7-TRILLION "omnibus" bill could be scuttled by an amendment introduced by Sen. Mike Lee (R-UT).

Because the ridiculous and wasteful fiscal monstrosity ignored the illegal immigration crisis that's raging at America's southern border, Lee wants a simple-majority vote on his amendment to keep "Title 42" in place. The Trump-era immigration policy allows for easier deportation of illegal aliens.

(Note: The order was supposed to expire yesterday, but Supreme Court Chief Justice John Roberts extended it on Monday.)

Many see the amendment as a "poison pill" because House Democrats aren't likely to support a SPENDING SCAM that keeps Title 42 in place. But, reportedly, one or two Democrat Senators could vote "Yes" on Lee's amendment and throw the entire future of the $1.7-TRILLION omnibus bill into doubt.

As a result, some Democrats are calling for the amendment to require a 60-vote threshold rather than the usual, 51-vote simple majority. But Senate Minority "Leader" Mitch McConnell (R-KY) doesn't appear to be backing down. He previously set a hard deadline of TODAY to get the omnibus bill passed in the Upper Chamber. Fax Senators now to "Stop The Spending Scam!"

The Senate adjourned yesterday without additional voting on the SPENDING SCAM. Senators re-convened at 8:00 a.m. ET this morning with the bill's future very much up in the air. Just moments ago, Grassfire received an update from McConnell's office informing us:

"At some point -- this morning? -- the Senate is expected to proceed to roll call votes related to H.R.2617 (the "Consolidated Appropriations Act, 3023").

The Lee amendment could be the "Christmas miracle" that "America First" patriots have been hoping (and even praying) for. Democrats' reluctance to include it in the SPENDING SCAM has led to discussions about passing a short-term spending bill instead. That would allow a Republican-controlled House to set spending priorities when a new Congress is seated next month!

This SPENDING SCAM and the D.C. Establishment's effort to force it down American taxpayers' throats really is a "Nightmare Before Christmas." But "America First" patriots may get a holiday "miracle" that stops this $1.7-TRILLION SPENDING SCAM. Remember, this is the Christmas season -- the time of miracles. So, take action now to make your voice heard.

Engage in the fight to stop spineless, weak-kneed, Senate RINOs from caving to Joe Biden and radical Democrats. Push back against lawmakers' attempts to flee D.C. for Christmas, while patting themselves on the back for sticking it to American taxpayers AGAIN! Rush your personalized message to Capitol Hill by clicking here to fax Senators now for as little as $10.

Grassfire took action this morning by updating our "Stop The Spending Scam!" FaxFire to help you make the maximum impact! Fight this "lame duck" Congress and their dirty, backroom deal to fund the failed, tyrannical Biden Regime FOR THE NEXT NINE MONTHS by faxing now! Thanks, in advance, for making your voice heard by contacting up to 85 Senate offices on Capitol Hill now.

P.S. If you're outraged by ANY Republican supporting the Biden Regime's 4,155-page, $1.7-TRILLION SPENDING SCAM, take action now. This "Nightmare Before Christmas" is a HUGE slap in the face to hard-working American taxpayers AND to voters who gave Republicans control of the House. If you think the new Congress, which convenes on January 3, 2023, should set spending priorities and NOT lame-duck lawmakers, go here to fax key Senators now: