"What did Obama know and when did he know it?" 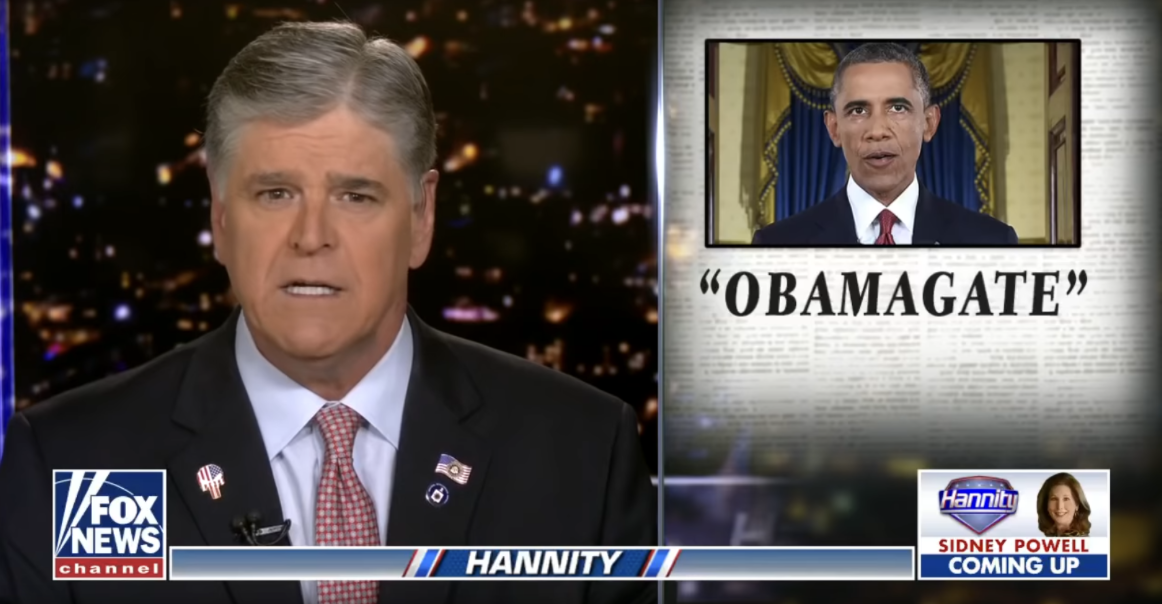 Sean Hannity calls ObamaGate: "The biggest abuse of power scandal in American history." On his FOX News program earlier this week, he examined the expanding case against former President Obama related to an improper, if not illegal, FBI investigation into Donald Trump the candidate and later the president-elect.

Hannity insists that ObamaGate is about a plot "to destroy the incoming president." On Monday night, he even borrowed a famous line from the Watergate scandal, telling his audience:

The GOP-controlled Senate needs to hear from grassroots Americans, demanding an investigation into ObamaGate. The cabal of Obama administration officials inside the White House, FBI and DOJ, as well as members of the Democratic National Committee and the Hillary Clinton campaign, need to be held accountable for their attempted coup against President Trump.

Click here or on the banner below to call for a GOP-led Senate investigation into the Obama-Clinton conspiracy. Schedule your ObamaGate Faxes for immediate delivery on Capitol Hill:

In our previous ObamaGate update, we told what FOX News' Tucker Carlson said about the growing scandal. If you missed that email, you'll find it below. To take immediate action and demand an investigation, click here to fax now.