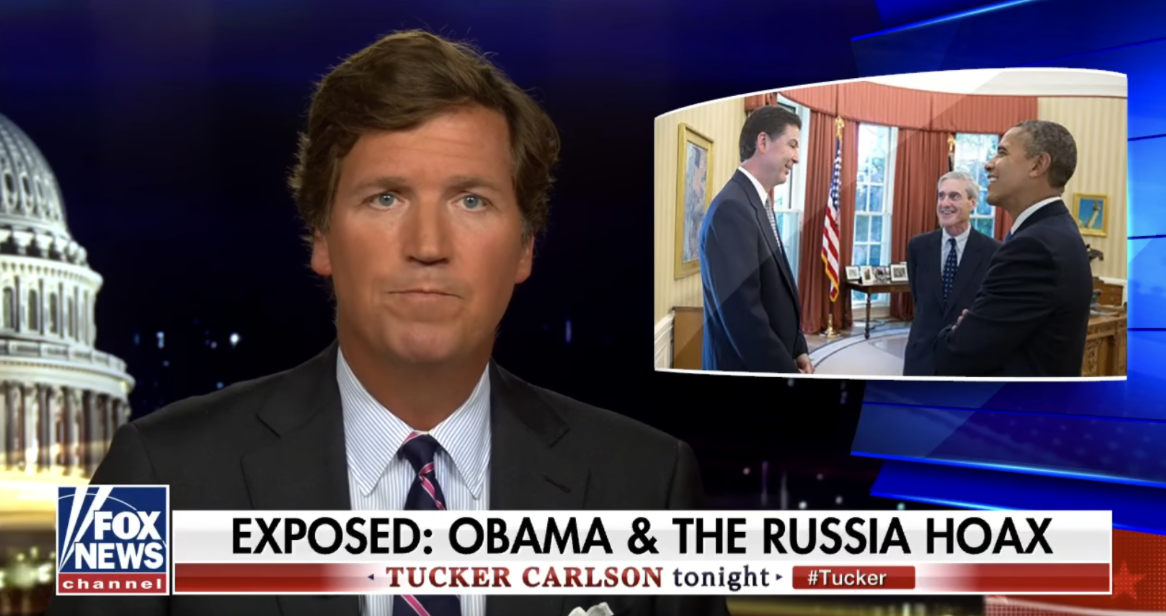 The "ObamaGate" scandal is gaining steam AND stirring up outrage. Republicans are demanding answers. They want to know how deep the alleged corruption was in the Obama administration. The big question on Trump supporters minds is: Did the former commander-in-chief play an active role in requesting or approving the surveillance of an incoming president and/or his staff?

Democrats are outraged about ObamaGate for two reasons. First, how dare anyone question the actions of President Obama and his "scandal-free administration." Second, the Left is crying that ObamaGate is simply being used to distract people from President Trump's COVID-19 response.

(For the record, the Commander-in-Chief's response potentially saved hundreds of thousands, if not millions, of lives by sacrificing one of the greatest economic recoveries in modern history to "flatten the curve." The coronavirus pandemic IS 100% China's fault, but not according to Democrats and left-wing media, who continue to defend that nation's communist regime.)

In that meeting, according to Rice, then-President Obama asked then-FBI Director Jim Comey about withholding classified, national security information from the incoming commander-in-chief and his staff. Carlson blasted the former president, saying:

"The president of the United States turned to the head of the FBI, the most powerful law enforcement official in America, and said, 'Continue to secretly investigate my chief political rival, so that I can act against him.' Comey's response: 'Yes, sir.'

"That's what Obama was saying, openly. In any normal period in American history, this exchange would define Barack Obama forever. Obama would be known as the disgraced former president who used federal law enforcement to hurt his political enemies. That's what he did. Unfortunately, this is not a normal period."

+ + Trump: "The most corrupt administration in U.S. history!"

Deep State attacks against our current president continue coming to light. This week, the President called Barack Obama's White House "the most corrupt administration in U.S. history." Yet, high-ranking Republicans, like Sen. Lindsey Graham (R-SC), have done little to nothing in terms of bringing these coup leaders to justice and helping Mr. Trump "drain the swamp."

Graham, the chairman of the powerful Senate Judiciary Committee, has pledged for years that he would subpoena key figures, "ask questions" and "be all over" getting to the bottom of the Obama-Clinton conspiracy against President Trump.

But his promises have been nothing more than hot air and empty threats. Isn't it time for that to change?

As the chairman of the Senate Judiciary Committee, Sen. Graham has the power to call and subpoena witnesses to investigate the ObamaGate scandal. If you think the American people deserve a full investigation into the real Obama-Clinton, anti-Trump conspiracy, click here or on the banner below to schedule your ObamaGate Faxes for immediate delivery on Capitol Hill:

American patriots MUST demand that the Republican-led Senate take action to expose this scandal. IT'S TIME TO INVESTIGATE OBAMAGATE! For just $15, you can reach your two Senators, your Representative, Sen. Graham, Senate Majority Leader Mitch McConnell (R-KY), and every GOP member of the Senate Judiciary Committee.

Back in 2019, Graham called rogue actions by federal agents: "Systematic corruption at the highest level of the Department of Justice and the FBI against President Trump and in favor of Hillary Clinton."

So what is he and other GOP lawmakers waiting for? Grassroots Americans must push Graham, McConnell and others to get to the bottom of the real collusion scandal.

ObamaGate must be exposed! Fax Sen. Graham and other key Senators now for just $15, or reach the entire U.S. Senate at a 50% discount! Demand accountability and call on Senators to take immediate action. Click here to schedule your personalized faxes now.

P.S. President Trump insists that "ObamaGate makes Watergate look small time!" It's not hard to believe when "smoking guns" connecting the Obama Justice Department, Comey's FBI, and the Clinton campaign keep showing up. This could be one of the greatest political scandals in U.S. history. Members of the outgoing administration are accused of trying to destroy a duly elected U.S. president -- even before he took office! Call on the GOP-led Senate to investigate the Obama administration and to recommend that anyone involved be prosecuted and punished. Go here to fax now: