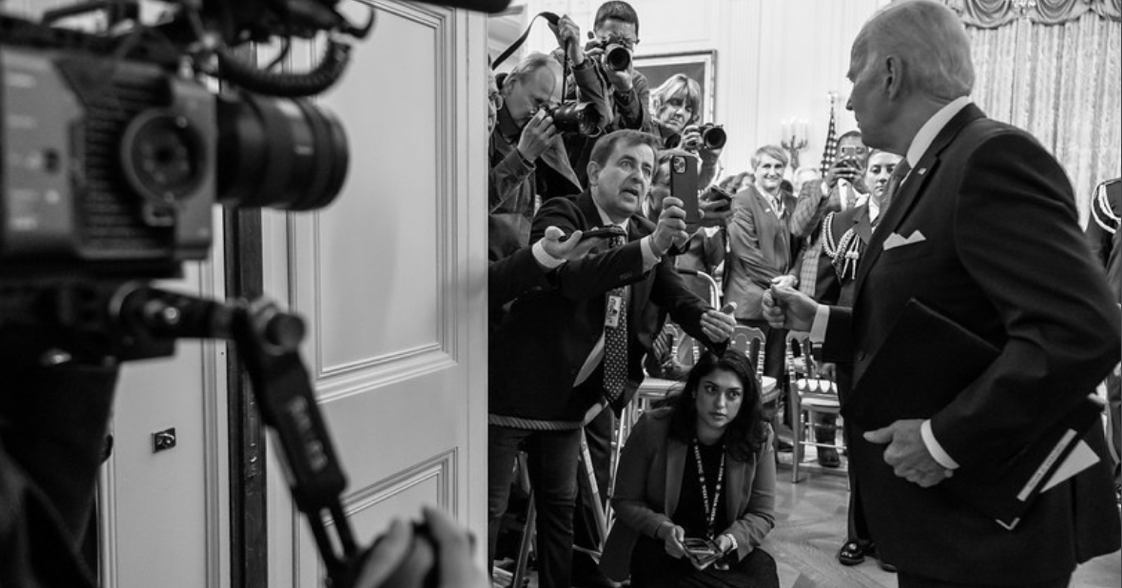 Another day, another discovery. On Saturday, Joe's lawyers announced they found MORE CLASSIFIED MATERIALS at his Delaware home. A search on Friday turned up "six items consisting of documents with classification markings." But how many documents were in the "six items" found? The statement from Joe's lawyers didn't say and was, likely, intentionally vague.

On January 14, the White House claimed the search for additional materials was complete. That statement turned out to be false. (So much for the Regime's "transparency" claims.) Friday's trove brings the total number of classified documents found at Joe's home and a private D.C. office is, reportedly, at least 25 and possibly more.

Now, millions of Americans are wondering: When will the FBI raid Joe's home looking for even more? In August, dozens of federal agents stormed President Trump's Mar-A-Lago residence to seize documents they ALREADY KNEW were there. But thanks to America's two-tiered justice system, Joe's documents scandal appears to be getting slow-walked by the Department of Justice. His lawyers, not the FBI, have been allowed to search for them!

Do you want to see Joe impeached, forced to resign or removed from office over this classified-documents scandal? If so, you can take immediate action by telling GOP Representatives: "Joe Must Go!" Impeachment proceedings ALWAYS begin in the House. Now that Republicans control the Lower Chamber, they can get the wheels turning on removing Joe from office.

Using Grassfire's unique FaxFire system, you can immediately send a personalized "Joe Must Go!" message to dozens of Republican House members on Capitol Hill. Click here or on the banner below to instantly fax up to 20 key GOP Representatives now for only $15:

For only $30 (a 35% discount), your LEVEL TWO faxes can reach up to 46 Representatives, including members of the House Freedom Caucus. If you can, please go the "extra mile" with LEVEL THREE faxes to reach EVERY Republican House member with a fax line (up to 190 total faxes) for $70 -- a 63% discount!

Some of the classified documents, reportedly, go back as far as Joe's time in the Senate. Others are from his VP days. Back then, he had NO AUTHORITY, unlike President Trump, to declassify ANYTHING. Anyone who tells you Joe's scandal is "nothing" compared to Trump's is WRONG! What Joe did is MUCH WORSE than a former president holding documents he de-classified.

If you want Joe impeached, forced to resign or removed from office, click here to fax GOP Representatives your "Joe Must Go!" message now. (To send your own faxes, click here for House contact information. Read about the FaxFire system's deliverability here.) Thanks, in advance, for taking immediate action today.

P.S. "America First" patriots must NOT stay silent if they want Congress to hold Joe accountable for his lies, alleged crimes and failures. Impeachment proceedings MUST begin in the GOP-contolled House. Go here to instantly fax Republican Representatives and tell them "Joe Must Go!" now:

Note: Out of respect, Grassfire usually avoids referring to elected officials by their first name only. But we are making an exception in "Joe's" case to avoid what we suspect is targeted, Big Tech censorship of Grassfire emails that include his last name.