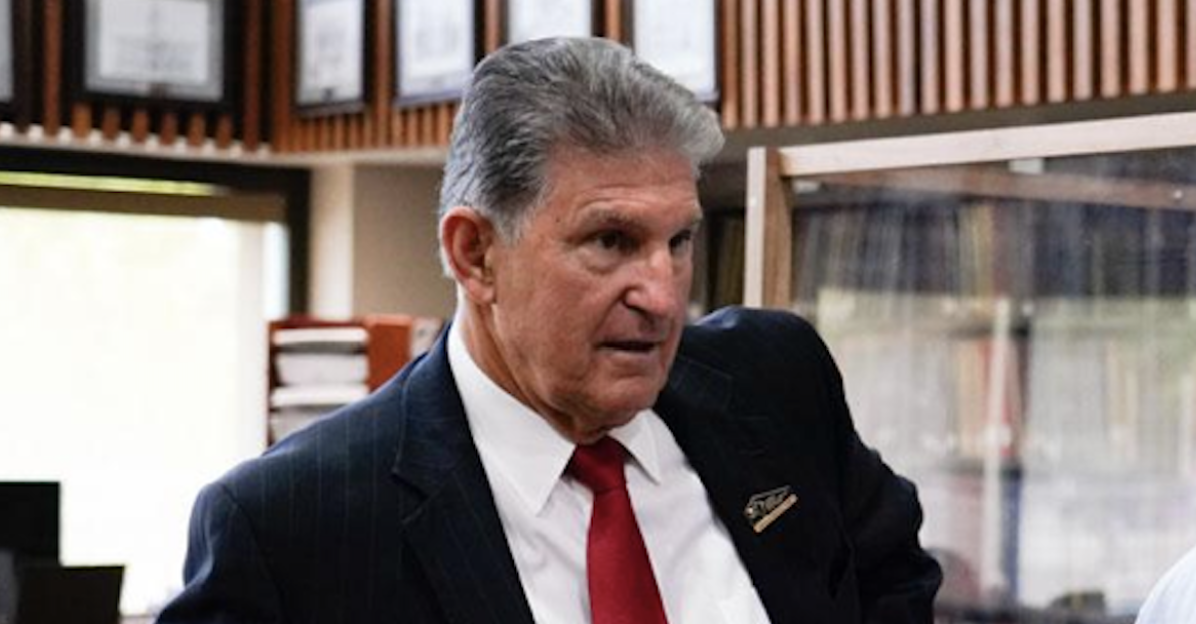 "I can't believe that Senator Manchin is agreeing to a massive tax increase in the name of climate change when our economy is in a recession. ... (T)his Democratic power grab through reconciliation will make every economic problem in America worse. Terrible deal." —Sen. Lindsey Graham (R-SC)

"Democrats have already crushed American families with historic inflation. Now they want to pile on giant tax hikes that will hammer workers and kill many thousands of American jobs. First they killed your family's budget. Now they want to kill your job too." —Senate Minority Leader Mitch McConnell (R-KY)

Earlier this month, Grassfire warned our team members that a new Joe Biden "Build Back Better" boondoggle was on the horizon. (See below.) Sadly, we were right. Click here or on the banner below to sign the national "Stop The Spending Scam!" petition:

The Biden regime is using "climate change" and ObamaCare as excuses to spend BILLIONS more tax dollars, increase inflation and throw the U.S. even further into a recession. The economic damage from this latest version of the "Build Back Broke" boondoggle could be disastrous.

Thank you for supporting life, liberty and limited government.

P.S. In October 2010, Manchin said, "I don't think, during a time of recession, you mess with any of the taxes or increase any taxes." But now, he's changing his tune. The West Virginia Democrat is going all-in on another Biden SPENDING SCAM -- even though Americans received confirmation yesterday that the U.S. economy is IN A RECESSION. Go here to take action to stop his party's "Build Back Broke" boondoggle:

The Inflation Reduction Act of 2022 ... would have a 15 percent minimum corporate tax that is estimated to raise $313 billion. The legislation would also raise $124 billion from enhanced tax enforcement by the IRS.

According to FOX News, "Roughly $433 billion will be spent on energy and climate provisions, as well as an expansion of the Affordable Care Act." Republicans on Capitol Hill are sounding the alarm on the "Inflation Reduction Act of 2022," saying the economic damage that will result from this latest version of the Joe Biden's SPENDING SCAM will be disastrous. (We'll share Senate GOP reactions in our next update.)

The goal of Joe Biden's "Hate America" agenda is "fundamentally transforming the United States of America" into a "woke," socialist, police state. The runaway government spending embedded in these SPENDING SCAMS appeal ONLY to the most radical, unhinged leftists who think BIG GOVERNMENT is the solution to every problem. But these dirty deals are leading to historic inflation and pushing the U.S. economy into a recession.

The Senate is expected to vote on The Inflation Reduction Act of 2022 next week. You can urge GOP leaders and Sen. Joe Manchin (D-WV) to "Stop The Spending Scam!" Click here or on the banner below to add your name to the national petition calling on Senators to save the U.S. from becoming "America The Socialist":

"America First" patriots must NOT give up on this fight! "We the People" will lose BIG if this new "Build Back Broke" boondoggle is signed into law. Joe Biden and his radical, far-left allies in the House and Senate want to ruin America's future by passing another HUGE expansion of the federal government that will RAISE TAXES AND INCREASE INFLATION by spending BILLIONS on "climate change" and expanding ObamaCare.

Democrat Senator Joe Manchin of West Virginia has repeatedly said the price tag of Joe Biden's "Build Back Better" agenda is too high and has refused to support it. Now, he's changing his tune and is going all-in on HUNDREDS OF BILLIONS in new spending.

Grassfire is empowering you to take immediate action to "Stop The Spending Scam!" If you reject the Unhinged Left trying to use trillions of taxpayer dollars to build a super highway to socialism, click here to add your name to the national petition now. This is an opportunity to make your voice heard on Capitol Hill. Thanks, in advance, for taking a stand today.

P.S. EVERY Senate Republican must vote "NO!" to save our great nation from becoming "America The Socialist." The Biden regime's "Build Back Broke" agenda is a threat to YOUR constitutional liberties, personal freedoms and way of life. To defeat it, "America First" patriots MUST rise up and take action! Click here or on the banner below now to sign the "Stop The Spending Scam!" national petition: