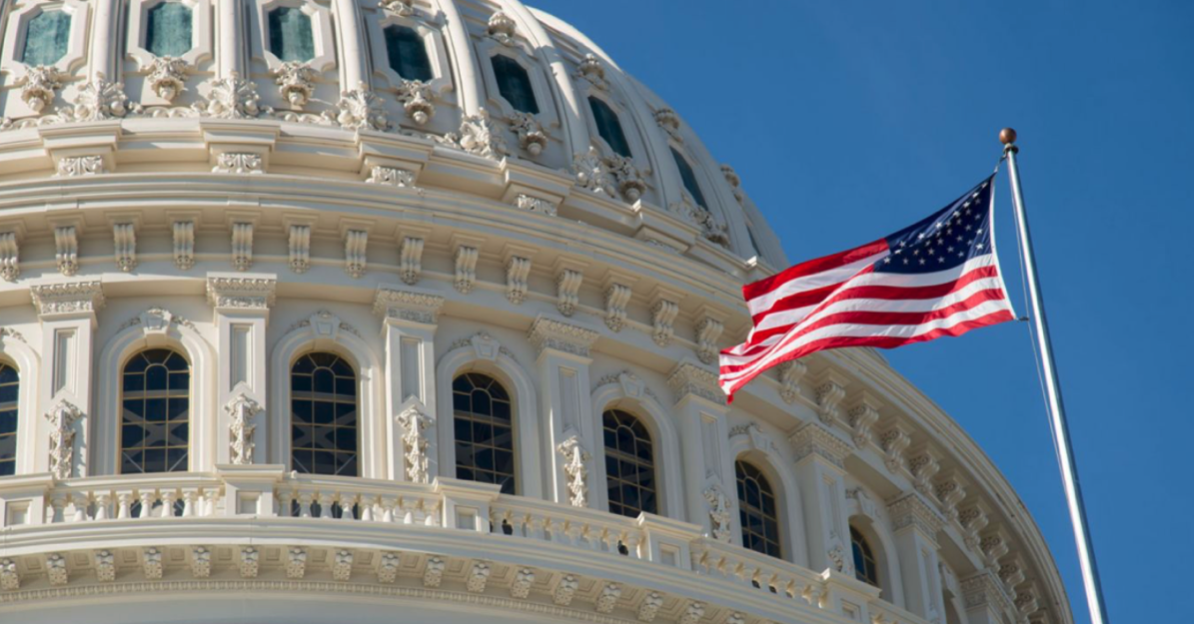 Senators will vote soon on whether or not their impeachment trial of President Trump is constitutional. The obvious answer to members of the Upper Chamber should be "NO!" based on who's presiding. The United States Constitution, one of America's chief founding documents, clearly states in Article 1, Section 3, Clause 6:

"When the President of the United States is tried, the Chief Justice shall preside."

But instead of Chief Justice John Roberts, Sen. Patrick Leahy of Vermont, the longest serving Democrat in the Upper Chamber, is presiding. That should tell Senators all they need to know about the credibility and constitutionality of these sham impeachment proceedings.

Radical Democrats, the Unhinged Left and the FAKE NEWS media have tried to claim that, since Donald Trump is no longer president, Chief Justice Roberts can be replaced by the Senate President pro tempore (Sen. Leahy). But by that same reasoning, if America's former commander-in-chief is now a private citizen, then the Senate has no jurisdiction in an impeachment trial!

In this morning's message (see below), Grassfire encouraged our team members to take action by demanding Senators vote today to end impeachment proceedings against America's 45th president. Your "Reject The Impeachment Witch Hunt!" faxes can reach every U.S. Senator with your personalized message in just minutes.

On January 26, 90% of GOP Senators (45 out of 50) stood with President Trump and voted that his impeachment trial is unconstitutional. Six more votes TODAY are all that's needed to reject this third witch hunt against America's 45th president.

Click here BEFORE the Senate votes about an hour from now. Thanks, in advance, for taking immediate action.

The first BIG vote in the Senate's impeachment trial against President Trump takes place TODAY. See our urgent update below and find out what action you can take to pressure Senators to reject this third witch hunt against America's 45th president! --Grassfire

Grassfire just received an email from the office of Senate Minority Leader Mitch McConnell (R-KY), confirming that the impeachment trial will begin at 1:00 p.m. ET today. McConnell's staff shared what America can expect to see in the Senate chamber this afternoon on Capitol Hill:

Four (4) hours equally divided between House managers and the Trump defense team on the question of "the jurisdiction of a court of impeachment for acts committed while President of the United States, notwithstanding the expiration of his term in that office."

IF more than 50 Senators vote this afternoon that attempting to impeach a former president is unconstitutional -- 45 GOP Senators are already on record saying it is -- this bogus trial ends TODAY. McConnell's office expects today's vote to fail, but grassroots Americans can't afford to be that cynical.

There are 50 Republicans in the Senate. Five of them stood with Dems and voted on January 26 that Trump's trial WAS constitutional, even though it's not. If it was, the Chief Justice of the Supreme Court, John Roberts, would be presiding. Instead, it's Sen. Patrick Leahy from Vermont -- a Democrat who already voted to impeach the President after his first bogus impeachment by the House. (How can he be trusted to be impartial?)

If the GOP stands together, all they need is ONE Democrat's support to put this sham impeachment trial behind America. Here are the names of six Senators who MUST reject this third witch hunt against President Trump TODAY:

Manchin is the most conservative Democrat in the Senate. That's why, this morning, we've added him to LEVEL ONE of our "Reject The Impeachment Witch Hunt!" FaxFire.

Dems have almost no chance of convicting President Trump on the House's easily disputable impeachment charge of "incitement of insurrection." Yet, they're hellbent on moving forward anyway -- unless today's vote ends the entire trial!

Grassfire is empowering you to make your voice heard. Our "Reject The Impeachment Witch Hunt!" FaxFire empowers you to tell all 50 GOP Senators and Democrat Joe Manchin to end President Trump's unconstitutional impeachment trial TODAY!

Demand the GOP denounce a Senate trial and vote to end impeachment proceedings against America's 45th president! Your "Reject The Impeachment Witch Hunt!" faxes can reach every GOP Senator with your personalized message in just minutes. Click here or on the banner below to immediately fax 51 Senators for just $30:

In an article posted this morning, Politico provided some important insight about today's proceedings:

"Watch this vote carefully. It will give us a good indication right away about whether any Republicans beyond the usual suspects like MITT ROMNEY and SUSAN COLLINS are open to conviction. ... We’ll learn today if any Republicans have been persuaded." (Emphasis theirs.)

Last month, 90% of GOP Senators (45 out of 50) stood with President Trump against this week's unconstitutional impeachment trial. Democrats need an additional 12 Republicans to change their minds for a conviction, which is HIGHLY unlikely. But, as Politico says, we'll know more this afternoon.

Our unique FaxFire system enables you to reach inside the halls of Congress to urge Senate Republicans to stop this sham trial, which Sen. Rand Paul (R-KY) insisted two weeks ago is "dead on arrival." Click here now to immediately demand that Senators "Reject The Impeachment Witch Hunt!" against President Trump.

P.S. We're urging every grassroots patriot to make their voice heard TODAY by demanding 51 key Senators reject this witch hunt and vote that this impeachment trial is unconstitutional. Schedule your personalized faxes for immediate delivery to Senate offices now! Click here or on the banner below now to instantly send 51 "Reject The Impeachment Witch Hunt" faxes to 51 Senators for just $30: