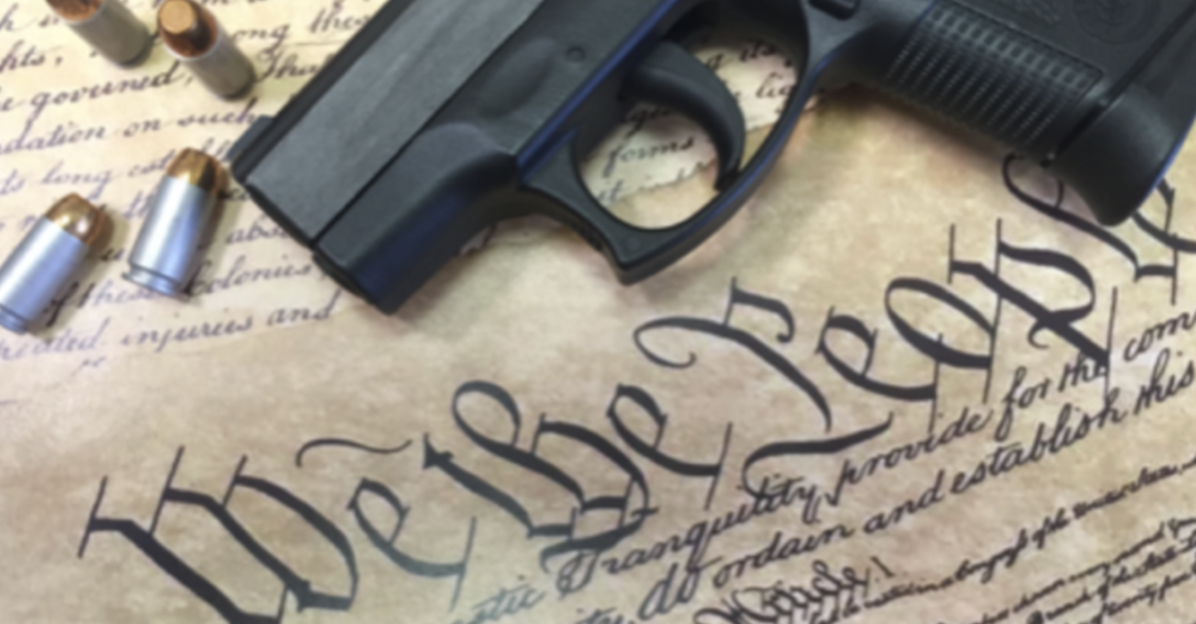 As of 1:15 p.m. ET, the House Judiciary Committee hearing about banning "assault weapons" continues on Capitol Hill. A vote on whether to advance H.R.1808 "Assault Weapons Ban of 2021" is expected soon. Both sides are passionately making their case to restrict or protect Americans' Second Amendment right to "keep and bear Arms." As expected, today's meeting has seen some intense exchanges between Democrats and Republicans.

If you agree with Jordan and his fellow GOP Representatives, there's still time to make your voice heard. You can fax House leaders and key Republicans on the House Judiciary Committee, right now, for only $15. A vote on advancing H.R.1808 to the House floor for a full vote next week is imminent!

Click here or on the banner below to immediately fax House Speaker Nancy Pelosi (D-CA), Minority Leader Kevin McCarthy (R-CA) and GOP Conference Chair Elise Stefanik (R-NY), along with up to 13 other Judiciary Committee members. Take action now to send your personalized "Protect The Second!" message to Capitol Hill:

Please see our previous "Second Amendment Updates" below to learn what's at stake today in the House of Representatives. Democrats are politicizing recent tragedies to attack your constitutional right "to keep and bear Arms." They're continuing the far-Left effort to hold the gun more responsible than the criminal -- at the expense of enabling law-abiding Americans to protect their lives and their loved ones.

Again, a vote to move the Democrats' anti-gun bill out of committee and to the House floor could happen at any time. Click here to fax now to protect the Second Amendment and "Stop Biden's Gun Grab!" Or see our previous emails below for more information. Thanks, in advance, for faxing key Representatives before today's pending Judiciary Committee vote.

Tomorrow morning, the House Judiciary Committee will meet to mark up a bill that calls for banning so-called "assault weapons." H.R.1808 was first introduced in the House of Representatives on March 11, 2021. But in the aftermath of recent, deadly mass shootings by heinous, depraved criminals, Democrats want to vote on the controversial, anti-Second Amendment legislation next week.

The "Assault Weapons Ban of 2021" seeks to outlaw and criminalize the actions of law-abiding Americans who want to exercise their constitutional right "to keep and bear Arms" by owning one of the nation's most popular firearms for personal and home protection. Below is some of the bill's text:

The prohibition does not apply to a firearm that is (1) manually operated by bolt, pump, lever, or slide action; (2) permanently inoperable; (3) an antique; or (4) a rifle or shotgun specifically identified by make and model. ...

The bill permits continued possession of, but prohibits sale or transfer of, a grandfathered LCAFD.

It's important to point out that "a" grandfathered SAW or LCAFD does not necessarily mean H.R.1808 will exempt "all" AR-style rifles and magazines purchased before the bill is signed into law. Grassfire is concerned that passing this legislation will be the first step in a wider effort by the Biden regime and the radical, unhinged Left to attack the Second Amendment by re-defining "assault weapons" and "high-capacity magazines."

Last month, when Joe Biden erroneously (and ridiculously) claimed a 9mm bullet "blows the lung out of the body," it marked a shift in the Democrats' anti-gun narrative away from so-called "assault weapons." Tucker Carlson of FOX News also picked up on it, saying:

"For years, it's been about the AR-15, but things are changing. Joe Biden is now calling for a ban on the ubiquitous 9mm round. ... People use them to protect their families. And if you take them away, Americans will no longer be able to defend themselves in the middle of a crime wave that was wholly manufactured by the same people who are trying to strip your guns from you. And that's, of course, the point. This is a power grab."

With Democrats controlling the House of Representatives, the Senate and the White House, you can count on them politicizing gun tragedies in hopes of disarming law-abiding Americans. This week, Reps could "overreach" by banning rifles that the FBI says "were involved in 3%" of firearm homicides in 2020.

You can take immediate action to ensure your constitutional rights to "keep and bear Arms" are NOT violated, infringed or repealed. Protect yourself and your loved ones by by signing "Protect The Second Amendment!" national petition. Oppose Joe Biden-led efforts to disarm the American people by making your voice heard on Capitol Hill. Click here or on the banner below now to sign the national petition to "Protect The Second Amendment!":

As American cities become battle zones of rising crime and gang violence -- and as the U.S. southern border disintegrates -- the Biden regime, radical Democrats and the Unhinged Left should NOT make it harder for law-abiding citizens to protect themselves.

Take immediate action by clicking here to add your name to the "Protect The Second Amendment!" national petition now. If this gun-control legislation advances to the Senate, Grassfire will deliver your petition to key congressional leaders, demanding they take action to protect your constitutional right "to keep and bear Arms"! Thanks, in advance, for taking action today.

Tucker: This is a power grab (FOX News)