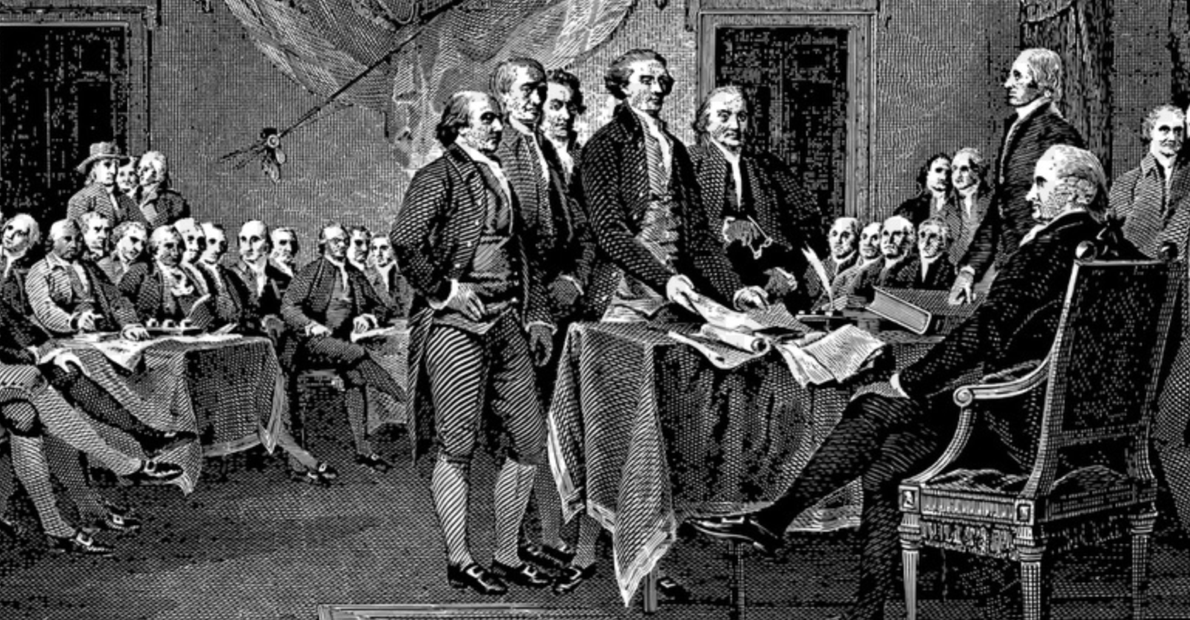 This is the kind of government our Founders warned us about. Please see the important update below. --Grassfire

The Wall Street Journal has issued ANOTHER WARNING about Joe Biden's "Build Back Better" boondoggle. The newspaper's editorial board wrote this week that "If the $4 trillion House spending bill passes, the U.S. will have the highest combined federal and state personal income tax rate in the developed world." THAT'S how bad the Democrats' SOCIALIST SPENDING SCAM is! Here's more from Tuesday's article:

We've been here before, alas. A previous bout of envy politics in the middle of the last century pushed the top income tax rate above 90%. But over time that crazy high rate yielded less and less revenue as rich taxpayers, aided by Congress, found ways to dodge them. ...

We realize it's impolite to mention this tax history these days since we live in an era when the wealthy are supposed to be punished for their own sake. Which means we may have to learn these lessons in economic reality again the hard way—from painful experience.

How is this multi-trillion-dollar, tax-and-spend monstrosity of progressive pork NOT an economic takeover of America's economy? This degree of expansion in the size of the federal government -- the largest in U.S. history -- is NOT what our Founders intended. In fact, it's what they WARNED us about! It's socialism, plain and simple.

Colonists threw tea in Boston Harbor for less than this! Ironically, in a 1976 interview, when she was Britain's Conservative Party Leader, Margaret Thatcher warned against the failed economic and political system.

"Socialism is reducing liberty and freedom for ordinary people, and that's really what matters," the future prime minister insisted. "Socialist governments traditionally do make a financial mess. They always run out of other people's money. It's quite a characteristic of them. They then start to nationalize everything, and people just do not like more and more nationalization, and they're now trying to control everything by other means. They're progressively reducing the choice available to ordinary people."

The House WILL BEGIN DEBATE on Joe Biden's $4-trillion "Build Back Better" boondoggle TODAY, and a vote could occur within the next 24 to 36 hours. (See our previous SPENDING SCAM update below for more information.) That's why we're empowering you to take action NOW. Utilize our unique FaxFire system to make your voice heard in the halls of Congress today!

👉 ATTENTION GRASSFIRE VIPS: Go here to send your "Stop The Spending Scam!" faxes for 80% off! Not a VIP? Go here to send this fax at an 80% discount. (Having trouble accessing your benefits? Go here.)

Merriam-Webster defines socialism as "a stage of society in Marxist theory transitional between capitalism and communism and distinguished by unequal distribution of goods and pay according to work done." This is the VERY REAL THREAT America is facing -- RIGHT NOW. The next few days and weeks WILL decide the future of our great nation. Don't wait to fight back! Go here to fax now.

Grassfire representatives will deliver tens of thousands of "Stop The Spending Scam!" petitions on Capitol Hill TODAY! Click here to INCREASE THEIR IMPACT by instantly sending 45 "Stop The Spending Scam!" faxes to key lawmakers in Washington, D.C. now for just $25. Or reach 90 Reps and Senators for only $50. To send your own faxes, click here. If you missed yesterday's update, go here for more information. Thank you, in advance, for making your voice heard.

P.S. This is a crucial time in our nation's history. What's happening in Washington, D.C. right now will shape the very future of America. Do you support Joe Biden's and the Democrats' slide into socialism? If not, liberty-loving patriots MUST fight back! Take immediate action by clicking here or on the banner below to send your "Stop The Spending Scam!" faxes now: