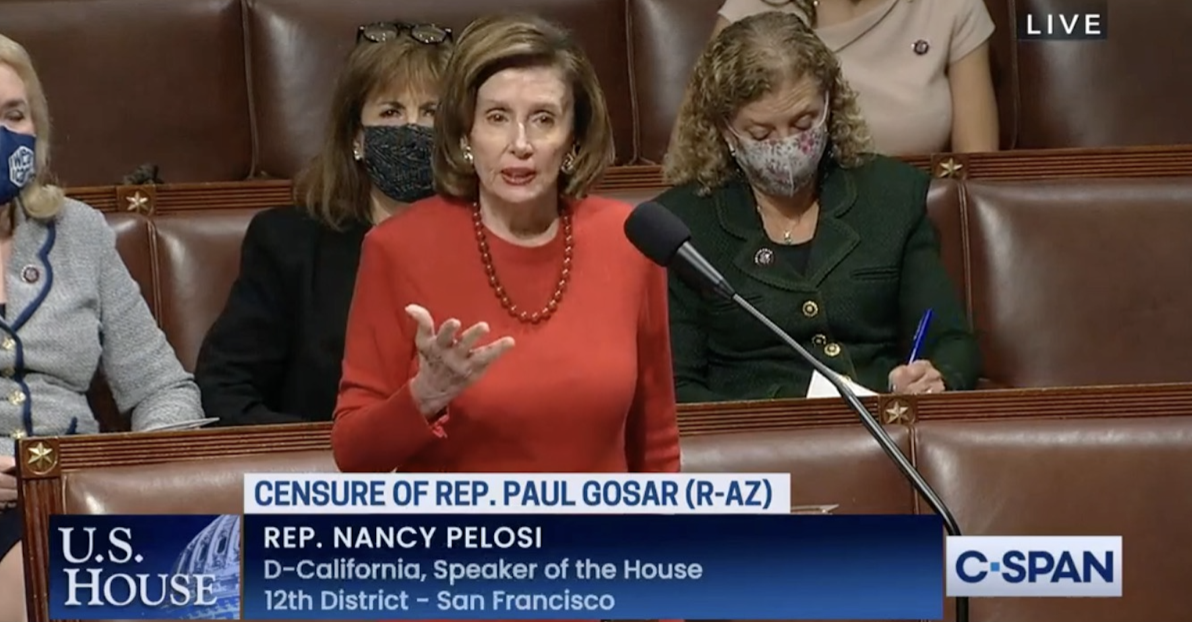 A source on Capitol Hill tells Grassfire that a vote on Joe Biden's and the Democrats' SOCIALIST SPENDING SCAM could happen as soon as TOMORROW! But it's more likely that Representatives will decide the fate of the multi-trillion-dollar, tax-and-spend monstrosity of progressive pork on Friday. Either way, a crucial vote on America's future is imminent!

The Biden regime's "Build Back Better" boondoggle will dictate who we are as a nation moving forward. Will America remain the land of life, liberty and limited government? Or will the radical, unhinged Left push the United States off a fiscal cliff into full-blown socialism. Click here to fax 45 lawmakers now for only $25 and demand they "Stop The Spending Scam!"

If there was ever a time for grassroots patriots to fight, it's now! On Monday, The Hill reported that the SOCIALIST SPENDING SCAM isn't the only battle to be waged on Capitol Hill over the next few weeks. Joe Biden's "Build Back Better" boondoggle "will compete for floor time with two huge but separate fiscal fights: one to fund the federal government and stave off a shutdown, the other to prevent a first-ever default on the nation’s debt, which the Treasury Department has warned would happen after Dec. 3."

+ + The Next Few Weeks Are Crucial To America's Future!

Decisions made in Washington, D.C. during November and December WILL determine the future of our great nation. That's why Grassfire is empowering you to make your voice heard on Capitol Hill NOW. Liberty-loving Americans, like you, MUST engage in the battle to save the United States from turning socialist!

With a key vote expected TOMORROW or FRIDAY, Grassfire completely updated the House version of our "Stop The Spending Scam!" FaxFire. For as low as $25, you can make a BIG IMPACT!

Click here or on the banner below NOW to make your voice heard! Rush 45 faxes to Capitol Hill for just $25 -- a 44% discount:

Radical, unhinged Democrats are "racing" to pass "Phase 2" of the SOCIALIST SPENDING SCAM this week! They claim the cost of the bill is "only" $1.75 trillion, but The Washington Times insists Joe Biden's "Build Back Better" boondoggle is a "bait and switch" that will cost more than $4 trillion. Reportedly, $10.5 billion of that money will be payouts to illegal aliens!

The only thing "Build Back Better" finances is a super-highway to socialism off the backs of American taxpayers. There's nothing "better" about "building" that! "Phase 2" of the Biden regime's SOCIALIST SPENDING SCAM finances a far-left "wish list" of progressive pork. This bill is a bitter recipe for raising taxes, increasing inflation, destroying the economy and "fundamentally transforming" the U.S.

This multi-trillion-dollar legislation is a blueprint for full-blown socialism. But you can push back against the "Hate America" crowd's efforts to turn our great nation into "The United States of Socialism." Grassfire is empowering you to immediately contact up to 90 lawmakers, including two key Senators, who can de-rail Joe Biden's "Build Back Better" boondoggle.

Radical Democrats are on record promoting paid leave, childcare, "caregiving," police accountability, election "reform," affordable housing, fighting "climate change" and even packing the Supreme Court as "infrastructure." To progressives, "infrastructure" is whatever they say it is. The Unhinged Left is trying to use trillions of taxpayer dollars to build a super highway to socialism, while rewarding illegal aliens for breaking U.S. law!

The Wall Street Journal calls the SPENDING SCAM "rotten tax policy" and "increasingly unpopular," adding: "The best result would be for the entire farce to collapse from its own dead weight." Their editorial board insists the costs are"phony" but "the social and fiscal damage are real." The newspaper even urged taxpayers to take action against it: "Americans should be shouting from the rooftops to stop this steamroller before they wake up to a government that dominates their lives in a country they don't recognize."

Even if you've sent "Stop The Spending Scam!" faxes before, please consider taking action again. A "No" vote by Sinema or Manchin means Democrats won't have the 50 votes they need to pass this heinous legislation. Click here to let those two Senators, House leaders, 13 RINO Reps and "vulnerable" House Democrats know where you stand. To send your own faxes, click here for a list of FaxFire targets and their contact information. Thanks, in advance, for making your voice heard today.

P.S. Right now, Grassfire representatives are preparing to deliver more than 10,000 "Stop The Spending Scam!" petitions to Sen. Sinema, Sen. Manchin and Republican Senate leadership. You can increase the impact of that pending delivery by taking immediate action! Click here or on the banner below to fax up to 90 key lawmakers on Capitol Hill now for only $50: