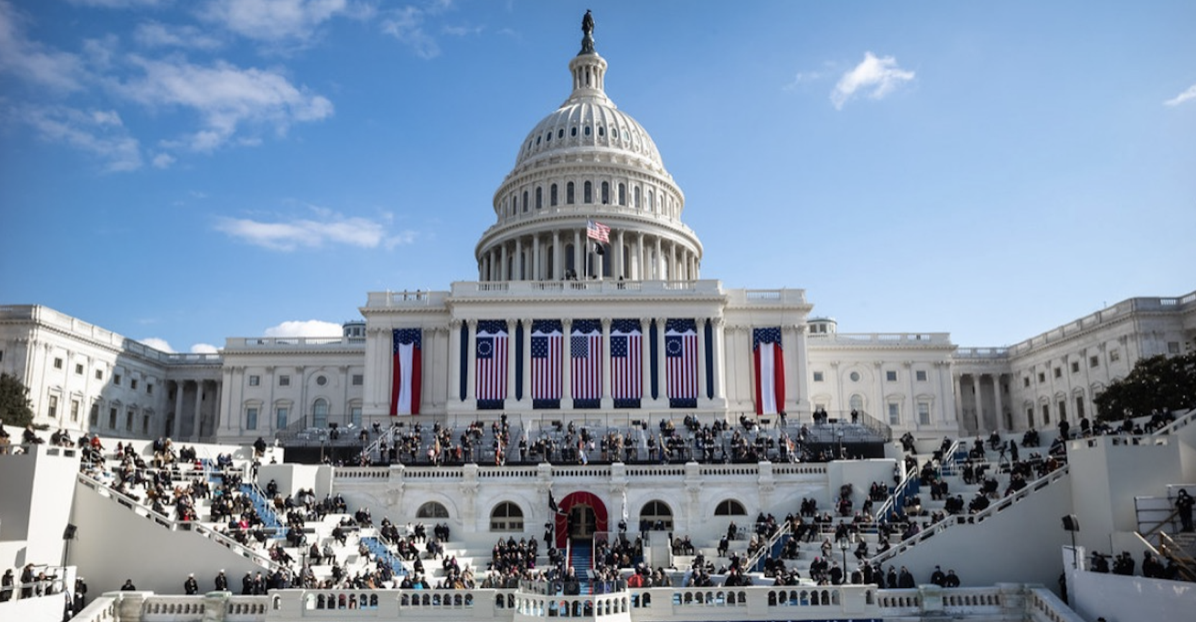 Democrats are trying to use the anniversary of the January 6 Capitol breach as an excuse to STEAL FUTURE ELECTIONS. The irony is that the thousands of Trump supporters in Washington, D.C. a year ago were protesting what many still believe is a stolen election!

In our previous update (see below), we told you how Senate Majority Leader Chuck Schumer (D-NY) wants to pass the radical, unhinged Left's "Corrupt Politicians Act" THIS WEEK. Grassfire also warned that when Republicans block it (for the fifth time), Schumer will try to use that as an excuse to "nuke" the Senate filibuster.

Thankfully, Sens. Kyrsten Sinema (D-AZ) and Joe Manchin (D-WV) still support the long-standing, 60-vote threshold needed to pass most bills in the Upper Chamber. That's why we plan to include both "moderates" in our "Protect Our Elections!" petition delivery.

Click here or on the banner below to INSTANTLY sign the national petition to "Stop The Corrupt Politicians' Act!" now: 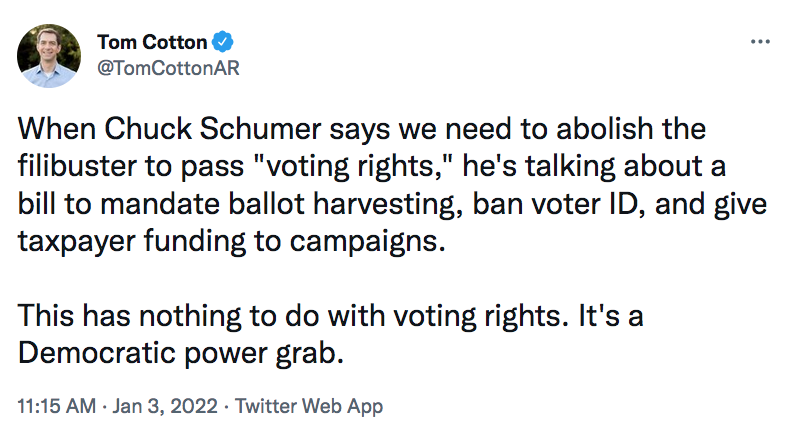 When Chuck Schumer says we need to abolish the filibuster to pass "voting rights," he's talking about a bill to mandate ballot harvesting, ban voter ID, and give taxpayer funding to campaigns. This has nothing to do with voting rights. It's a Democratic power grab.

Grassfire wants to mobilize a petition delivery to Senate leaders on Capitol Hill THIS WEEK. If you want to be included and make your voice heard in the fight to stop radical Democrats from stealing future elections, click here to INSTANTLY add your name to the "Stop The Corrupt Politicians' Act!" national petition. Thanks, in advance, for taking action today.

P.S. If you missed last night's ELECTION STEAL update, we've included it below. Or go here to take immediate action against Schumer and his fellow far-Left Democrats by INSTANTLY signing the "Corrupt Politicians Act" national petition:

The "swamp rats" have returned to Washington, D.C. and are reportedly set to launch another ELECTION STEAL effort. According to POLITICO, Senate Majority Leader Chuck Schumer (D-NY) wants to address "voting rights" legislation THIS WEEK. Radical Democrats failed to pass what Republicans dubbed "The Corrupt Politicians' Act" in October, but they apparently want to kick off 2022 by trying again. This morning, POLITICO reported:

In the Senate, we hear from well-positioned sources, there's a desire to take the opportunity to supercharge the party's long-stalled voting rights legislation — possibly even using the anniversary to try to get Sens. KYRSTEN SINEMA (D-Ariz.) and JOE MANCHIN (D-W.Va.) to go nuclear on the filibuster or embrace rules changes. ... Yet some Dems think that an argument pegged to Jan. 6 could win over Sinema and Manchin, the party's two major holdouts against making an end run around the filibuster to pass the voting bill. (Emphasis theirs.)

By now, conservatives know that "voting rights" is Democrat code for hijacking future elections. "America First" patriots also know the radical, unhinged Left, the "woke mob" and FAKE NEWS will continue to breathlessly report about the January 6, 2021 breach of the Capitol Building as "one of the darkest days in American history." If only those same people had reported on the months of BLM/Antifa riots with the same vigor and conviction.

During a Senate Rules Committee hearing in May, Sen. Ted Cruz (R-TX) called a nearly identical, "partisan power-grab" by Democrats: "The most radical legislation the Senate has considered in the nine years I've been here. ... This legislation is designed to ensure that Democrats never lose another election."

Attorneys General in 20 states have threatened to sue the federal government if the Democrat power-grab becomes law. This legislation is dangerous, un-American and seeks to tilt ALL future elections toward Democrats. To stop it from becoming law, grassroots patriots must take action now. Make your voice heard by adding your name to the "Stop The Corrupt Politicians' Act!" national petition!

Don't let Democrats ENGINEER future election results! Click here to sign the national petition to "Stop The Corrupt Politicians' Act!" now. Grassfire is mobilizing our representatives to deliver tens of thousands of petitions on Capitol Hill THIS WEEK. Thanks, in advance, for taking a stand today.

P.S. Again, reports indicate that Schumer wants a Senate vote on the "Freedom to Vote Act" THIS WEEK. So, we're empowering our team members to take immediate action against the Democrats latest partisan power-grab. Click here or the banner below to PROTECT OUR ELECTIONS by signing the national petition to "Stop The Corrupt Politicians' Act!" now: