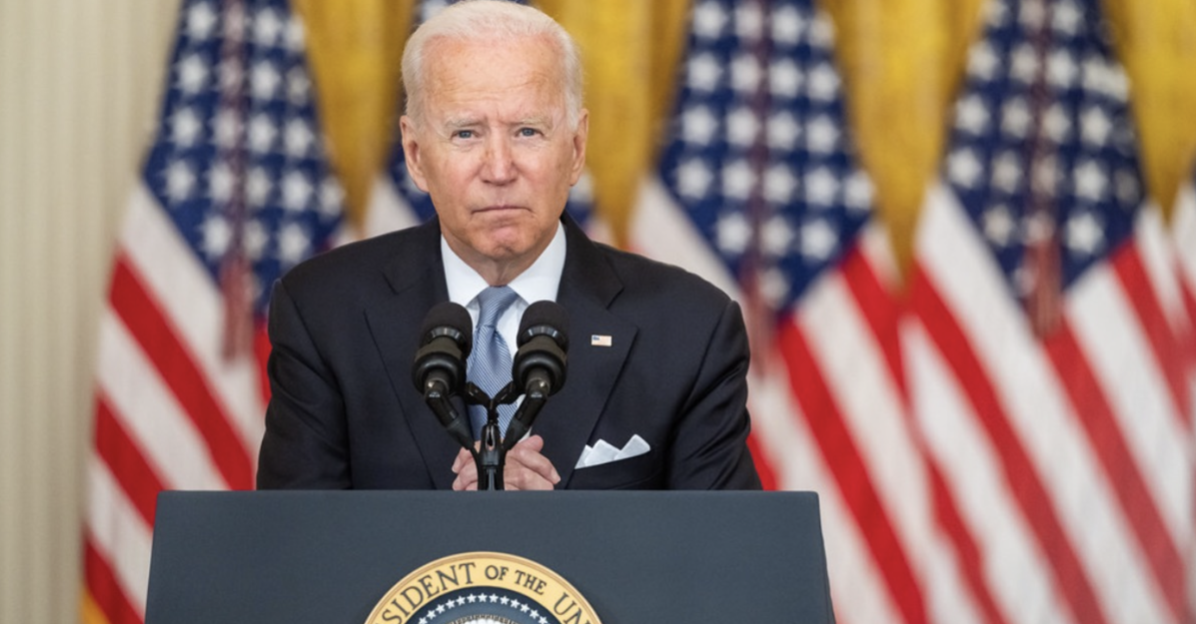 UPDATE (11:50 a.m. ET): We received an email update a short time ago from the office of House Minority Whip Steve Scalise (R-LA): "Multiple procedural votes are expected today." According to FOX News' Congressional Reporter Chad Pergram: "House Democrats hope to vote today on the infrastructure and social spending bills. But everything isn't baked yet."

Right now, Reps are STILL negotiating the SOCIALIST SPENDING SCAM on Capitol Hill, while Joe Biden is twisting arms, trying to get "moderate" Dems to support the multi-trillion-dollar reconciliation bill. Those lawmakers want to wait for the Congressional Budget Office (CBO) to "score" the 2,135-page legislation, so they'll know how much it costs. That process "could take until Thanksgiving."

Moments ago, FOX News reported that Democrats are "apparently lacking votes to pass their reconciliation bill." Now, is the time for American patriots to make their voices heard by faxing "vulnerable" House Democrats to demand they "Stop The Spending Scam!" Click here or on the banner below now to make your voice heard BEFORE today's votes:

House "progressives" are declaring victory in the SPENDING SCAM fight -- even before today's expected votes. They're pushing forward with their multi-billion-dollar, socialist wish-list, apparently having learned nothing from Democrat defeats and close calls in this week's elections. The Hill reports:

FOX News reports that House Majority Leader Steny Hoyer (D-MD) told Representatives last night: "The House will convene at 8:00 a.m. [ET] for legislative business tomorrow and will take votes on the Senate Amendment to H.R. 3684 – Infrastructure Investment and Jobs Act and the Build Back Better Act."

When Grassfire learned of the pending SPENDING SCAM votes this week, we launched a new FaxFire targeting "vulnerable" House Democrats. We took the National Republican Congressional Committee's (NRCC) list of left-leaning Representatives most likely to lose their seat in 2022.

"In a cycle like this, no Democrat is safe," said NRCC Chairman Tom Emmer. "Voters are rejecting Democrat policies that have caused massive price increases, opened our borders, and spurred a nationwide crime wave."

Click here or on the banner below to urge "vulnerable" House Democrats to "Stop The Spending Scam!" Immediately fax your personalized message to 30 key Representatives on Capitol Hill for only $25:

Click here to INSTANTLY fax five members of House leadership and 35 of the most-vulnerable Democrat Reps in 2022 -- for only $25. Thanks, in advance, for making your voice heard.

P.S. If you missed yesterday's update announcing our new "Stop The Spending Scam!" FaxFire, please see below. Find out more about the Democrats' plan to forge ahead without public support and accelerate their push to turn our great nation into "America The Socialist." Click here or on the banner below to fax five House leaders and up to 70 vulnerable Democrat Representatives now:

A recent NBC News poll reveals that 71% of Americans think the country is headed in the wrong direction. That same survey indicates that Joe Biden's disapproval rating has risen to 54%. That's up 15% since April.

If that poll and Tuesday's elections proved anything, it's that Democrats should consider "tapping the brakes" on their radical, unhinged, far-left agenda. But that's not happening. They're moving full steam ahead to pass the Biden regime's multi-trillion-dollar SOCIALIST SPENDING SCAM.

When asked yesterday about Republican Glenn Youngkin's victory in the race for Virginia governor, House Speaker Nancy Pelosi (D-CA) told reporters: "The people have spoken. We respect the results." But when asked if those results change the House agenda, she replied with a simple: "No."

A former press secretary for Barack Obama's 2012 presidential campaign told POLITICO: "I don't think this complicates passage. ... I think it helps accelerate it." Former Rep. Tom Perriello (D-VA) insisted in that same article: "This should light a fire under frontline Democrats to get Build Back Better passed.”

Proof of that strategy reached Grassfire about an hour ago. We heard directly from the office of House Minority Whip Steve Scalise (R-LA) about the status of pending votes on the Biden regime's SOCIALIST SPENDING SCAM. Here's an excerpt from their email:

Due to this week's pending votes, we're launching an all-new "Stop The Spending Scam!" FaxFire TODAY that targets 70 "vulnerable" House Democrats identified this week by the National Republican Conference Committee. They published a list of Representatives most likely to lose their seat in 2022. If you oppose Joe Biden's SOCIALIST SPENDING SCAM, please take action NOW to let them know!

Click here or on the banner below to urge up to 70 vulnerable House Democrats to "Stop The Spending Scam!" Immediately fax your personalized message to 30 Representatives on Capitol Hill for only $25:

by becoming a Grassfire VIP...LEARN MORE

Last week, The Wall Street Journal called the SPENDING SCAM "rotten tax policy" and "increasingly unpopular," adding: "The best result would be for the entire farce to collapse from its own dead weight." The newspaper's editorial board also wrote that the costs are "phony," but they insist "the social and fiscal damage are real."

P.S. If possible, go the "extra mile" and select LEVEL TWO faxes to reach 55 Representatives for $40. Choose LEVEL THREE to fax 75 members of the U.S. House of Representatives for only $50. That's a savings of 33%! Don't let Democrats finance their radical, far-left agenda on the backs of hard-working, American taxpayers! Click here or on the banner below to fax five House leaders and up to 70 vulnerable Democrat Representatives now:

Dems vow to plow forward on Biden agenda, even after election faceplants (POLITICO)