URGENT: The House of Representatives is scheduled to VOTE TOMORROW MORNING on the egregious "Equality Act!" It is imperative that we take action now!

The House of Representatives is attempting to ram through the aggressive pro-LGBT "Equality Act" TOMORROW! The so-called "Equality Act" rewrites the Civil Liberties Act of 1964 by elevating "sexual orientation" and "gender identity" to a protected status.

This Act is one of the greatest threats to religious freedom we have ever seen.

Housed within the bill is a blatant attack on every Christian in America. It removes all faith-based protections against the LGBT movement's aggressive tactics! It obliterates religious liberty protections by raising the LGBT lifestyle above sincerely-held religious convictions. It nullifies the Religious Freedom Restoration Act of 1993.

Grassfire team members have already delivered thousands of faxes to Capitol Hill. We want to see thousands more faxes delivered in the next 24 hours leading up to the vote. It is imperative that our elected officials hear the voices of their constituents on this outrageous Act!

Go here now to schedule your faxes and get your message through to your members of Congress and key Republicans who are the last line of resistance against this bill in the House: 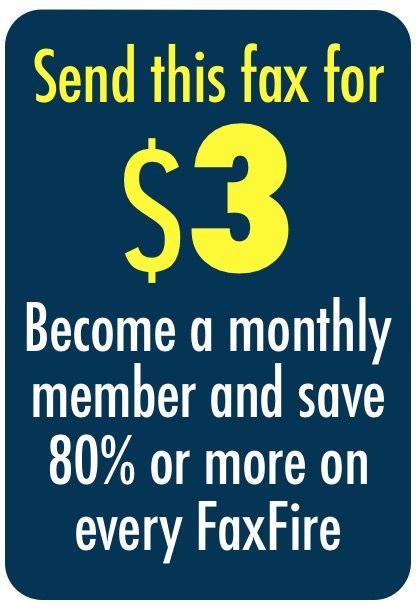 We encourage every team member to flood the Capitol Hill switchboard and contact their congressman and let him or her know where you stand on this issue.

Or go here to find your Rep.

+ + The ramifications of this bill are far-reaching.

In addition to nullifying the Religious Freedom Restoration Act and forcing Christians to violate their sincerely held beliefs, the Equality Act will MANDATE that doctors and hospitals perform sex-change operations on teenagers. As we noted in prior messages, this Act is a PARENTAL NIGHTMARE!

The Equality Act also puts Christians on the wrong side of the law. The bill does not exempt churches, religious organizations, or Christian schools. In fact, this hostile new bill specifically forbids citizens or organizations from raising a religious free exercise claim as a defense against it!

Dr. James Dobson has warned that the anti-faith Equality Act "is nothing but a thinly veiled attempt to finish off religious liberty in America once and for all, which ought to be plainly obvious based upon a cursory reading of the First Amendment."

This bill fails in its most basic premise: equality. It destroys the distinctions between male and female. It empowers men who identify as a woman to compete against women in sporting events. It forces biological women to share bathrooms, locker rooms and shower facilities with transgenders.

And, the Equality Act advances abortion services and taxpayer funded abortions through twisted language in the bill that identifies "sex" as including ...

The language of the bill asserts that "...pregnancy, childbirth, or a related medical condition shall not receive less favorable treatment than other physical conditions"

The key phrase here is "shall not receive less favorable treatment." In other words, a doctor or a hospital couldn't discriminate against those seeking an abortion. And since the Equality Act specifically rejects any religious exemption that may be provided by the Religious Freedom Restoration Act, faith-based hospitals and Christian doctors and nurses will not be able to raise a conscientious objection.

These are just a few of the many reasons why the Equality Act must be defeated! We must take action TODAY!

P.S. Again, the House floor vote is NOW SCHEDULED FOR FRIDAY! Our representatives hand-delivered thousands of petitions on behalf of our team members. Now, you can join with others in taking action to flood Congress with thousands of faxes!  Go here to send faxes:

Updates on the Equality Act