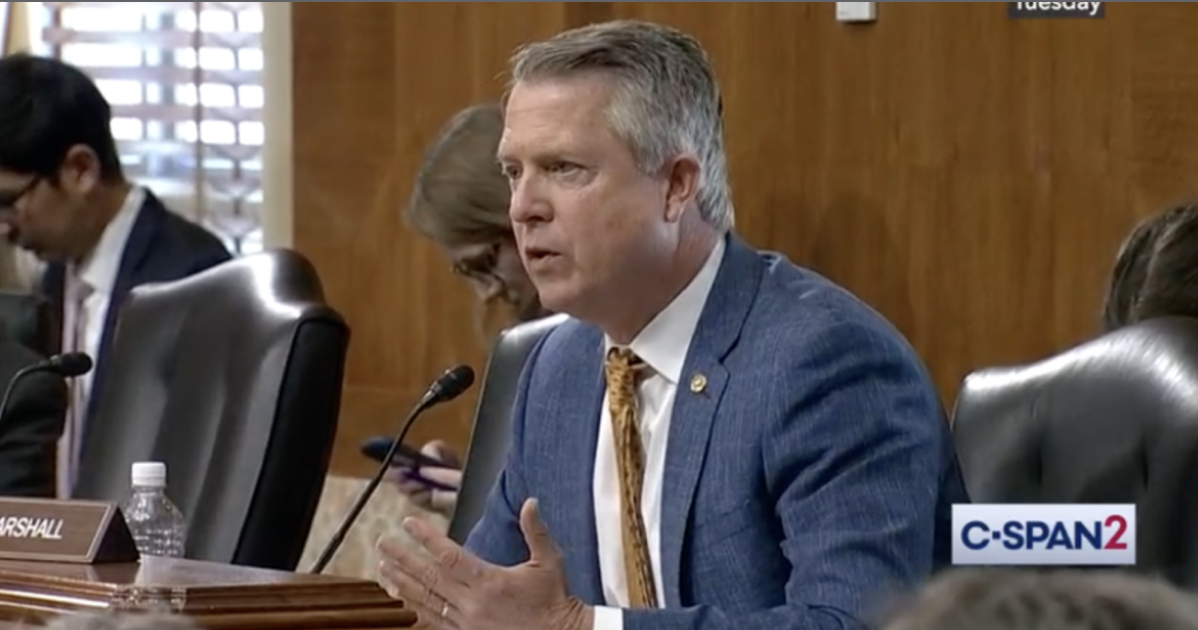 Illegal aliens are crossing America's borders "like an invading army," according to some reports. Yesterday, Grassfire saw footage that is so shocking we had to post it on our website so team members could see for themselves. Click here to watch the video captured by a Texas Department of Public Safety helicopter.

It's abundantly clear that America is in the midst of the worst border crisis our great nation has ever seen. Yet, the failed Biden regime is doing NOTHING to stop the flood of illegal aliens invading the U.S. southern border. You can tell Senators to demand Joe Biden "Stop The Invasion!" and protect America's sovereignty, security and way of life.

Lawmakers must hear your voice in the fight to protect the United States from the dangers of illegal immigration. "America First" patriots MUST NOT stay silent!

Congress is sitting on their hands as our great nation continues being threatened by a crisis that is turning into a catastrophe at America's southern border. See our previous "Invasion Update" below to find out why Sen. Roger Marshall (R-KS) called the situation at the U.S.-Mexico border "much, much worse" than the refugee situation in Ukraine.

Take immediate action to make your voice heard! Click here or on the banner below to sign the "Stop The Invasion!" national petition. Urge Republicans to demand Joe Biden secure the U.S.-Mexico border now:

By opening the floodgates wide to a massive surge of illegal aliens, Joe Biden and his regime's open-border policies are encouraging a literal invasion at the United States border. Congress must act to protect America's sovereignty, security and way of life.

Don't let Joe Biden and his failed administration stay asleep at the wheel. Make your voice heard in the fight against illegal immigration! Click here to add your name to the "Stop The Invasion!" national petition now. Thank you, in advance, for taking action today.

P.S. In yesterday's "Invasion Update" email (see below), we told you about a video showing dozens of illegal aliens, in camouflage, rushing across the U.S. border. Grassfire decided to post that video on our website today. Click here to watch it and make up your own mind. Go here to call on GOP Senators and Reps to "Stop The Invasion!" now:

"The biggest, the most threatening situation right now from a national security standpoint to the people in Kansas is the southern border. Most every day, somebody in Kansas dies from fentanyl poisoning. ... We need to spend $25 billion right now to fix this border. I'm calling on Joe Biden to come down and see for himself what's really going on."

Last week, Marshall was one of only 11 GOP Senators to vote against sending 40 BILLION MORE taxpayer dollars to Ukraine. He insists America's border "is the priority" -- not fighting a proxy war against Russia:

"I just was at the Poland-Ukraine border three weeks ago, and the sea of humanity I'm seeing here is much, much worse. ... I'm a physician. I've done humanitarian work all across the world. I shouldn't be emotionally disturbed by what I'm seeing, and what I've seen these past four days literally makes me want to vomit. It's so horrifying."

A handful of Senate Democrats are joining Republicans in co-sponsoring a bill that would pressure Joe Biden to do more to stop the "human tragedy" at America's southern border. If you want to see that bill become law, you can tell them by taking action now. Grassfire is giving team members the opportunity to make their voices heard on Capitol Hill!

It's almost impossible to argue against the idea that America is being invaded. Since the failed Biden regime rose to power in Washington, D.C., more than two million illegal aliens have crossed the southern border. On Monday, video shot by a Texas Department of Public Safety helicopter showed a group of about 30 men dressed in camouflage, rushing across the U.S. border. Citizen Free Press posted a photo they said "looks like an invading army." 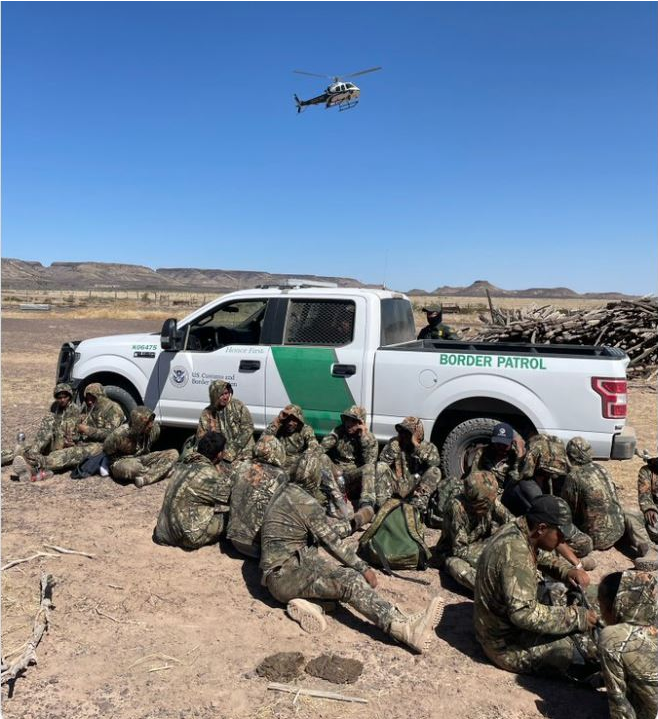 A reported 60,000 "migrants" were waiting on the Mexican side of the southern border for Title 42 to expire. The Trump-era health-policy order allowed for immediately expelling "migrants" due to the COVID pandemic. (By comparison, 57,000 U.S. troops stormed Omaha and Utah Beaches on D-Day in 1945.) A federal judge ruled last week that the Biden regime must keep Title 42 in place -- for now.

You can demand Republicans AND Democrats secure America's southern border now! Lawmakers must hear your voice in the fight to protect the United States from the dangers of illegal immigration. "America First" patriots CANNOT stay silent!

P.S. Again, more than two million illegal aliens have crossed America's southern border since Joe Biden was installed as "Commander-in-Chief." By releasing them into our communities, his regime is directly and deliberately threatening America's sovereignty, security and way of life. Grassfire representatives are prepared to deliver "Stop The Invasion!" petitions to GOP leaders on Capitol Hill once we reach 25,000 signatures. To be included in that upcoming petition presentation, go here to sign now: