Sen. Cruz: "Most extreme and the furthest-left justice ever" 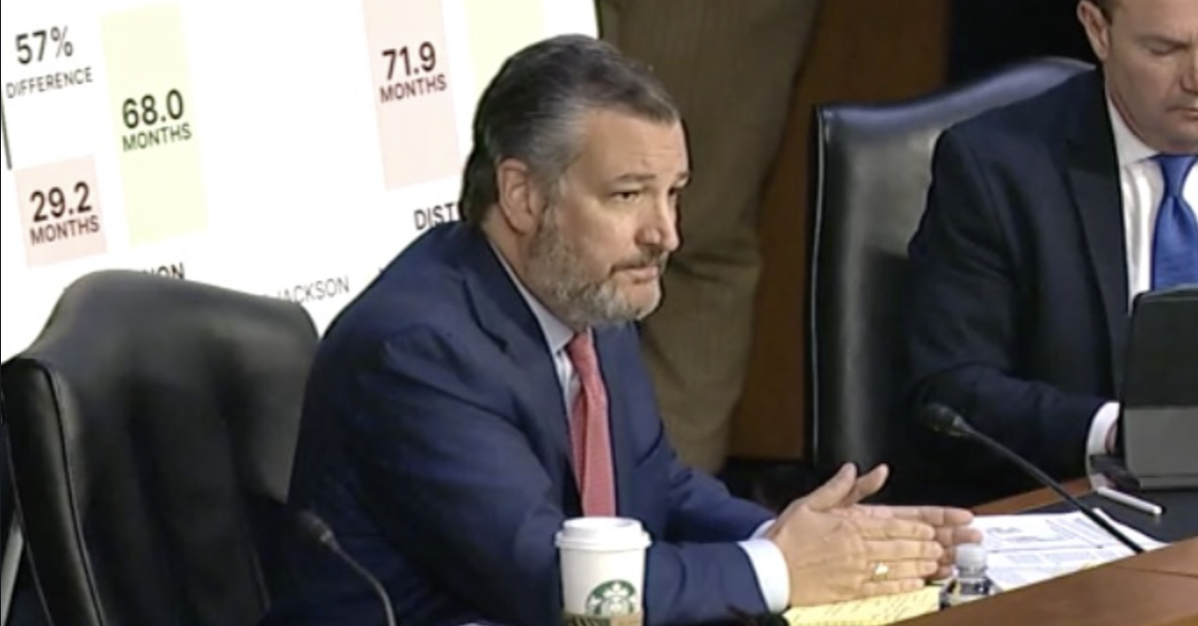 A "crash" of RINOs are on the verge of helping confirm Joe Biden's SCOTUS pick, Judge Ketanji Brown Jackson. Sen. Ted Cruz (R-TX) thinks this nominee "will prove to be the most extreme and the furthest left justice ever to serve on the United States Supreme Court." Catholic News Agency reports:

Among other issues, Cruz claimed that Jackson would vote against 2nd Amendment rights, free speech rights, border enforcement, religious liberty, school choice, and "every single reasonable restriction on abortion across the country," including restrictions on partial-birth abortion and requirements for parental notification or consent.

He also highlighted Jackson's record on crime sentencings, which he called "out of the mainstream" and "extreme."

"In 100% of the child pornography cases where Judge Jackson had discretion," he said, "she sentenced not just below the guidelines, but below where the prosecutor asked, and usually substantially below."

Even in the face of Cruz's findings, three Republicans and EVERY Democrat Senator still think Joe Biden's Supreme Court nominee is a suitable choice for a lifetime appointment to America's High Court. If you disagree and want Senators to vote against Mr. Biden's SCOTUS pick, you can IMMEDIATELY make your voice heard!

See our previous update here to learn about Grassfire's urgent, action items for this week. Or click here to instantly send your personalized "Vote 'No!' faxes to Senators on Capitol Hill now:

A final vote on Judge Jackson's nomination could happen in 48 hours. If you don't want an "activist judge" serving on the Supreme Court of the United States (SCOTUS), use the time remaining to make your voice heard. Call or fax Senators now!

"America First" patriots have two days to convince three RINOs to change their SCOTUS vote! To send your own faxes, click here for a list of Senate FaxFire targets and their contact information. Thank you, in advance, for taking action today.

P.S. The clock is ticking on confirming someone Sen. Cruz fears will be "the most extreme and the furthest left justice ever." If you agree, click here or on the banner below to IMMEDIATELY send your personalized "Vote 'No!' On Biden's SCOTUS Pick!" faxes to Capitol Hill now:

Two days to convince three RINOs to change their SCOTUS vote
Sen. Cruz: "Most extreme and the furthest-left justice ever"
Read the blog at Grassfire