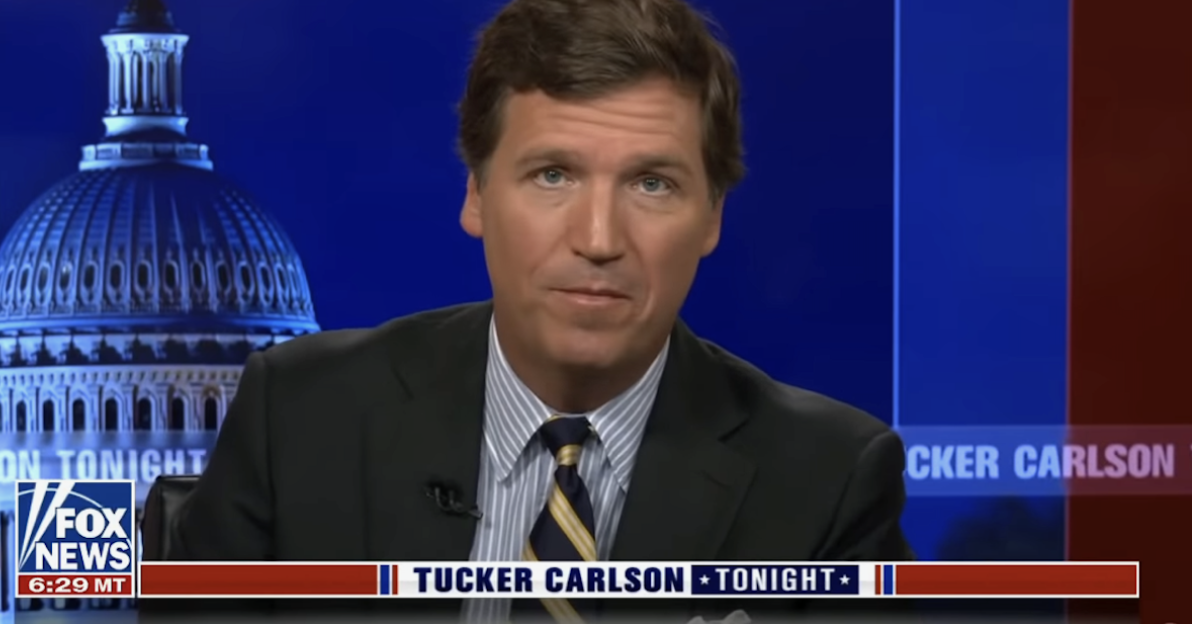 "Typically, the parties argue about things. ... But one thing they don't do is use law enforcement to crush, harass, arrest voters on the other side. Because that's not democracy; that's tyranny. But we've just moved one step closer to tyranny. In fact, we may already be there, thanks to what the House is calling an 'anti-domestic terrorism bill,' as if murder wasn't illegal already."

Hysterical Democrats want to silence conservative, "America First" patriots by labeling them "white supremacists" for daring to oppose the failed Biden regime and the radical, unhinged Left's "woke mob." If you support life, liberty and limited government, House Speaker Nancy Pelosi (D-CA) and Senate Majority Leader Chuck Schumer (D-NY) want you to sit down and shut up -- or face the wrath of federal law enforcement.

But you can take immediate action to push back against the "Hate America" crowd. The FAKE anti-domestic terrorism bill passed the House last week and is expected to be voted on in the Senate THIS WEEK. That means freedom-loving Americans have only a short window of time to make their voices heard! Take immediate action to defend your First Amendment rights of free speech and peaceful assembly by using our unique FaxFire system.

Call on Senate Republicans to stand strong and stay united against the "Domestic Terrorism Prevention Act." Click here or on the banner below to fax your two Senators, all 50 GOP Senators and moderate Democrat Sen. Joe Manchin (WV). For just $30, you can demand they "Kill The FAKE Anti-Terror Bill!" by voting against it THIS WEEK! Go here to rush your faxes to Capitol Hill now:

👉 ATTENTION GRASSFIRE VIPS: GO HERE TO SIGN IN AND SEND YOUR "KILL THE FAKE ANTI-TERROR BILL!" FAXES FOR 80% OFF! Not a VIP? Go here to send this fax at an 80% discount. (Having trouble accessing your benefits? Go here.)

Democrats in the White House, Senate and House are engaging in, perhaps, the worst "identity politics" this nation has ever seen. They're accusing almost everyone who disagrees with them of either being a "white supremacist" or supporting them. It's totally unacceptable and un-American.

Like Tucker Carlson said last week, the Democrat party and the radical, unhinged Left are trying to bring us "one step closer to tyranny" with their FAKE anti-terrorism bill. Click here to watch.

That's why Grassfire is empowering our team members to take action. You can demand Senators "Kill The FAKE Anti-Terror Bill!" by clicking here to fax them BEFORE this week's vote on the "Domestic Terrorism Prevention Act." Thank your, in advance, for making your voice heard this morning.

P.S. We launched the "Kill The FAKE Anti-Terror Bill!" FaxFire late yesterday in response to finding out a Senate vote is expected this week. If you missed that email, you can read it here. Please keep reading to find out why some Senate Republicans are strongly opposed to the far-left "Domestic Terrorism Prevention Act." Go here to take immediate action against the far-left bill by faxing Senators BEFORE THIS WEEK'S VOTE: