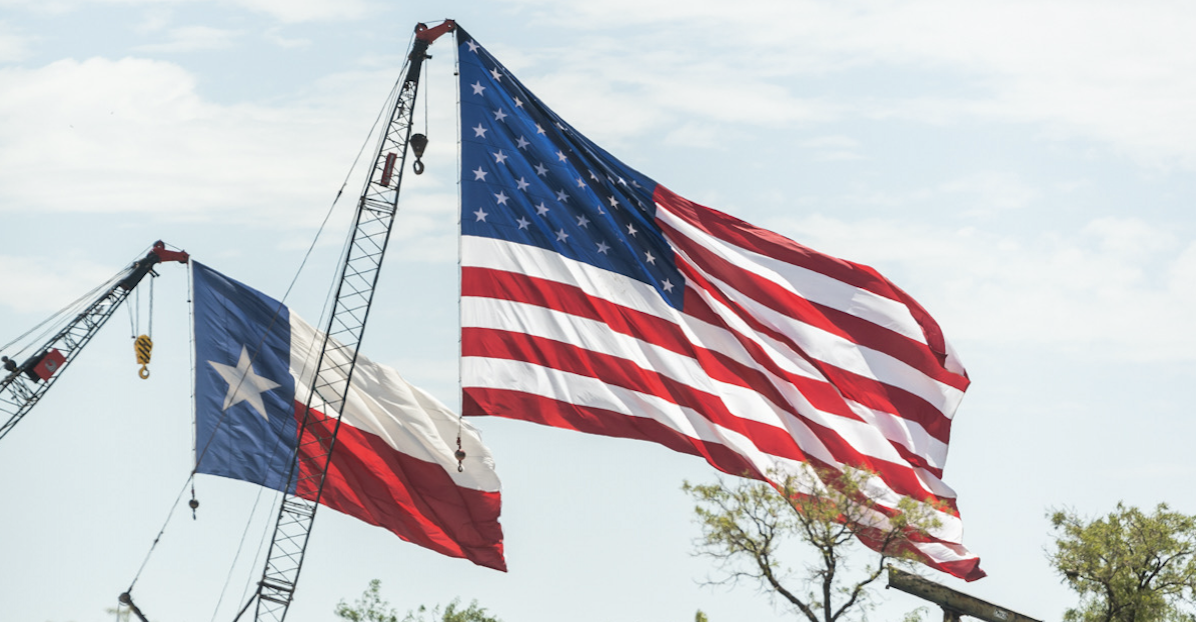 President Trump made America great again. He survived Mueller's Russia hoax, Pelosi's impeachment witch hunt, rogue FBI leadership, the D.C. Swamp and FAKE NEWS. But now, voter fraud, ballot "irregularities" and other election violations appear to have brought the Trump presidency to the brink -- quite possibly to the end of the line!

Radical Democrats in several states used the coronavirus FEARdemic as an excuse to unconstitutionally and illegally change election laws and ballot requirements, which made it easier to RIG the outcome of the presidential election! They told America what they were going to do and, with the help of the Unhinged Left, have almost pulled it off!

But the lawsuit Texas filed with the Supreme Court on Monday challenges the validity of the results in four states that have a total of 62 electoral votes. If those electors move from the Biden column into the Trump column, America's current Commander-in-Chief would be re-elected 294 to 244. So, can the Lone Star State save the President?

Here are the "Top 12" reasons why Grassfire thinks the Texas case has merit in terms of exposing violations of election law and evidence of voter fraud:

Keep in mind, that's only a sample of what the lawsuit alleges. Click here for a link to the entire 154-page brief filed by Texas Attorney General Ken Paxton.

+ + Stand With The President! Fight The Battle! Fax Senators Now!

You can take immediate action to help stop the radical Left from stealing the White House with illegal, unconstitutional, ballot-fraud schemes. Demand GOP senators at the federal and state level stand with the President by supporting the Texas lawsuit to "Stop The Steal!"

Last night, Grassfire launched an entirely new FaxFire initiative. Our staff spent hours and hours this week finding the fax numbers of 58 state senators in Georgia, Michigan, Pennsylvania and Wisconsin. With America's future hanging in the balance, we urge you to support America's Commander-in-Chief by faxing lawmakers now!

Click here or on the banner below to instantly send YOUR personalized "Battleground Battle" faxes to 60 senators for ONLY $30:

Your "Battleground Battle" faxes will target your two U.S. Senators and 58 state senators in those four battleground states that are crucial to a Trump victory. Again, for just $30, you can instantly send 60 personalized messages in support of the President. That's 50% off our regular price!

Go the extra mile by choosing LEVEL TWO for only $50, and you'll also reach EVERY Republican Senator in the United States Senate. That's up to 113 faxes at a discount of more than 55%!

This is an all-new FaxFire with updated letters and targets. So, even if you've faxed about the 2020 presidential election before, please consider taking action again. Click here to send your personalized message to state and federal senators for as low as $.44 per fax!

If you want to send your own faxes, click here to see a complete list of targets and their contact information. Thank you, in advance, for standing with America's Commander-in-Chief in the "Battleground Battle"!

P.S. Reach out now to your two U.S. Senators and to 58 Republican state senators in Georgia, Michigan, Pennsylvania and Wisconsin for just $.50 each. That's 50% off Grassfire's regular FaxFire price! Click here or on the banner below now to immediately send your 60 "Battleground Battle" faxes for ONLY $30:

A Summary of the Texas Election Lawsuit (American Thinker)

STATE OF TEXAS, Plaintiff, v. COMMONWEALTH OF PENNSYLVANIA, STATE OF GEORGIA, STATE OF MICHIGAN, AND STATE OF WISCONSIN, Defendants.