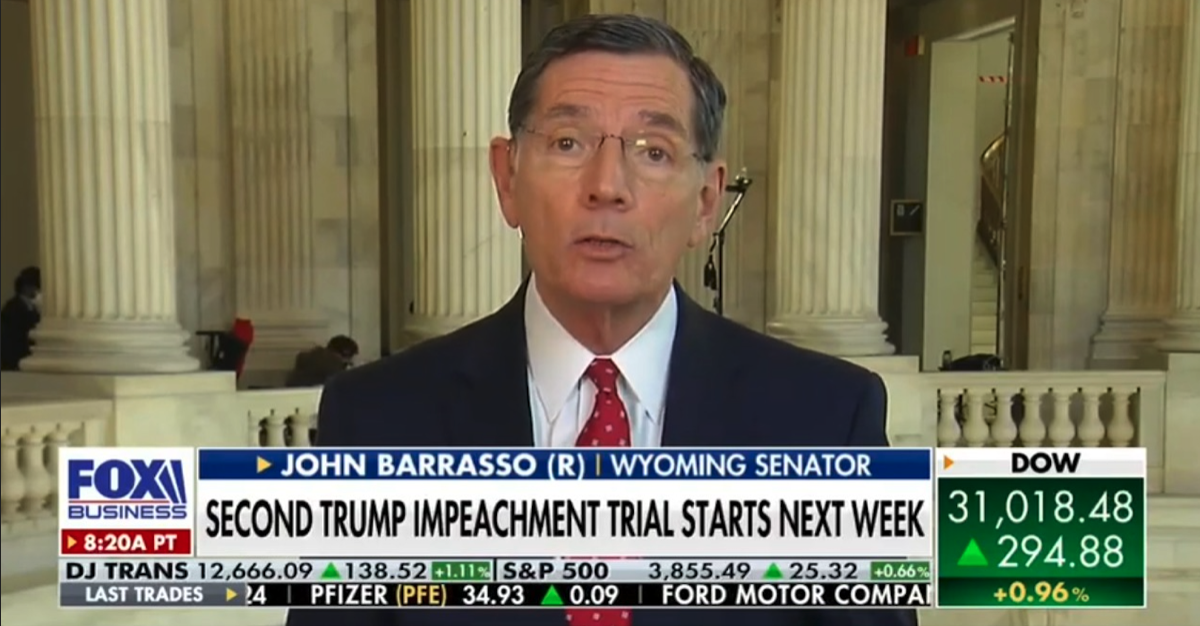 "In terms of the trial that starts on Tuesday, I believe it's unconstitutional. ... It’s a prosecution based on politics and political revenge. Forty-five of us in the Senate already have voted that it's unconstitutional. I know how this trial is gonna turn out. The President is, at the end, going to be acquitted. If this were even legitimate … you would have the Chief Justice of the Supreme Court presiding, but we don't."

It doesn't get any clearer or more accurate than that. The Democrats have almost no chance of convicting President Trump on the House's bogus impeachment charge of "incitement of insurrection," but they're moving forward tomorrow anyway.

On January 26, Americans saw 45 GOP Senators vote that an impeachment trial of the former president is unconstitutional. Sen. Rand Paul (R-KY), who forced that constitutional point of order, tweeted shortly after the vote: "This 'trial' is dead on arrival in the Senate."

Millions of pro-Trump Americans agree there shouldn't even be an impeachment trial. If you're one of them, Grassfire is empowering you to make your voice heard. Our "Reject The Impeachment Witch Hunt!" FaxFire empowers you to tell all 50 GOP Senators to vote "NO!" on convicting President Trump.

Demand the GOP denounce a Senate trial and vote against impeaching America's 45th president! Your "Reject The Impeachment Witch Hunt!" faxes can reach every GOP Senator with your personalized message in just minutes. Click here or on the banner below to immediately fax 50 Republicans in the "Upper Chamber" for just $.60 each:

Our unique FaxFire system enables you to reach inside the halls of Congress to urge Senate Republicans to stop this "dead on arrival" trial. Click here now to immediately demand that Senators "Reject The Impeachment Witch Hunt!" against President Trump.

P.S. Last month, 90% of GOP Senators (45 out of 50) stood with President Trump against this week's unconstitutional impeachment trial. Grassfire is urging every grassroots patriot to make their voice heard by demanding Senators reject this witch hunt and vote "NO!" on impeaching America's 45th president. Schedule your personalized faxes for immediate delivery to Senate offices now! Click here or on the banner below now to instantly send 50 "Reject The Impeachment Witch Hunt" faxes to GOP Senators for just $30: