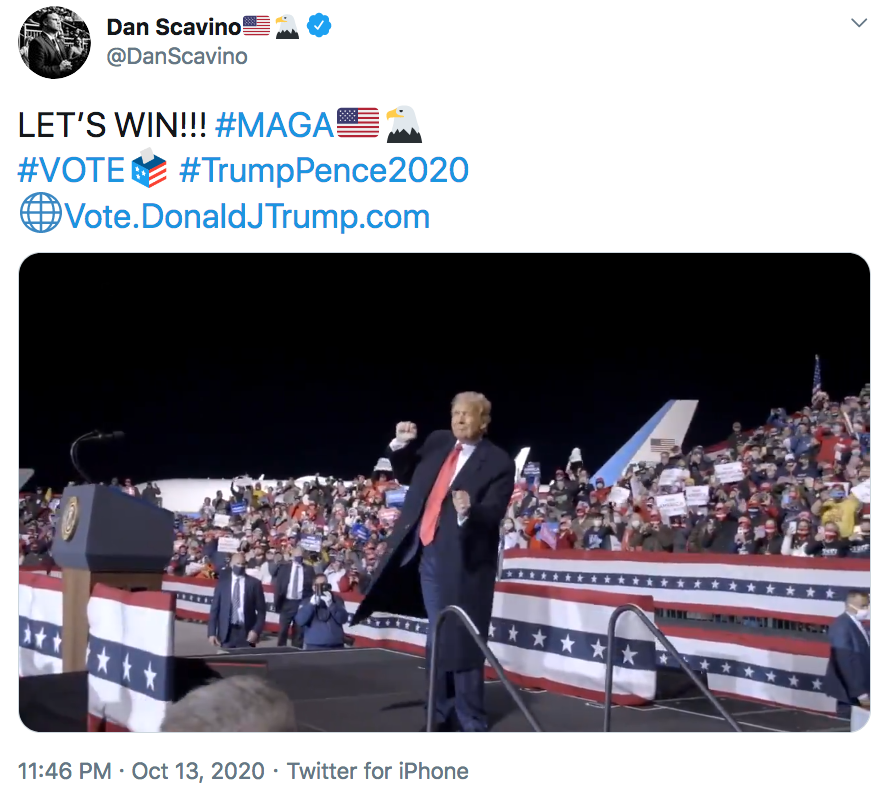 President Trump let loose in Pennsylvania last night. After speaking for more than an hour to one of the largest crowds since returning to the campaign trail, the Commander-in-Chief had a little bit of fun. His campaign posted a two-minute video of the President dancing. That's right, dancing!

Mr. Trump had just finished his speech and was about to make his way back on board Air Force One. But, when the Village People's "YMCA" began blasting over the crowd, the President "busted a move." Several moves actually.

Click here or on the image to watch this must-see video now.

President Trump does NOT look like a man about to lose a campaign. In fact, America's post-COVID Commander-in-Chief looks like he doesn't have a care in the world.

Again, to watch the video, click here or on the image above. It really is a must-see. Thanks, in advance, for "tuning in."