Trump calls out McConnell: "FIGHT FOR IT" 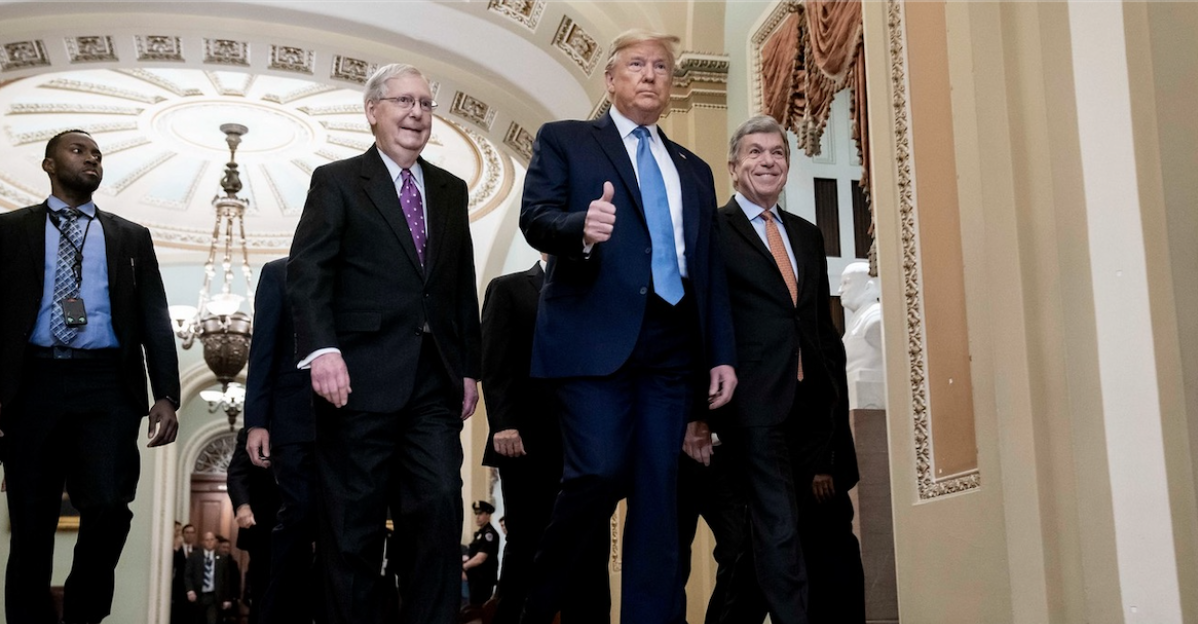 On Tuesday, grassroots patriots across America were OUTRAGED that Sen. Mitch McConnell (R-KY) publicly congratulated "President-Elect" Joe Biden on the Senate floor. President Trump wasn't too happy about it either and has spent the past four days urging the Senate Majority "Leader" to FIGHT against radical Democrats trying to hijack the 2020 election.

Today was no different, as our Commander-in-Chief AGAIN called out McConnell on Twitter. The President posted this tweet directly to the senior senator from Kentucky (and his followers) this morning:

"[email protected] and Republican Senators have to get tougher, or you won't have a Republican Party anymore. We won the Presidential Election, by a lot. FIGHT FOR IT. Don't let them take it away!"

Since 2015, the GOP has sometimes used a "Play Fight and Surrender" approach when it comes to dealing with Democrats on tough issues. McConnell has been a key architect of that failed political strategy. He can't be allowed to hoist the white flag of surrender again!

Click here or on the banner below now to fax your personalized message to all 53 GOP Senators, SEVEN governors from key battleground states and 16 elected officials in Georgia, Pennsylvania, Michigan and Wisconsin -- for just $30:

In addition to faxing, you can call Sen. McConnell and tell him to FIGHT. Here are the phone numbers for all SEVEN of his taxpayer-funded offices:

If you're willing to fight, please consider taking action by faxing AND calling McConnell's office now. Click here to immediately send your personalized, pro-Trump, "Stop the Steal!" messages to the Senate Majority "Leader" and 52 other GOP Senators for less than $.40 each.