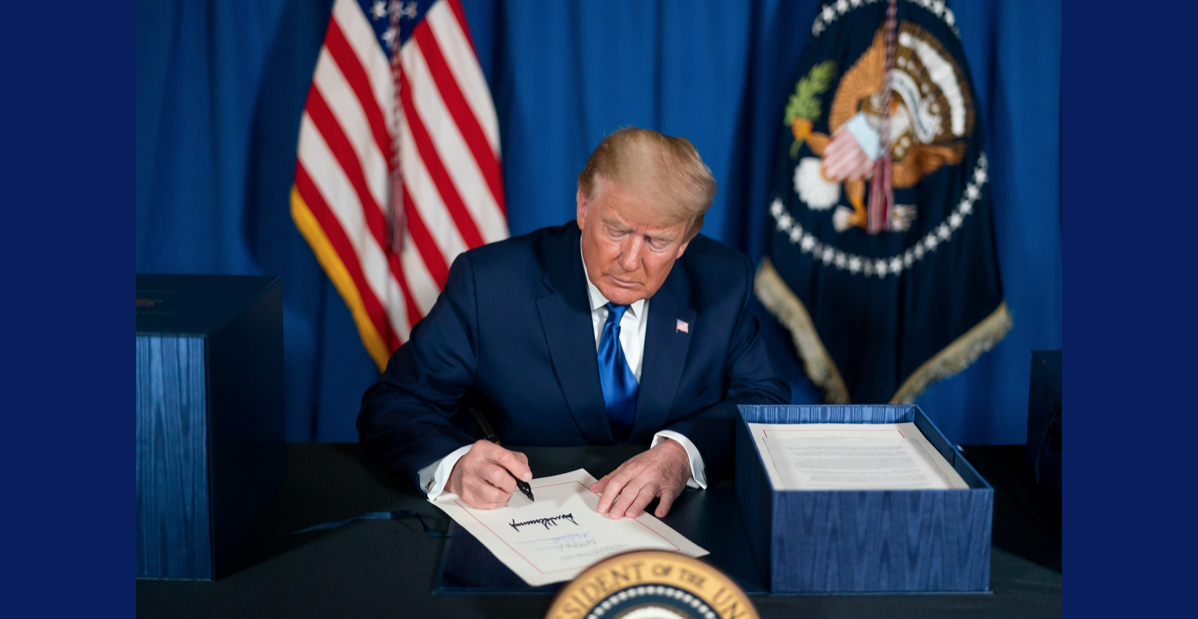 Another day, another "tweet storm" from President Trump. About an hour ago, at 8:59 a.m. ET, our Commander-in-Chief took to Twitter (again) to blast Republicans. In a four-tweet post, he called GOP leadership "pathetic" and insisted they "only want the path of least resistance." Read the President's full message below: 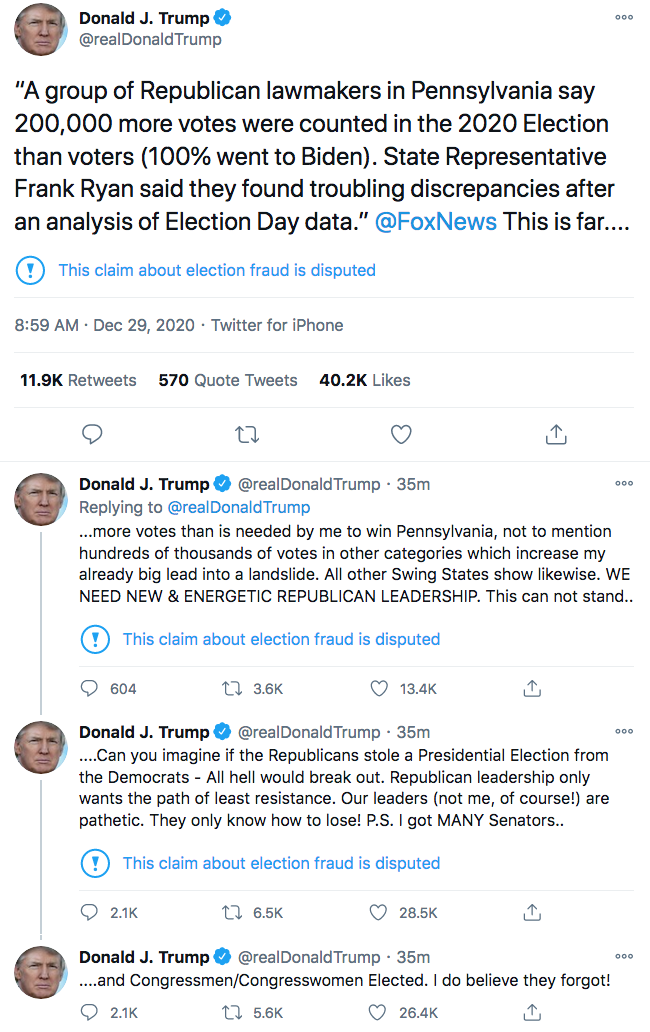 "A group of Republican lawmakers in Pennsylvania say 200,000 more votes were counted in the 2020 Election than voters (100% went to Biden). State Representative Frank Ryan said they found troubling discrepancies after an analysis of Election Day data." @FoxNews This is far....

...more votes than is needed by me to win Pennsylvania, not to mention hundreds of thousands of votes in other categories which increase my already big lead into a landslide. All other Swing States show likewise. WE NEED NEW & ENERGETIC REPUBLICAN LEADERSHIP. This can not stand..

....Can you imagine if the Republicans stole a Presidential Election from the Democrats - All hell would break out. Republican leadership only wants the path of least resistance. Our leaders (not me, of course!) are pathetic. They only know how to lose! P.S. I got MANY Senators..

....and Congressmen/Congresswomen Elected. I do believe they forgot!

Ouch! THAT'S gonna leave a mark! But are Republican "leaders" listening? They should be!

If you want to see GOP lawmakers take strong, immediate action to "Stop The Steal!" make your voice heard NOW. Use Grassfire's unique FaxFire tool to instantly tell Senate Majority "Leader" Mitch McConnell (R-KY) and 52 other Republicans Senators to prevent radical Democrats and the Unhinged Left from hijacking the 2020 election.

Click here or on the banner below now to fax your personalized message to all 53 GOP Senators, SEVEN governors in key battleground states and 16 elected officials in Georgia, Pennsylvania, Michigan and Wisconsin -- for just $30:

Your LEVEL ONE "Stop The Steal!" faxes specifically target EVERY Republican Senator, including Senate Majority "Leader" Mitch McConnell (R-KY) — the chief architect of the GOP's failed "Play Fight & Surrender" strategy in Congress. His "go along to get along" approach with Democrats over the past several years has brought disastrous consequences, including ObamaCare, ObamaGate, out-of-control spending and the "rigged" election!

If so, click here to immediately send your personalized, pro-Trump, "Stop the Steal!" messages to the Senate Majority "Leader" and 52 other GOP Senators for just $30 -- less than $.40 each. To send your own faxes, click here for our complete list of targets and their contact info. Thanks, in advance, for supporting President Trump today.

P.S. The COVID-inspired, vote-by-mail scams that Democrats insisted on months ago have brought America to where it is now -- on the brink of a stolen election! Liberty-loving Americans can't let radical Democrats and the Unhinged Left get away with robbing Donald Trump of his second term! The Republican-controlled Senate, GOP leaders in the House, the 16 state legislators, and seven governors targeted in our "Stop The Steal!" MUST take immediate action! Click here or on the banner below now to fax your personalized message to 76 lawmakers for just $30 or 115 legislators for only $50: