This is the government our Founders warned us about. 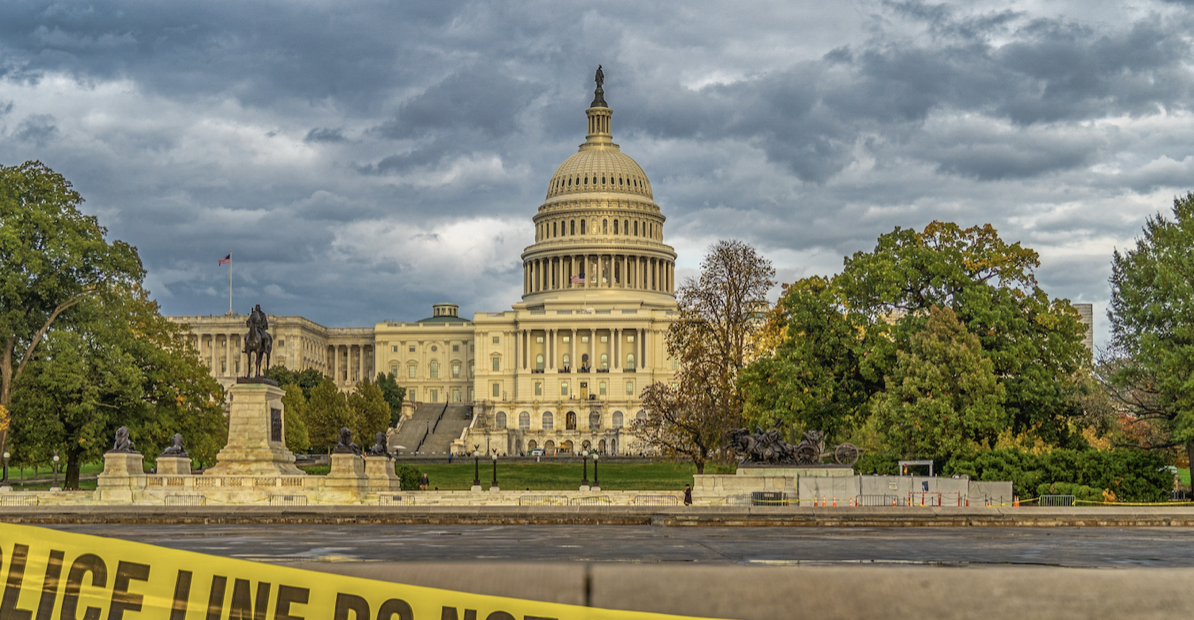 Earlier this week, Grassfire told our team members that the current cabal in Washington, D.C. is the kind of government our Founders warned us about. If you read the Declaration of Independence, the United States Constitution, the great speeches and writings of George Washington, Thomas Jefferson, Abraham Lincoln, Teddy Roosevelt, Ronald Reagan, Donald Trump and others, you'll see that America is way, way off track. In fact, an NBC News poll conducted last month found that 71% of Americans "believe the nation is headed in the wrong direction."

Yet, despite that survey and Joe Biden's plummeting approval rating, House Democrats pushed ahead with his $4.9-trillion SOCIALIST SPENDING SCAM today. Only one Democrat, Rep. Jared Golden of Maine, joined EVERY Republican in voting against the multi-trillion-dollar, tax-and-spend monstrosity of progressive pork. H.R.5376 moved to the Senate after this morning's 220-213 vote.

Grassfire has spent months sounding the alarm about how the Biden regime's "Build Back Better" boondoggle could succeed in "radically transforming the United States of America" -- Barack Obama's and the radical, unhinged Left's stated goal since 2008. But you don't have to take our word for it. This purely socialist legislation has no shortage of critics.

This morning, we shared yet another warning from The Wall Street Journal about the SPENDING SCAM. (See our previous email below.) The newspaper called it "the most dishonest spending bill in American history." And it's definitely NOT the first time their editorial board has spoken out against "Build Back Better." Previously, they called the legislation "rotten tax policy" and "increasingly unpopular," adding: "The best result would be for the entire farce to collapse from its own dead weight."

The Journal also insists the legislation's costs are "phony" but "the social and fiscal damage are real." The newspaper even urged taxpayers to take action against it: "Americans should be shouting from the rooftops to stop this steamroller before they wake up to a government that dominates their lives in a country they don't recognize."

+ + The Next Few Weeks Are Crucial To America's Future!

Decisions made on Capitol Hill in November and December WILL determine the future of our great nation. That's why Grassfire is empowering you to make your voice heard in the halls of Congress NOW. Liberty-loving Americans, like you, MUST engage in the battle to save the United States from socialism! If there was ever a time for patriots to take action, it's now.

With the Upper Chamber preparing to vote on Joe Biden's and the Democrat's "Build Back Better" boondoggle after Thanksgiving, Grassfire has reactivated the Senate version of our "Stop The Spending Scam!" FaxFire.

Click here or on the banner below to take immediate action against Joe Biden's SOCIALIST SPENDING SCAM. Urge "moderate" Democrats Sen. Kyrsten Sinema (AZ) and Sen. Joe Manchin (WV), along with all 50 GOP Senators, to "Stop The Spending Scam!" Fax your personalized message directly to 52 congressional offices on Capitol Hill now for only $30:

👉 ATTENTION GRASSFIRE VIPS: Go here to send your "Stop The Spending Scam!" faxes for 80% OFF! Not a VIP? Go here to send this fax at an 80% discount. (Having trouble accessing your benefits? Go here.)

Due to a legislative tactic known as "budget reconciliation," Joe Biden's "Build Back Better" boondoggle can be passed with a simple majority vote in the Senate. All 50 Republicans in the Upper Chamber are opposed to pushing the U.S. off a fiscal cliff into full-blown socialism. That's why Sinema's and Manchin's votes are so critical to stopping the SOCIALIST SPENDING SCAM.

The two "moderate" Senators are holding the line -- at least for now. They're refusing to support the trillions in wish-list, progressive-pork spending their fellow Democrats want. Sinema or Manchin, and ALL 50 Republican Senators MUST VOTE "NO!" to derail Joe Biden's "Build Back Better" boondoggle and save America from socialism.

Radical Democrats are on record promoting paid leave, childcare, "caregiving," police accountability, election "reform," affordable housing, fighting "climate change" and even packing the Supreme Court as "infrastructure." To progressives, "infrastructure" is whatever they say it is. The Unhinged Left is trying to use trillions of taxpayer dollars to build a super highway to socialism, while rewarding illegal aliens for breaking U.S. law!

That's why we're empowering you to take immediate action. Even if you've sent "Stop The Spending Scam!" faxes before, please consider taking action again. A "No" vote by Sinema or Manchin means Democrats won't have the 50 votes they need to pass this heinous legislation. Click here to instantly let Senators know where you stand now.

To send your own "Stop The Spending Scam!" faxes to members of the U.S. Senate, click here for a list of targets and contact information. Thanks, in advance, for making your voice heard today.

P.S. If you missed our previous SPENDING SCAM update, please go here. The multi-trillion-dollar "wish list" of progressive, pork spending may have passed the House today, but it's not too late to stop H.R.5376 from radically changing the course of this great nation. Don't let the unhinged Left push America off a fiscal cliff into full-blown socialism. Go here to take immediate action by rushing your "Stop The Spending Scam!" faxes to Capitol Hill now: