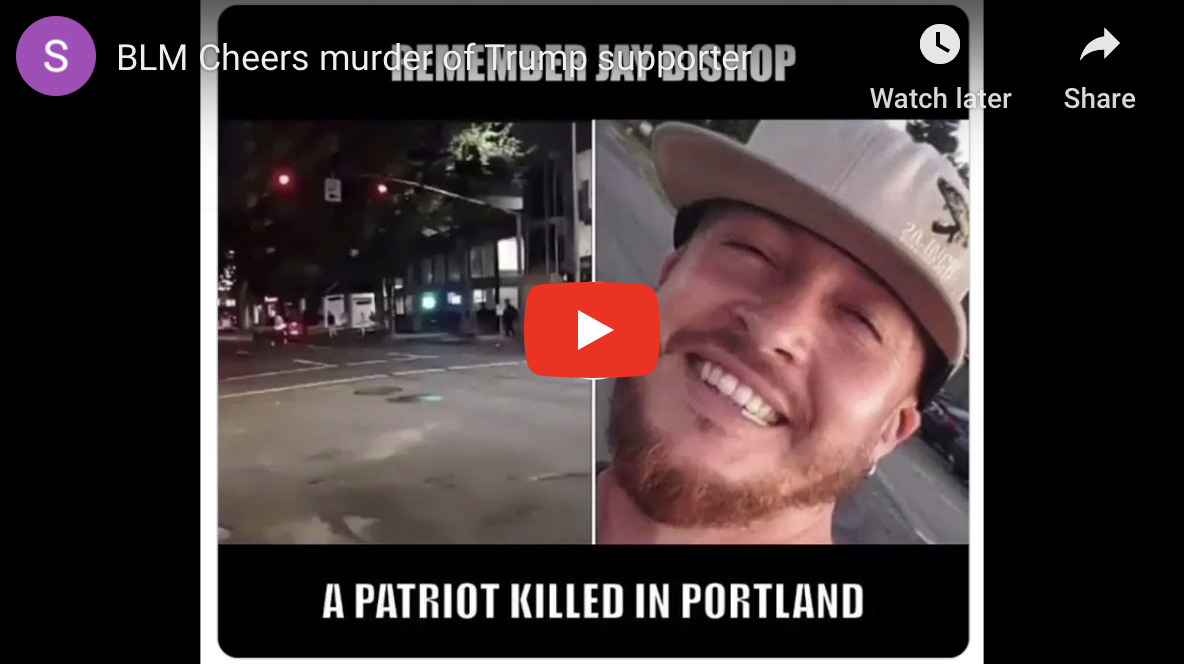 A man being investigated for the murder of a Trump supporter Saturday night in Portland, Oregon, reportedly is "100% ANTIFA." For months, the radical, anti-facist group has been the driving force behind violent, destructive protests in Democrat-led cities across the country.

The Oregonian newspaper reports that the alleged killer "calls himself an anti-fascist and wrote in mid-June on his Instagram page, 'I am 100 % ANTIFA all the way! I am willing to fight for my brothers and sisters!'"

We want to make sure you saw yesterday's update about this shocking, cold-blooded murder. If you haven't read Grassfire president Steve Elliott's scathing rebuke of Antifa, BLM and the liberal media, please see below.

P.S. We finished August $9,000 shy of our monthly budget goal. But it's not too late to help Grassfire make up some of that shortfall. When you make a contribution of ANY AMOUNT today to support our efforts to fight back against FAKE NEWS, we'll send you five "TRUMP BUCKS" to share with family and friends. Click here or on the banner below now to help:

Source: Man under investigation in fatal shooting of right-wing demonstrator in Portland was outside mayor's condo night before with daughter (The Oregonian)

What happened over the weekend is SHOCKING. We must band together to save our nation! I need your help. With just a few hours left in the month, Grassfire is SHORT OF OUR AUGUST FUNDING GOAL that we need to EXPAND AND REACH EVEN MORE PEOPLE WITH THE TRUTH. Go here to help Grassfire fight, and see below. --Steve

Our nation's crisis just got SICKER and DARKER...

Over the weekend, radical activists TARGETED and then SHOT AND KILLED a Trump supporter named Jay Danielson in cold blood on the streets of Portland. He was wearing a hat for a group called "Patriot Prayer."

The video would make you sick.

To make matters worse, shortly after Danielson was murdered, BLM and Antifa activists were on the streets of Portland CELEBRATING. The mob cheered as a person with a bullhorn shouted:

"I just got word the person who died was a Patriot Prayer person. He was a f**&*ing Nazi. Our community held its own and took out the trash. We're not going to shed any tears over a Nazi..."

They "took out the trash" by murdering another human being who had different views? In COLD BLOOD?

Of course, the LIBERAL MEDIA IS ALL BUT IGNORING WHAT THE ANTIFA THUGS DID. And Joe Biden is actually blaming President Trump for the murder of a Trump supporter at the hands of a radical rioter. But it's Democrat leaders who have endorsed this mayhem and Democrat mayors and governors who are fanning the flames of the chaos!

+ + And they keep censoring the President!

While all this was happening, TWITTER WAS ONCE AGAIN CENSORING THE PRESIDENT! This time, Mr. Trump dared to tweet information from the CDC that just 6% of all COVID-related deaths were exclusively caused by COVID. This isn't some radical notion -- Grassfire has been reporting this to you for months! But it was enough for Twitter to censor the President and many conservative groups who tried to get this information out.

Let's be clear, the media and the Silicon Valley elites ARE OPENLY PROMOTING LIES while they ban and censor conservative voices. Their goal? DEFEAT DONALD TRUMP so they can complete their RADICAL TAKEOVER OF OUR GREAT NATION!

NOW MORE THAN EVER WE MUST HAVE OUR OWN SOURCES OF INFORMATION THAT ARE FREE AND INDEPENDENT OF THE LIBERAL GROUPTHINK.

GRASSFIRE is one of the LARGEST independent conservative networks in the nation, actively reaching up to a million people daily. But as of just a few moments ago, WE ARE STILL $10,000 SHORT OF OUR CRITICAL BUDGET GOAL FOR THIS MONTH -- with just a few hours left in August.

I'm looking for just 100 friends to step forward and help Grassfire TONIGHT, so we can be a voice of truth in this fight for the very heart and soul of our nation!

If you believe in the mission and work of Grassfire, go here and make a contribution today of $30, $50, $75, $100 or more to help Grassfire reach millions before Election Day: 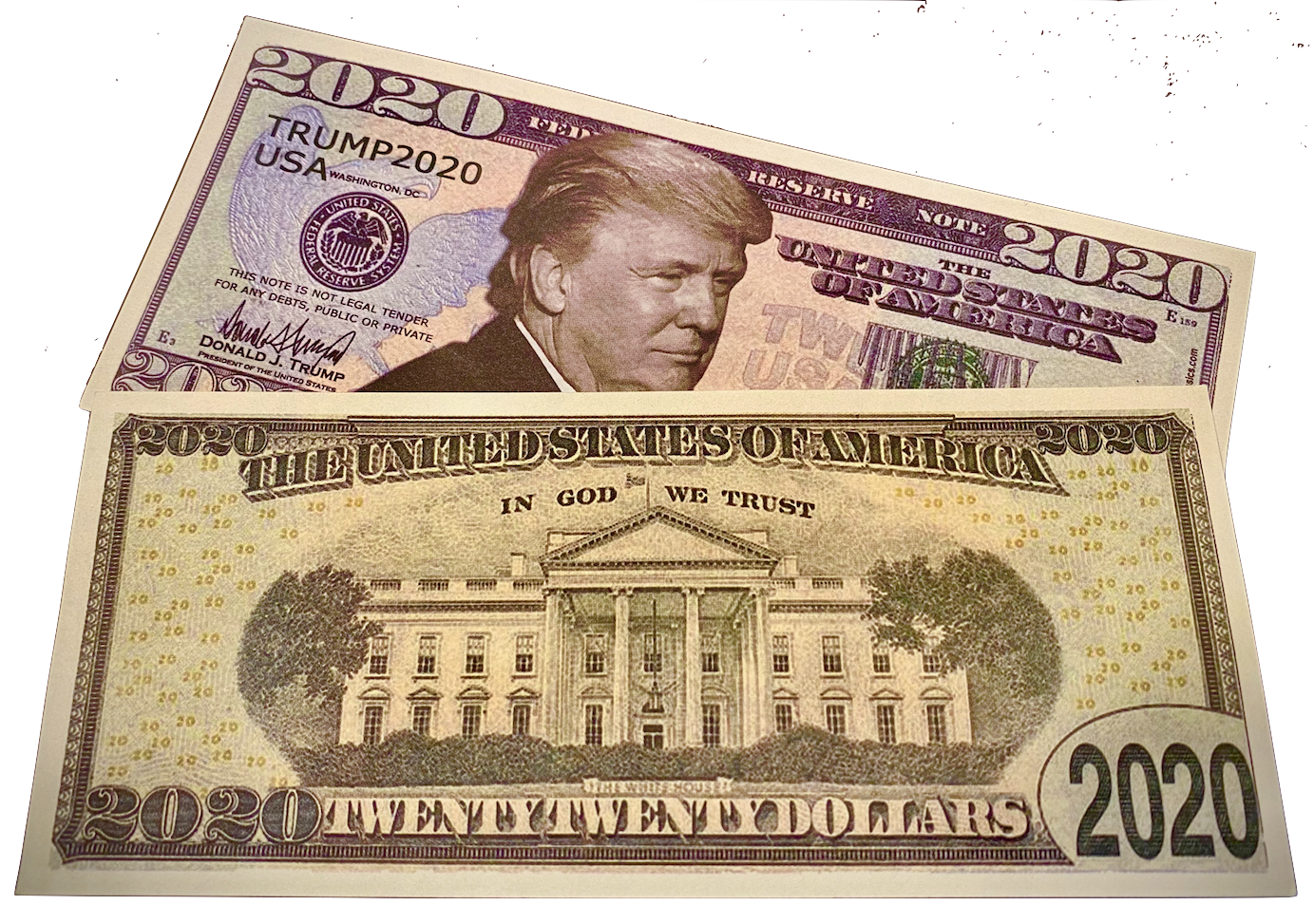 By special arrangement, Grassfire has acquired a limited quantity of collectible "TRUMP 2020" Bills. These unique presidential keepsakes are a great way to show your family and friends that you support the President's Make America Great Again" agenda.

+ + Will you go ALL IN with Grassfire and become a VIP?

I'm also inviting you to go "ALL IN" with Grassfire in this election season by becoming a GRASSFIRE VIP with a monthly contribution of $15 or more.

Every weekday, our team is producing SPECIAL EXCLUSIVE REPORTS for our VIPs, including a DAILY NEWS DIGEST (that is 100 times better than Drudge) and my EXCLUSIVE VIDEO BRIEFINGS.

As a special bonus, if you become a VIP at $15 or more monthly, we'll send you FIFTY TRUMP BUCKS as our gift! Go here to sample my latest VIP VIDEO BRIEFING AND TO BECOME A VIP!

Again, I'm looking for 100 Grassfire friends to stand with us THIS EVENING. If we had 50 new VIPs, it would make a HUGE difference for us between now and the Election.

Our country is hanging in the balance...

Radical activists are CELEBRATING when a Trump supporter is murdered in cold blood, and the media is openly CENSORING conservatives -- even the President.

We need Grassfire's independent, conservative, patriotic voice to be even stronger between now and November 3. 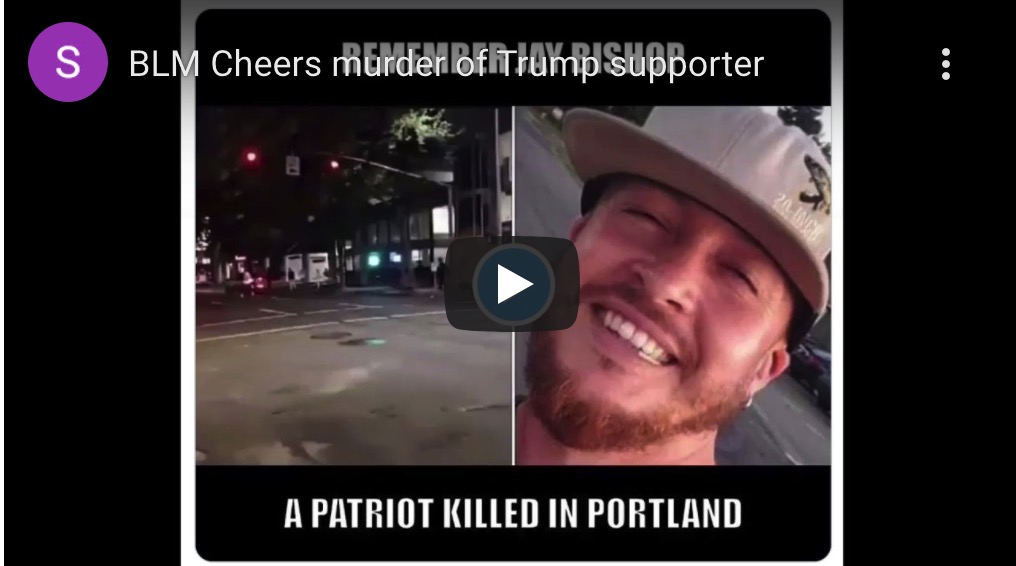 The full name of the Portland shooting victim is Aaron "Jay" Danielson. Initial news reports identified him, incorrectly, as Jay Bishop. We updated the previous version of this email to reflect that new information.

They CHEERED the murder of a Trump supporter
BREAKING: Alleged murderer in Portland "100% ANTIFA"
Read the blog at Grassfire