SPENDING SCAM moves to House... LAST CHANCE to stop it!

Grassfire has received word that the House is voting on final passage of the $1.7-TRILLION SPENDING SCAM at around 12:30 p.m. ET today. That means you still have time to take action AGAINST this latest "Biden Boondoggle."

Click here or on the banner below to fax Republican Representatives and demand they "Stop The Spending Scam!" now:

If you want to know why President Trump called the SPENDING SCAM "ludicrous, unacceptable" and "crammed with left-wing disasters," please see our earlier message below. Thanks, in advance, for making your voice heard.

P.S. This could be your final opportunity to "Stop The Spending Scam!" Take immediate action to defeat this $1.7-TRILLION "Biden Boondoggle" by clicking here or on the banner below to fax GOP Representatives now:

A total of 18 backstabbing, "America Last," Uni-party "Republicans" stood with Democrats yesterday to pass Joe Biden's 4,155-page, $1.7-TRILLION SPENDING SCAM. Three GOP Senators were "missing in action" and didn't vote. That deplorable "crash" of RINOs (Republicans In Name Only) defied We the People and their oath of office by fully funding nine more months of the tyrannical, failed and anti-America Biden Regime.

The "Consolidated Appropriations Act, 2023" (H.R.2617) moves to the House this morning and gives "America First" patriots one final opportunity to stop it. The office of House Minority Whip Steve Scalise (R-LA) tells Grassfire that the time of today's vote is still to be determined, but we'll keep you updated. 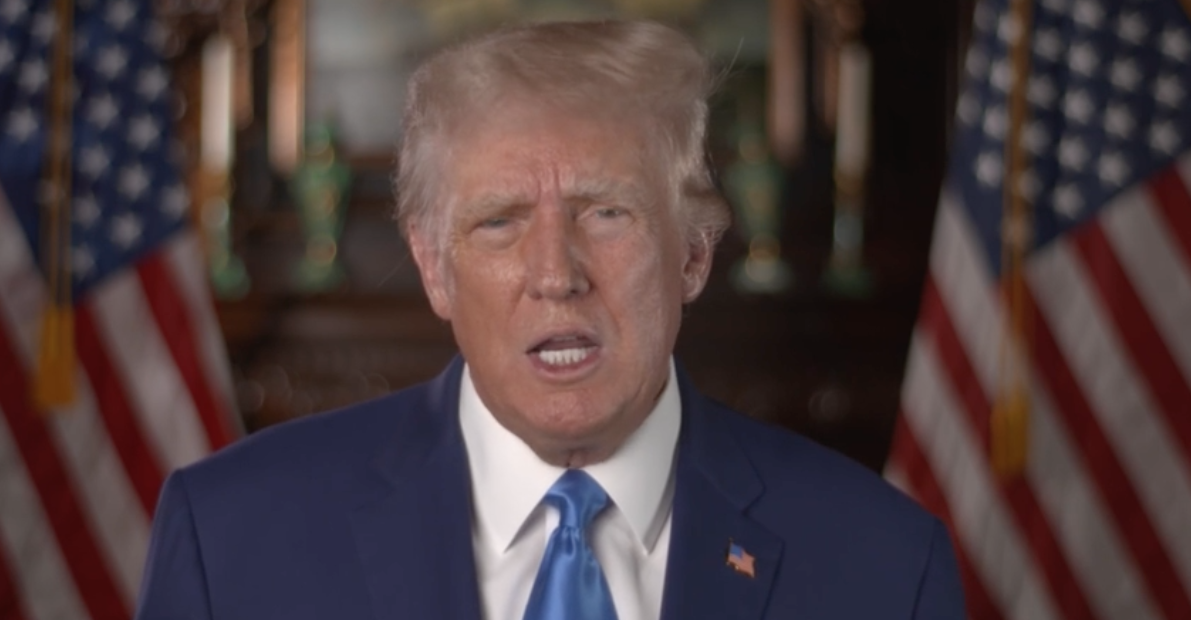 Before Representatives vote today on this "Nightmare Before Christmas," we want you to know what President Trump thinks of the Biden SPENDING SCAM. America's 45th Commander-in-Chief calls the "ludicrous, unacceptable" $1.75-TRILLION bill "a disaster for our country" and blames Senate Minority "Leader" Mitch McConnell (U-KY) for it. On Truth Social yesterday, Mr. Trump also said:

If you agree, Grassfire is empowering you to make your voice heard to "Stop The Spending Scam!" Just this morning, we updated our SPENDING SCAM FaxFire to target key Republicans in the House before today's vote. You can stand WITH President Trump and AGAINST Democrats and Uni-Party RINOs by urging EVERY Republican Representative to vote "NO!" on H.R.2617 today.

Take immediate action to "Stop The Spending Scam!" by clicking here or on the banner below. Instantly fax up to 20 key GOP Representatives, including EVERY House Republican leader for just $15, or reach every GOP member with a working fax line (up to 190) for $70:

Not a VIP? Go here to send this FaxFire for just $3!

This SPENDING SCAM and the Uni-Party's effort to force it down American taxpayers' throats really is a "Nightmare Before Christmas." But "America First" patriots can't stop fighting this $1.7-TRILLION SPENDING SCAM until the last vote is cast. We're encouraging our team members to pray for a Christmas miracle and empowering them to take action now to make their voices heard.

For just $15, Grassfire is empowering our team members to fax up to 20 key Republican Representatives, including EVERY House GOP leader. For only $30, your LEVEL TWO faxes can reach up to 46 Representatives, including members of the House Freedom Caucus. Go the "extra mile" with LEVEL THREE faxes to reach EVERY Republican House member with a fax line (up to 190 faxes) for $70.

Again, Grassfire updated our "Stop The Spending Scam!" FaxFire this morning to help you make the maximum impact in the House of Representatives! Fight this "lame duck" Congress and their dirty, backroom deal to fund the failed, tyrannical Biden Regime FOR THE NEXT NINE MONTHS by faxing now! Thanks, in advance, for making your voice heard by contacting GOP members now.

P.S. If you're outraged by ANY Republican supporting the Biden Regime's 4,155-page, $1.7-TRILLION SPENDING SCAM, take action now. This "Nightmare Before Christmas" is a HUGE slap in the face to hard-working American taxpayers AND to voters who gave Republicans control of the House. If you think the new Congress, which convenes on January 3, 2023, should set spending priorities and NOT lame-duck lawmakers, go here to fax Representatives now: