UPDATE: AP wonders if the Ukraine war is "unwinnable." See below. 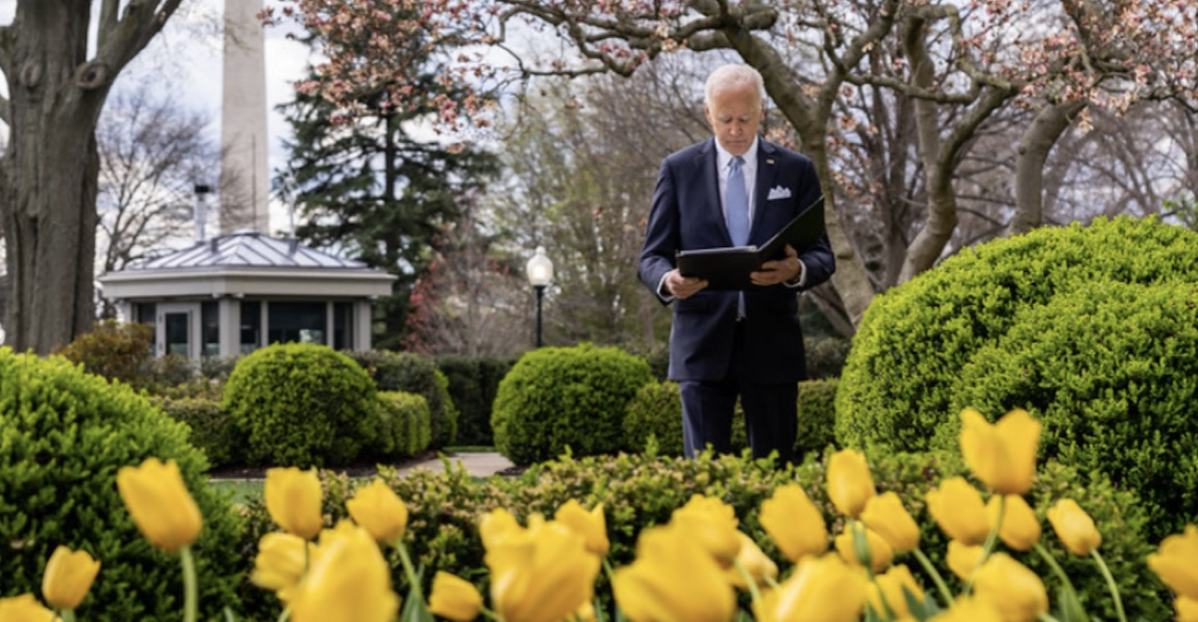 The Associated Press has released a startling analysis of the Ukraine-Russia conflict. Yesterday, in an article entitled "US, Western Europe fret over uncertain Ukraine war endgame," AP wrote:

An interminable and unwinnable war in Europe? That's what NATO leaders fear and are bracing for as Russia's war in Ukraine grinds into its third month with little sign of a decisive military victory for either side and no resolution in sight.

The Biden regime, with help from RINOs in Congress, is preparing to hand over ANOTHER $40 BILLION in taxpayer dollars to Ukraine. Isn't it fair to ask if America is funding another years-long, "unwinnable" war?

The article quotes a retired U.S. diplomat who predicts: "Neither side is willing to stop fighting and probably the likeliest outcome is a war that lasts a couple of years. Ukraine would be a festering sore in the middle of Europe."

Wow. That outlook is pretty grim. Yet, Joe Biden and his fellow Democrats (with shocking support from Republicans) have already doled out nearly $14 BILLION to the Ukrainian war effort. Today, if the Senate passes the "emergency funding bill" approved by the House on Tuesday, that will raise the current total of taxpayer-funded aid for Ukraine to almost $54 BILLION!

For perspective, that's TRIPLE the $18 BILLION that President Donald Trump requested in 2018 for the border wall between U.S. and Mexico!

Speaking of America's southern border, Grassfire has been empowering our team members to send "Stop Protecting The Wrong Border!" faxes to Capitol Hill even BEFORE Russian forces invaded Ukraine on February 24. With the Biden regime continuing to prioritize Ukraine over a laundry list of crises here at home (illegal immigration, inflation, gas prices, a baby-formula shortage and more), now is the time for "America First" patriots to make their voices heard -- before it's too late!

The Senate is expected to vote as soon as today on spending $40 BILLION more taxpayer dollars to finance America's "proxy war" with Russia. Yes, the Ukrainians need help from the international community. But if you think Joe Biden and Congress should have a plan to deal with crises at home FIRST, you can take action to tell Senators now!

Click here or on the banner below now to fax EVERY Republican Senator and two moderate Democrats -- Sen. Kyrsten Sinema of Arizona and Sen. Joe Manchin of West Virginia. For just $30, you can demand they tell Joe Biden to SECURE the U.S. border BEFORE spending $40 BILLION more taxpayer dollars to defend Ukraine:

Grassfire condemns the Russian invasion of a sovereign nation, and we recognize the need to help provide urgent humanitarian aid to Ukraine. But as an American taxpayer, you can support the Ukrainian people, criticize Russia and STILL demand Joe Biden protect our border, too. The United States' security, sovereignty and way of life are at risk due to the Biden regime's open-border policies. Click here to fax Senators now.

In last night's "Stop Protecting The Wrong Border!" update, Grassfire explained why America's border crisis, out-of-control inflation, record-breaking gas prices, increasing violent crime, stock-market uncertainty, a shrinking GDP, and a baby-formula shortage should be prioritized over arming Ukraine to fight a proxy war with Russia. If you missed that email, we included it below. Thanks, in advance, for making your voice heard today.

P.S. With "America First" focused on the "End Abortion In America!" fight over the past week, this pending RINO betrayal has gone mostly unnoticed. After yesterday's 50-49 Senate vote that defeated radical Democrats' efforts to legalize abortion until birth, there's a new battle to be fought and won today. Click here or on the banner below to fax Senators now. Demand they take action to stop efforts by RINOs and the Biden regime to put Ukraine FIRST and America LAST:

The Biden regime, with the help of House and Senate RINOs, is about to bilk taxpayers AGAIN to fight a "proxy war" against Russia -- while millions of illegal aliens create a historic crisis at America's southern border. Last month, we told you Joe Biden would ask Congress to force taxpayers to pay an additional $33 BILLION to help Ukraine. But it's worse than that! Much, much worse.

Republican lawmakers are on the verge of giving the Biden regime $40 BILLION to support Ukraine in their ongoing fight against Russian aggression. That's 20% MORE than Mr. Biden asked for two weeks ago! It's shocking that at this hugely difficult time in our nation's history, the GOP is marching in lockstep with the radical, unhinged Left to put America LAST and Ukraine FIRST.

Americans learned TODAY that gas prices are at an ALL-TIME HIGH and inflation is out of control (rising AGAIN last month to 8.3%). Also, a nationwide shortage of baby formula has parents panicked and infants at risk, while the crisis at our southern border could deteriorate exponentially when Title 42 expires on May 23. Can the U.S. really afford to spend BILLIONS TO PROTECT THE WRONG BORDER right now? If your answer is no, click here.

The "emergency funding bill" for Ukraine passed the House yesterday by a vote of 368-57. (That's right. Only 57 Republicans voted against it.) The Senate could vote on the $40 BILLION aid package as soon as tomorrow. But Roll Call reports that it will only take one brave GOP Senator to put the brakes on this monstrous, taxpayer-funded giveaway:

It's only a matter of time before it clears for President Joe Biden's signature — but whether that occurs Thursday or in the middle of next week depends on the unanimous consent of 100 senators. And as of Wednesday afternoon, it didn't look as though Sen. Rand Paul, R-Ky., was ready to let the package sail through as it did in the House a day earlier.

Paul wants an amendment added to the bill that would track how all those taxpayer dollars are spent in America's proxy war against Russia. He said during a radio interview yesterday:

"My sympathies are with Ukraine. I wish them luck. I want them to defeat the Russians. I want them to push the Russians out of their country. But we also have to be concerned with our country and with double-digit inflation here. This will make it worse. We can't just shovel piles of money out the door and have nobody oversee it."

Also according to Roll Call:

Any amendments added to the bill would kick it back to the House, slowing the process further. But if Senate leaders don't accede to demands from Paul or any other senators with potential objections, they could force multiple cloture votes, dragging out final passage until the middle of next week.

If you don't want Senate Republicans to help pass a $40 BILLION "emergency funding bill" without first getting a commitment from the Biden regime to protect America's border, Grassfire is empowering you to make your voice heard. Tell Senators that you demand Joe Biden defend American interests before spending TENS OF BILLIONS to finance his proxy war.

Click here to fax Senators on Capitol Hill BEFORE tomorrow's possible vote. Demand they call on the Biden regime to "Stop Protecting The Wrong Border!" If you can, please "go the extra mile" by choosing LEVEL TWO faxes to reach EVERY member of the United States Senate -- 100 faxes -- at a 50% discount! (For a complete list of FaxFire targets and contact information, click here.) Thank you, in advance, for making your voice heard.

Trump wants $18 billion for wall in 'Dreamer' deal (The Hill)