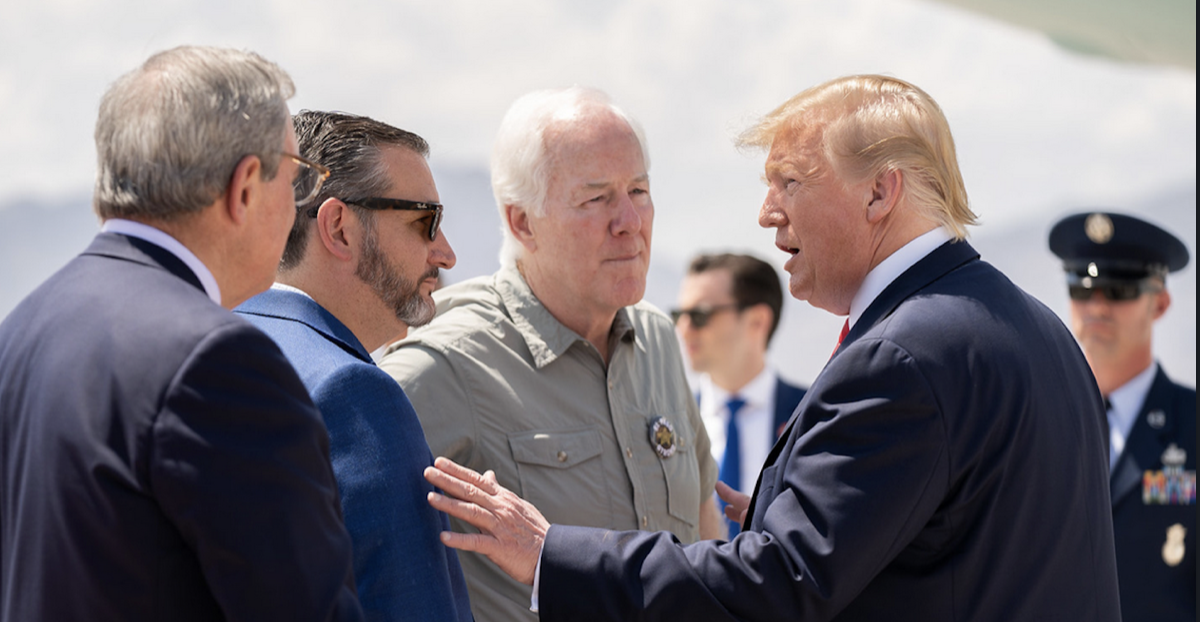 On Saturday, Grassfire warned you that Senate RINOs (Republicans In Name Only) appeared to be "circling their wagons" to provide cover for Joe Biden's gun grab. (See our previous Second Amendment update below.) Yesterday, we found out we were right.

Ten RINOs have signed on to a "commonsense, bipartisan" gun-control bill that isn't even written yet! Honestly, Grassfire expected some weak-kneed Republicans would cave to Democrats on protecting the Second Amendment. But we had no idea so many would surrender so soon. Here's the list announced yesterday:

Again, those 10 RINOs announced yesterday that they're supporting gun-control legislation that isn't even written yet. By siding with Democrats on a non-existent bill, these "Republicans" will help deliver the 60 Senate votes necessary for Joe Biden to sign a law limiting your Second Amendment right "to keep and bear Arms."

As of right now, the "compromise" doesn't include a ban on so-called "assault weapons." But it does open the door to enacting "red flag" laws that violate the due-process rights of American gun owners. Also, Democrats ALWAYS overreach when they target conservative issues. Who knows what other infringements they'll bake into this bill that only exists "in principle"?

If you want the Republicans to stay united and stand strong against Joe Biden's "gun grab," you can instantly make your voice heard. Oppose the Biden regime's efforts to disarm the American people by signing the "Protect The Second!" national petition.

You can help protect your constitutional right "to keep and bear Arms" by making your voice heard. Click here or on the banner below now to sign the national petition to protect the Second Amendment:

The House voted last week, mostly along party lines, to restrict your constitutional right to "keep and bear Arms." That bill faced an uncertain fate in the Senate, as 60 votes are needed to pass legislation in the Upper Chamber. But, with 10 RINO votes, this "compromise" bill could very likely pass the Senate.

If you don't want politicized tragedy used by Democrats to punish millions of law-abiding gun owners, click here to add your name to the "Protect The Second" national petition. Thanks, in advance, for taking action this morning.

P.S. If a busy weekend kept you from reading Saturday's Second Amendment update, we've included it below. See Grassfire's prediction about weak-kneed Senate RINOs "circling the wagons" to help Joe Biden and the Democrats restrict YOUR constitutional right "to keep and bear Arms." Or, if you don't want knee-jerk reactions to politicized tragedies punishing millions of law-abiding gun owners, go here to make your voice heard:

It looks like Senate RINOs might be "circling the wagons" so they can provide cover for Democrats to hijack the Second Amendment. Late Wednesday, the House voted 223-204 (mostly along party lines) to advance what GOP leaders dubbed the "Unconstitutional Gun Restrictions Act." But more than a week before that, Sen. John Cornyn (R-TX) began negotiating with Dem Senators on "bipartisan," "common sense" restrictions to your constitutional right "to keep and bear Arms."

Cornyn, who President Trump once called a "weak and ineffective" RINO, reportedly is trying to muzzle fellow Senate Republicans regarding his gun-control efforts. According to an online article published yesterday by The Hill, "Cornyn wants to keep his GOP colleagues on the sidelines for the moment so he has a chance to negotiate a bill before the effort gets ripped up by critics."

So far, GOP Senators haven't said much about a bill that could violate, repeal or infringe upon YOUR Second Amendment right to protect yourself, your loved ones and your property. America is in the midst of a violent, national crime wave fueled by Democrat-led efforts to defund the police and empower criminals. Why should law-abiding gun owners be forced by Congress to forfeit their firearms and pay the price for the failures of the radical, unhinged Left?

The fears of gun-rights supporters were realized when the Democrat-controlled House "overreached" in the wake of recent politicized tragedies. With the unconstitutional H.R. 7910 now before the Senate, Democrat and RINO Senators could give Joe Biden what he wants -- to infringe on the Second Amendment rights of law-abiding Americans!

Do you think the intensified push for sweeping gun-control measures is a partisan political ploy by Democrats that will disarm law-abiding Americans instead of criminals? If so, you can take immediate action to protect your freedom "to keep and bear Arms." Make your voice heard by signing the national petition to "Protect The Second!"

Take immediate action to ensure your constitutional right to "keep and bear Arms" is NOT violated, repealed or infringed. If you oppose Joe Biden's and radical Democrat efforts to disarm the American people, click here or on the banner below now to sign the national petition to "Protect The Second Amendment!":

As American cities become battle zones of rising crime and gang violence -- and as our southern border disintegrates -- the Biden regime, radical Democrats and RINOs should NOT make it harder for law-abiding citizens to protect themselves.

The Second Amendment clearly states: "The right of the people to keep and bear Arms shall not be infringed." The U.S. Constitution is very specific when it comes to gun control. Police cannot be everywhere, so American citizens have used firearms to defend their lives and property for nearly 250 years.

P.S. Criminals using guns to hurt and kill people is tragic and unacceptable. Most Americans would agree that no terrorist, criminal or mentally ill person should have access to firearms. But if you think gun-control laws should NOT prevent mentally competent, law-abiding citizens from exercising their God-given constitutional right "to keep and bear Arms," make your voice heard! Go here to sign now: