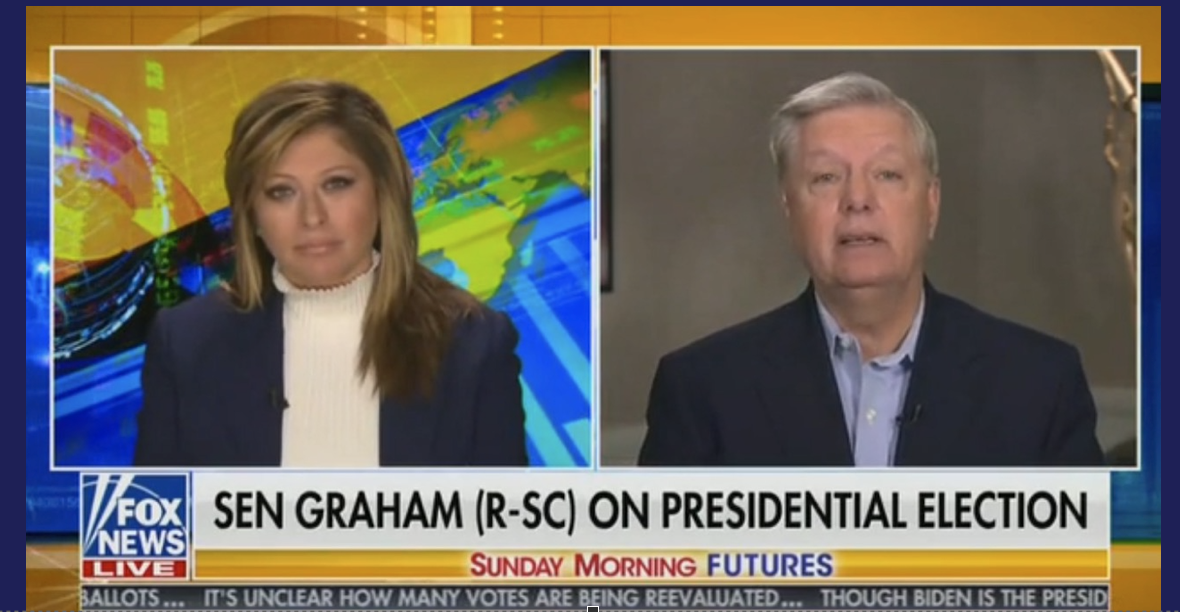 Just before 3:00 p.m. ET today, President Trump unleashed a tweet storm about efforts to challenge the election results. Our Commander-in-Chief certainly isn't giving up the election without a fight. In 27 minutes, he had this to say about four states where his campaign is investigating suspected voter fraud:

FAKE NEWS, the D.C. Swamp, the Deep State, Establishment Republicans, Hollywood "elites" and others are calling for the President to concede. But many pro-Trump Americans are reminding Democrats that, in 2000, Al Gore didn't concede to George W. Bush for 37 days -- and that was a challenge in only one state. The President is looking at possible voter fraud in multiple states.

Grassfire Nation overwhelmingly supports our Commander-in-Chief's efforts. In this weekend's "Trump: What's Next?" QuickPoll, nearly 14,000 team members voted on whether the President should "keep fighting" or "concede now." An overwhelming majority (96.3%) do NOT want him to give up.

"This is a contested election. The media doesn't decide who becomes president. If they did, you would never have a Republican president in forever. ... President Trump should not concede." (Click here to watch the entire interview.)

Graham added that the FBI and Postal Inspector are investigating evidence of six dead people registering and voting in Pennsylvania! He also wants authorities to look into computer systems that flipped votes in Michigan. The chairman of the powerful Senate Judiciary Committee urged the President to go to court over all these "shenanigans":

"From a Republican point of view, mail-in balloting is a nightmare for us. The post office is now the new election center. It's the 'Wild, Wild West' when it comes to mail-in balloting. Everything we worried about has come true. So, if we don't fight back in 2020, we're never gonna win again presidentially. A lot's at stake here."

Grassfire is continuing to empower our team members to stand with President Trump as he fights for the integrity and legitimacy of this election! Demand GOP lawmakers take immediate action to "STOP THE STEAL!" Click here or on the banner below to fax your personalized message to EVERY Republican Senator (53 in all) for just $30:

Since Friday, our team members have flooded Capitol Hill with 30,000 "Stop The Steal!" faxes. But Grassfire Nation MUST DO MORE to pressure the GOP to act! Click here to help send your personalized, pro-Trump messages to House and Senate offices in Washington, D.C.

Demand Republicans defend your President and your vote! Thanks, in advance, for taking action.

P.S. The Democrats' "Stop The Steal!" efforts aren't just limited to the White House. Now, GOP control of the Senate is also at risk! Take action now! Click here or on the banner below to schedule your faxes for immediate delivery on Capitol Hill: