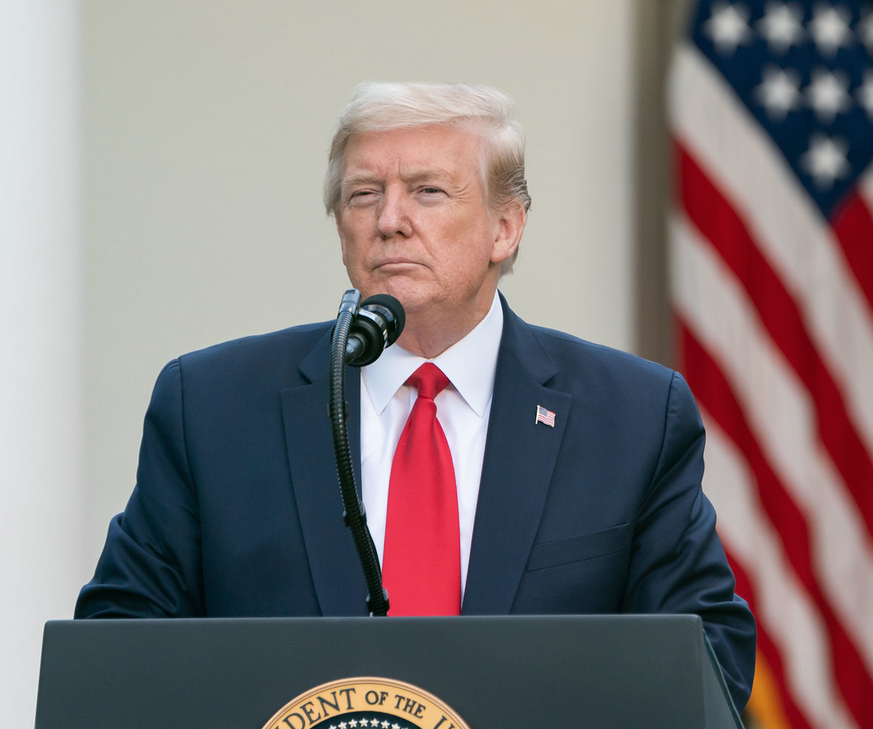 The liberal media's attacks on President Trump just won't stop! Yesterday, a so-called "journalist" from New York Magazine posed what is probably the most despicable "gotcha" question of Mr. Trump's presidency. She asked:

"If an American president loses more Americans over the course of six weeks than died in the entirety of the Vietnam War, does he deserve to be re-elected?"

Wow! Blaming EVERY U.S. death related to the coronavirus outbreak (50,000+) on the President is Trump Derangement Syndrome (TDS) at it's worst. Her question was classless and totally ridiculous. Vietnam was an armed conflict entered into and sustained by choice, while COVID-19 is a global pandemic no one could see coming.

Also, Mr. Trump took decisive action to prevent the spread of the virus before Democrat "leaders" did. Yet, when he suspended flights from China and other countries on January 31, the Left called it "racist," "xenophobic," "un-American" and "discrimination."

To his credit, the President kept his cool and provided a very sensible defense to her wild and inappropriate accusation. He replied:

The sickness, death and financial ruin that has infected the entire world over the past few months is ALL CHINA'S FAULT. Make no mistake: Trying to blame Mr. Trump or America for this is nothing more than spreading propaganda on behalf of the communist Chinese government.

It's shocking to see how many anti-Trump activists in the far-Left media continue to "carry the water" for China by trying to blame America's Commander-in-Chief. These hacks -- and their brazen attempts to hurt the President's re-election chances -- are a disgrace to journalism!

Rather than stand with America in the midst of a national crisis, the "mainstream" media continue to keep President Trump in their crosshairs. We the People need to stand against these vicious attacks and support our Commander in Chief.

+ + "One Nation Under God" -- A New Trump Sketch By Jon McNaughton

In response to these relentless and despicable attacks, Grassfire approached patriotic artist Jon McNaughton today to request a new pro-Trump resource for our team members. As a special consideration to us, "America's Artist" is releasing his stunning, new sketch that honors the Commander-in-Chief that we're calling "One Nation Under God."

This 9" x 9" print is the perfect companion piece to last month's "National Day of Prayer" sketch by McNaughton. Grassfire will make a special, one-time, limited-edition order of "One Nation Under God" TOMORROW. We need to hear from interested team members now -- because this new sketch won't last long. 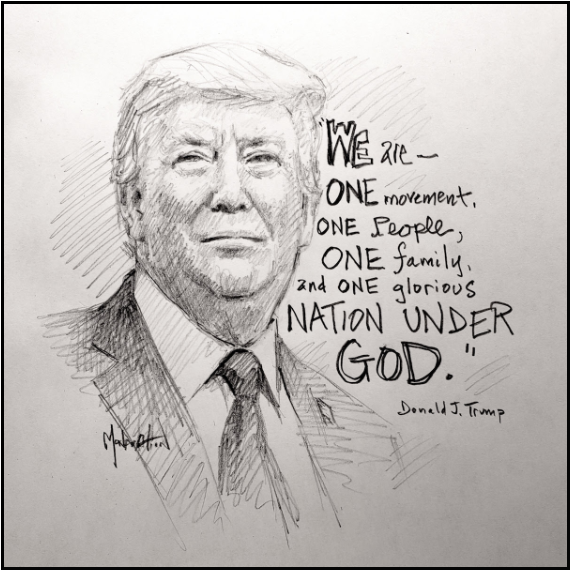 The hand-drawn image bears an incredible likeness to the President praying. But not only that, it also includes words of encouragement from Mr. Trump that McNaughton wants to inspire every American during this national crisis.

"We are one movement, one people, one family and one glorious nation under God."

Click here or on the banner below now to receive one McNaughton sketch in appreciation for your contribution of $30 or more. Contribute $50 or more to help Grassfire build, and we'll send you two sketches -- one to keep and another to share:

McNaughton already sold out of this Trump sketch. But as a special consideration to Grassfire, he's allowing us to submit an order for these amazing prints TOMORROW. We'll only be able to acquire a very limited supply of these presidential keepsakes. So if you want one, we need to hear from you ASAP!

Again, in appreciation of your contribution of $30 or more to help Grassfire build, you'll receive one McNaughton sketch. When you contribute $50 or more, we'll send you two. Plus, we cover shipping no matter how many you buy. Click here.

Thanks, in advance, for supporting Grassfire with your order.

P.S. Again, we're placing our one-and-only order for these stunning, 9" x 9" hand-drawn prints TOMORROW. So we MUST hear from you IMMEDIATELY. Grassfire plans to order a few extra, but we simply can't afford to pay for and hold excess inventory at this critical time in our nation's history. So, don't wait. Act now! Click here or on the banner below now to receive one McNaughton sketch in appreciation for your contribution of $30 or more. Contribute $50 or more to help Grassfire build, and we'll send you two sketches. Keep one and share the other with a pro-Trump friend or family member:

The Gateway Pundit: Disgraceful! Hack Reporter Asks President Trump if the Man Who Lost 50,000 American Lives Should be Re-elected (VIDEO)