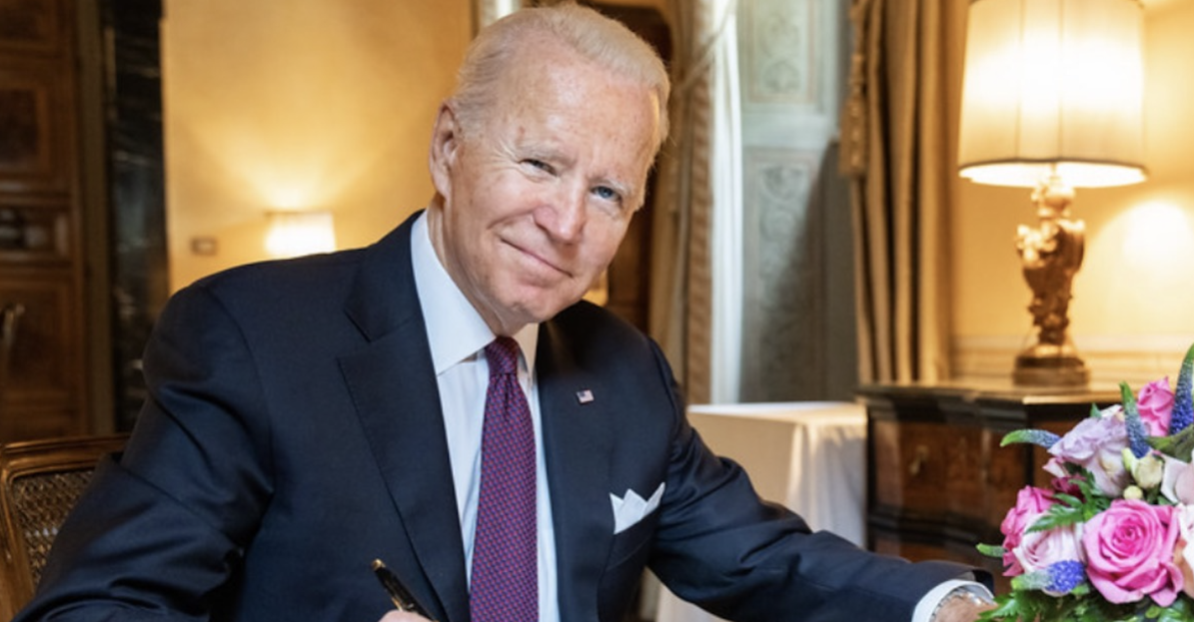 Joe Biden, his fellow radical Democrats and other fearmongers on the Unhinged Left want you to believe that the new COVID variant, Omicron, could be a death sentence for you and your loved ones if you refuse vaccines and boosters. Reading from a note card at the White House last Thursday, Mr. Biden warned:

"We are looking at a winter of severe illness and death for unvaccinated, for themselves, their families, and the hospitals they'll soon overwhelm."

But recent data from Florida reveals that Omicron is already widespread in at least one large U.S. city, seemingly, with little to no effect. On the same day Joe Biden issued his ominous warning for the unvaccinated, The Associated Press reported that "almost 100%" of the COVID virus identified in Orlando wastewater facilities earlier this month was Omicron! Quoting local officials in the Sunshine State, AP says:

Even though there have been practically no cases of clinical infection, wastewater samples show that the new omicron variant is now the dominant strain of COVID-19 in the Florida county that is home to the nation's largest theme park resorts. ... The omicron variant has quickly surpassed the delta variant in collections taken from wastewater sampling sites in Orange County.

According to AP, the mayor of Orange County said at a press conference last week, "Those who are hospitalized are being primarily infected by the delta variant." So, people going to Disney World and other nearby attractions have been pooping and peeing Omicron for weeks, but there have been few hospitalizations and ZERO reported deaths from the variant.

Grassfire called the coronavirus outbreak a "casedemic" 18 months ago. Overreacting to new variants and new cases is just one tool radical, unhinged leftists and FAKE NEWS are using to create fear. The Biden regime is using that fear (and even amplifying it) in hopes of controlling Americans -- pushing them to get tested, vaccinated and "boosted" so they won't "kill grandma."

There is NO doubt that COVID is dangerous to specific populations and great care MUST be taken to protect high-risk groups and individuals. But is the answer FORCED VACCINATING AMERICA? (Click here if you answered "NO!")

A day later, Grassfire contacted the office of House Minority Whip Steve Scalise (R-LA) to ask when Pelosi might schedule a House vote to repeal the Biden regime's tyrannical vaccine mandate. Our contact there laughed at the idea, writing: "Ha! She won't do it."

Multiple federal courts had paused Joe Biden's forced vaccination of America. But now, the 6th Circuit's decision on Friday has set up a constitutional showdown that could happen at the United States Supreme Court BEFORE Christmas.

Millions of Americans should NOT have to choose between taking the jab and losing their jobs. The Senate has already passed a resolution repealing the Biden regime's COVID tyranny. It's time for the House to do the same! Click here to make your voice heard on Capitol Hill.

First, it was COVID-19, then the Delta variant. Now, Omicron could be the excuse Big Government uses to prolong their tyranny and violate the constitutional rights of millions of Americans. What's even more infuriating is that reports indicate Omicron MAY NOT BE the wide-scale, deadly threat the Biden regime would have you believe.

Grassfire is empowering our team members to fight back against the Biden regime's forced vaccination of America! Tell Speaker Pelosi and Republicans in the House to push for and vote "No" on a resolution to defund and repeal Joe Biden's COVID tyranny. If you oppose this kind of government overreach, click here to sign the "NO JAB MANDATE!" national petition now. Thanks, in advance, for making your voice heard.