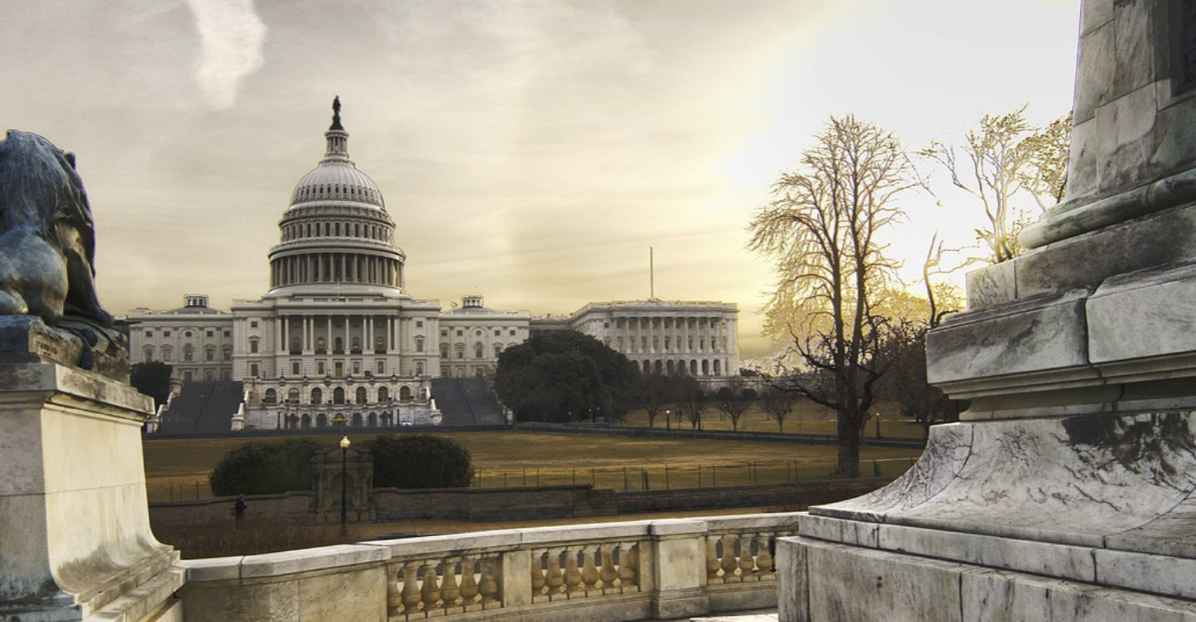 Politico reports that a dirty, back-room meeting about the $2 trillion "Biden Boondoggle" is happening RIGHT NOW on Capitol Hill! A group of Senate RINOs (Republicans In Name Only) are meeting with Democrats to work on a compromise "infrastructure" bill that will usher in more multi-trillion-dollar government spending. According to Politico's Playbook, "the unofficial guide to official Washington," Senators were scheduled to meet at 5:00 p.m. ET today:

We heard that the bipartisan infrastructure group and their staffs had late-night calls and videos throughout the two-week recess. Three sources in the group told us staff are racing to finalize bill text to introduce it as early as this week. But... a crop of the 11 Republicans who originally backed the so-called BIF ("bipartisan infrastructure framework") is getting cold feet amid "harsh scrutiny from the right."

House and Senate Democrats are trying to enact radical, extreme progressivism, and this $2 trillion, far-left "wish list" is a huge step in that direction. To them, it appears no price is too high for the American taxpayer to pay. That's why citizen patriots are demanding GOP Senators stop Joe Biden's $2 trillion boondoggle -- the second one this year!

Senate Majority Leader Chuck Schumer (D-NY) has said he wants a vote on the "infrastructure" bill NEXT WEEK. With the Senate back in session this week, Democrats and RINOs are crafting their dirty deals of compromise RIGHT NOW. You can take immediate action to oppose this huge, partisan spending bill. Demand that Senators -- including Cassidy, Collins, Murkowski, Portman and Romney -- FIGHT this boondoggle legislation.

Click here or on the banner below to rush your personalized message to Capitol Hill using Grassfire's unique FaxFire system. Instantly send "Stop Biden's Boondoggle!" faxes to all 50 GOP Senators and moderate Sen. Joe Manchin (D-WV) for only $30. Or reach EVERY member of the U.S. Senate (100 faxes) for just $50:

Again, as we're writing this, Senators are considering a radical-leftist, taxpayer-funded giveaway disguised as a "bipartisan," "infrastructure" spending bill. Mr. Biden, Schumer and House Speaker Nancy Pelosi (D-CA) want to spend trillions of dollars in public funds, not on actual infrastructure, but on liberal giveaways.

Infrastructure spending sounds good if you're talking about building and repairing roads, bridges, airports, etc. But to radical Democrats, infrastructure is whatever they want it to be. Far-left lawmakers are on record promoting paid leave, childcare, "caregiving," police accountability, affordable housing, fighting "climate change" and packing the Supreme Court as "infrastructure."

What's worse is that the "infrastructure" bill could lead to a "compromise" that opens the door to Democrats passing a highly partisan, extreme-spending bill via budget reconciliation without a single Republican vote. If Senate Republicans don't stop this legislation, Americans will soon witness the biggest expansion of government in our nation's history.

Radical Democrats want to use this "infrastructure" proposal as leverage to then pass a radical, highly partisan, spending bill via budget reconciliation, which would NOT require a single GOP vote! But first, Schumer needs 60 votes to pass this supposedly bipartisan, "infrastructure" bill. That means at least 10 Republicans will have to "break ranks" and vote "Yes" for the legislation to pass the Senate.

Click here to fax GOP Senators now. Urge them to stand firm and stay united so this second Biden boondoggle of 2021 doesn't become law. Don't let Democrats define "infrastructure" as whatever they say it is! To send your own faxes, click here for Grassfire's list of "Stop Biden's Boondoggle!" targets and their contact information. Thanks, in advance, for taking action today.

P.S. Merriam-Webster Dictionary defines "boondoggle" as "a wasteful or impractical project or activity." The Biden regime's latest boondoggle is $2 trillion of spending on a radical, far-left Democrat "wish list." America can't afford another Biden boondoggle, like the $2 trillion COVID "relief" bill signed just four months ago. You can immediately take action to urge Senate Republicans to fight the runaway, deficit spending in Washington, D.C. Click here to instantly send your "Stop Biden's Boondoggle!" faxes to 50 GOP Senators and Sen. Manchin now for just $30, or reach all 100 U.S. Senators for only $50: