Only 48 hours until CRITICAL vote on American socialism! 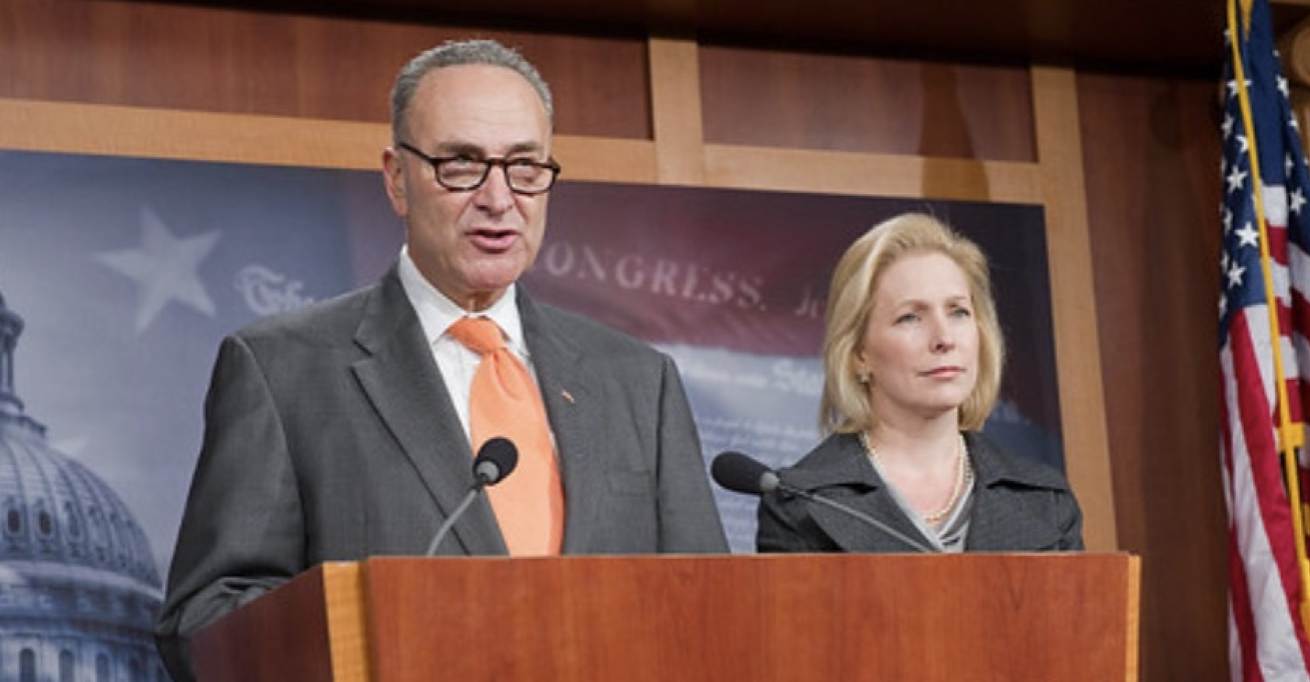 There will be some "arm-twisting" in the U.S Senate this week, as Majority Leader Chuck Schumer (D-NY) and his fellow Democrats try to ram the first of two HUGE spending bills down the collective throats of American taxpayers. According to this morning's POLITICO "Playbook":

The Senate majority leader is taking a gamble... by scheduling two major deadlines this week to force action on President JOE BIDEN’S agenda. The hardball move is meant to test whether Republicans who say they want bipartisanship mean it — but also to strong-arm his own ideologically diverse caucus into line on the massive, Democrats-only reconciliation bill.

POLITICO also reports that Schumer will file cloture TODAY on a falsely bipartisan, $1.2 trillion "infrastructure" bill that Democrats haven't even finished writing yet! A procedural vote on the legislation, finished or not, will take place on WEDNESDAY to decide whether or not the massive spending bill moves forward.

"How can I vote for cloture when the bill isn’t written?… We need Senate leadership, Schumer and the White House, to work with us. Right now, I can frankly tell you that they've not."

The Senate majority leader is daring GOP Senators to take a stand. He needs 60 votes to move his still-unfinished, $1.2-trillion bill forward. Grassfire is empowering YOU to tell Senate Republicans to stay united and fight back!

Utilize our unique FaxFire system to instantly make your voice heard on Capitol Hill. Click here or on the banner below now if you oppose the latest Biden Boondoggle. Fax all 50 Senate Republicans and moderate Democrat Senators Joe Manchin (WV) and Jon Tester (MT) for only $30. Or reach every U.S. Senator (100 faxes) for just $50:

Again, Schumer needs 60 votes to pass the first boondoggle bill. That means at least 10 Republicans will have to "break ranks" and vote "Yes" for the legislation to pass the Senate. If the GOP Senators cave, they could put American taxpayers on the hook for $3.5-trillion in additional spending on a Democrat wish-list of "human infrastructure." Click here to fax Senators now.

In Grassfire's previous boondoggle update, we warned our team members that this will be a CRITICAL week. The next TWO DAYS could decide whether or not America takes our first steps to full-blown socialism. If you missed Saturday night's message, please see here. Thanks, in advance, for taking action today.

CRUCIAL week in America's battle against socialism.
Only 48 hours until CRITICAL vote on American socialism!
Read the blog at Grassfire