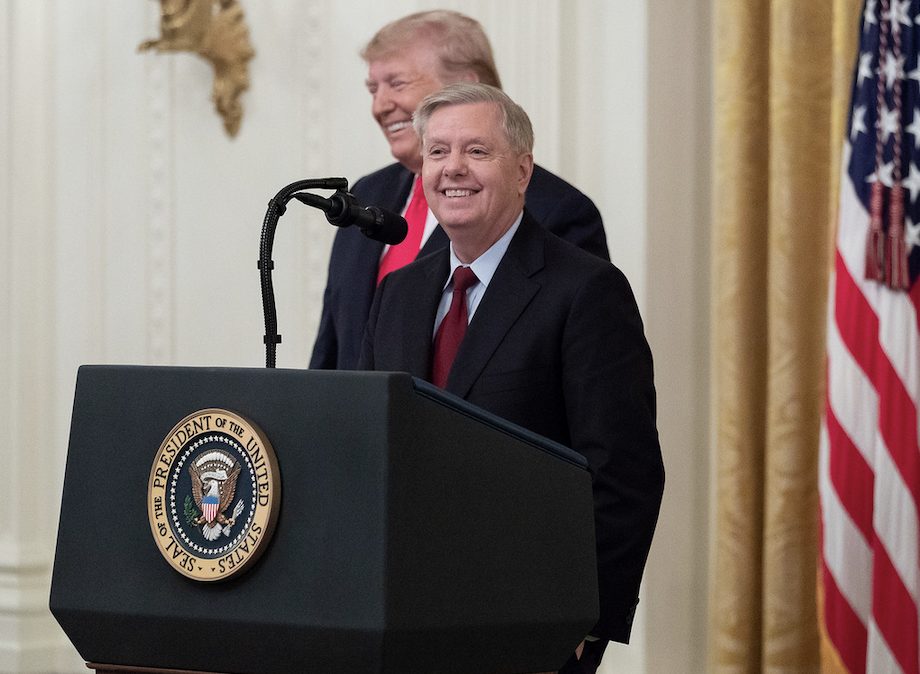 Sen. Lindsey Graham (R-SC) continually over promises and under delivers when it comes to ObamaGate. It's probably the worst trait a politician can have. Five days ago, the chairman of the powerful Senate Judiciary Committee, who has subpoena power, said in a statement:

"Democrats... have previously requested Mr. Mueller appear before the Senate Judiciary Committee to testify about his investigation. That request will be granted."

Former special counsel Robert Mueller, who led the Russia-hoax Witch Hunt against President Trump, now joins more than 50 Obama-era officials on Graham's proposed subpoena list. But the Senator is either lying or hasn't shown the guts to follow through, because he's failed to issue a single subpoena aimed at exposing ObamaGate.

In fact, Grassfire staff have been monitoring the Senate Judiciary Committee's hearing schedule to see if Graham would honor his repeated promises to "get to the bottom" of ObamaGate. As of early this morning, the ONLY item on the committee's schedule is a hearing on Wednesday, July 22, about "Protecting the Integrity of College Athletics."

Does America really need one of the Senate's most powerful committees wasting taxpayers' time and money by investigating college sports right now? COVID-19 shutdowns and lockdowns have canceled athletic events for months! Wouldn't uncovering possible corruption in the previous administration be a better use of Senators' time?

Grassroots patriots should be outraged by Graham's inaction. He's FAILING President Trump and the American people by refusing to follow through on his promises. He talks tough but has yet to deliver on ANYTHING related to exposing ObamaGate.

Grassfire is empowering our team members to contact Sen. Graham directly to demand he take immediate action to protect President Trump. First, call the senator's offices in our nation's capital and/or in his home state:

Click here or on the banner below to urge Graham and his fellow GOP Senators to hold key members of the Obama administration responsible and accountable for any "Deep State" attacks against President Trump:

ObamaGate could be THE greatest political scandal in U.S. history -- all designed to undermine Candidate, President-elect AND President Trump! As committee chairman, he has the power to subpoena witnesses but has NOT issued a single subpoena to compel key figures to testify.

So far, Graham has called only ONE WITNESS in his ObamaGate investigation, and that person appeared voluntarily. As of today, the committee doesn't even have a hearing scheduled to investigate the scandal. What is he waiting for?

ObamaGate MUST be exposed! Fax key Senators now to demand accountability and call on lawmakers to take immediate action! Click here to schedule your faxes now for instant delivery to congressional offices in our nation's capital.