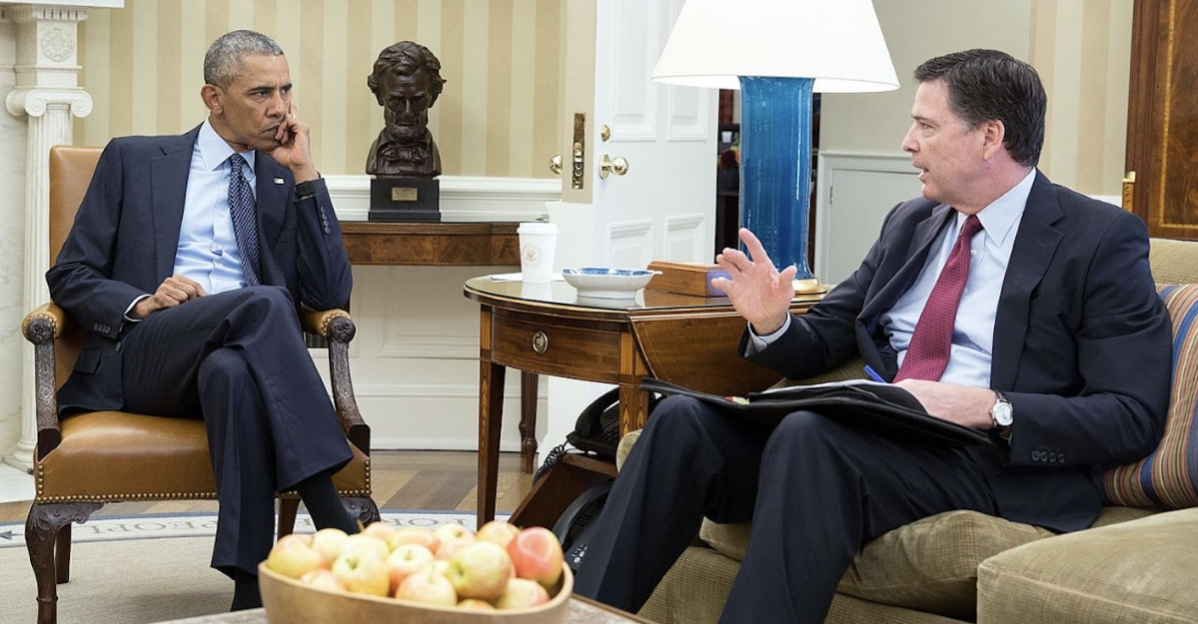 Yates resigned from her government post in January 2017 to protest President Trump's 90-day travel "ban" for people entering the U.S. from terrorist-compromised countries. But before leaving the Justice Department, Yates was front and center while serving in the Obama administration.

"Did Comey go rogue?" the chairman asked. "You could use that term. Yes," Yates replied.

Wow! The former acting-attorney general of the United States of America just admitted and confirmed that the "rogue" head of the FBI was leading a counter-intelligence investigation against a member of President-elect Trump's transition team! No wonder why our Commander-in-Chief called the Russia-hoax Witch Hunt "Treason!" and "The Political Crime of the Century" on Twitter yesterday.

Yates raised more eyebrows with some of her other testimony, specifically about the illegally obtained FISA warrant used to conduct surveillance on a different Trump campaign official AND about then-Vice President Joe Biden's possible involvement. (Click here for more hearing highlights courtesy of the Senate Judiciary Committee.)

Republicans are the majority party in the Senate. So, as chairman of the Judiciary Committee, Graham has the power to investigate possible corruption in the Obama administration. Yet, he continues to over promise and under deliver when it comes to EXPOSING ObamaGate.

Keep in mind that yesterday was only "Day 2" of Graham's "Oversight of the Crossfire Hurricane Investigation," and "Day 1" was on June 3, 2020. That's more than two months ago!

As chairman, Graham has subpoena power and released a "proposed subpoena list" of more than 50 Obama-era officials on June 4. So far, he's called two witnesses to testify in two months. At this rate, it will take more than eight years to get through his list!

If you want the senior senator from South Carolina to ramp up his investigation into possible corruption by members of the Obama administration, you can reach directly into his Capitol Hill office via Grassfire's "INVESTIGATE OBAMAGATE" FaxFire. For just $15, you can instantly send a personalized message to Sen. Graham, your two Senators, your Representative, Senate Majority Leader Mitch McConnell (R-KY) and EVERY Republican member of the Senate Judiciary Committee.

ObamaGate could be THE greatest political scandal in U.S. history -- all designed to undermine Candidate, President-elect AND President Trump! Graham has the power to subpoena witnesses but appears to be slow-walking the entire investigation.

P.S. American patriots need to rise up and call on the Republican-led Senate to take action by fully investigating this scandal. The time for empty promises is over. Grassroots Americans must push the GOP to ramp up the investigation into possible corruption within the Obama administration! Click here or on the banner below to demand the GOP stand with President Trump and EXPOSE ObamaGate: