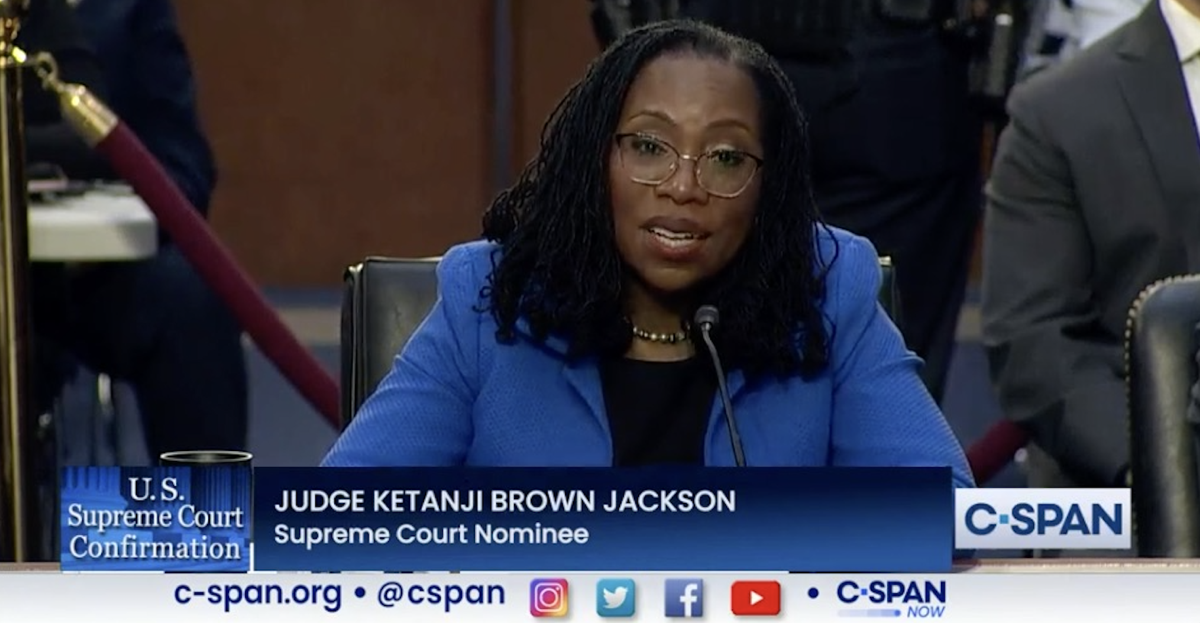 Joe Biden's nominee for the Supreme Court of the United States (SCOTUS) reportedly pushed divisive Critical Race Theory curriculum at a day school in Washington, D.C. According to Breitbart News, Judge Ketanji Brown Jackson "is involved in an anti-racist agreement that all parents of children at Georgetown Day School (GDS) must sign for enrollment." Here's an excerpt from the Breitbart exclusive, which is posted on their website:

The newly obtained documents and information acquired by Breitbart News fly in the face of what Jackson told (Senator Ted) Cruz (R-TX) during his line of committee questioning at Jackson’s confirmation hearings.

"Is critical race theory taught in schools? Is it taught in kindergarten through twelfth [grade]?" Cruz questioned Jackson.

"I don't know. I don't think so," she responded. "I believe it's an academic theory that is at the law school level."

During the questioning, Cruz also pointed to books that espouse CRT and are a part of GDS's curriculum.

Cruz cited the books "Critical Race Theory, An Introduction" and "Antiracist Baby" as examples of these books.

Last week, Senate Minority Leader Mitch McConnell (R-KY) announced he would NOT support Judge Jackson's nomination if it comes to the Senate floor for a full vote. Among McConnell's reasons was a concern that she would be an activist Justice. He said that, during her confirmation hearing, Jackson had shared "a perfect summary of judicial activism... a recipe for courts to wander into policy making and prevent healthy democratic compromise."

If you want Senate Republicans to stand with McConnell and oppose Joe Biden's Supreme Court nominee, Grassfire is empowering you to make your voice heard. A crucial vote by the Senate Judiciary Committee is expected on Monday. We want to deliver YOUR "Vote No On Biden's SCOTUS Pick!" petition on Capitol Hill BEFORE next week's vote.

Click here or on the banner below now to demand Republican Senators stand together and stay united by voting "NO!" on Joe Biden's Supreme Court nominee:

To deliver your petition to McConnell and the Senate Judiciary Committee's Ranking Member, Sen. Chuck Grassley (R-IA) BEFORE next week's crucial vote, Grassfire MUST hear from you by Thursday's petition deadline. That gives "America First" patriots, like you, just over 72 hours to make your voice heard! Click here to sign now. Thanks, in advance, for taking action today.