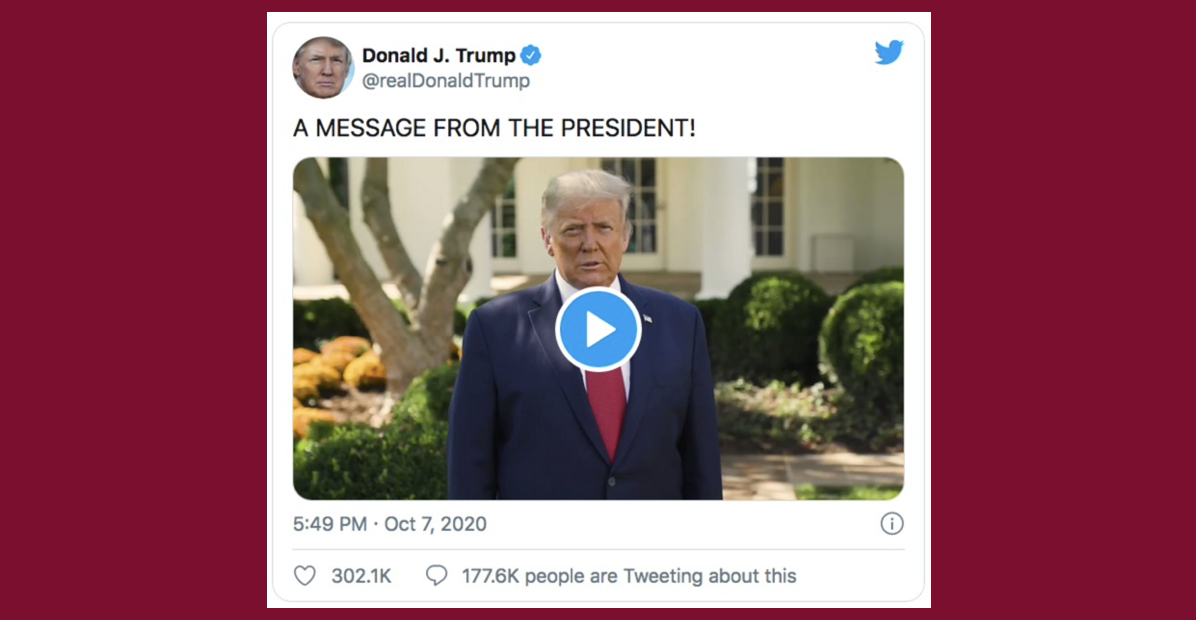 The very beginning of his new Twitter video is "classic" President Trump. In the first three seconds, he makes his supporters laugh and his haters wince:

"Hi. Perhaps you recognize me. I'm your favorite president." 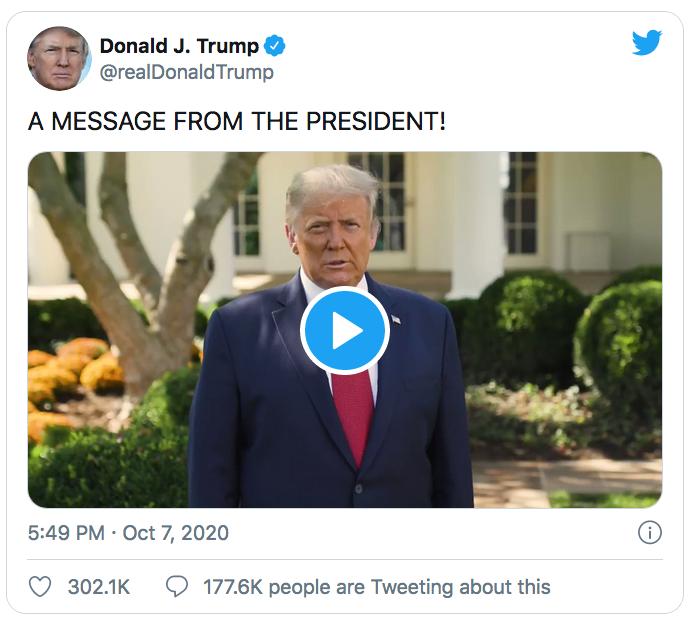 Released late yesterday afternoon, the nearly five-minute video features a very healthy looking Commander-in-Chief outside the Oval Office. He applauds the excellent care provided by the staff at Walter Reed and shares, in great detail, about the experimental drug he received. Regeneron, the President says, acted like "a cure."

Click here or on the image to watch this must-see video now.

Mr. Trump also pushes back against claims that he received preferential care as President of the United States. He insists:

"I want everybody to be given the same treatment as your president, because I feel great. I feel, like, perfect. ... I wanna get for you what I got. And I'm gonna make it free. You're not gonna pay for it."

Again, to watch the full video, click here or on the image above.

In other election news, the Commission on Presidential Debates announced this morning that the next debate on October 15 would be virtual "to protect the health and safety of all involved." But President Trump quickly rejected that idea. For more on that story and other headlines, go here or click above to read Grassfire's VIP News Digest.