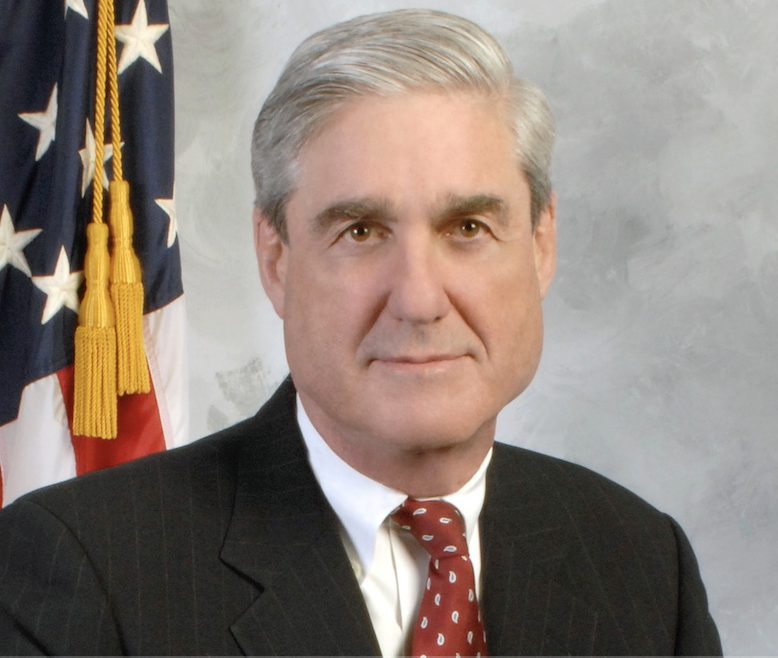 In an op-ed published in The Washington Post on Saturday, former Special Counsel Robert Mueller defended his investigation into "Russian interference in the 2016 presidential election." The "Witch Hunt," as President Trump repeatedly called it, took more than two years and cost millions of taxpayer dollars to conclude that America's Commander-in-Chief did NOT collude with Russia to defeat Hillary Clinton.

Yet, in response to the President commuting the sentence of Roger Stone this past weekend, Mueller wrote: "I feel compelled to respond both to broad claims that our investigation was illegitimate and our motives were improper. ... Russian efforts to interfere in our political system, and the essential question of whether those efforts involved the Trump campaign, required investigation."

But back in June, former acting-Attorney General Rod Rosenstein testified as the first (and only) witness, so far, in the Senate Judiciary Committee's "Oversight of the Crossfire Hurricane Investigation." Rosenstein dropped a bombshell under direct questioning from committee chairman Sen. Lindsey Graham (R-SC), who asked: "The whole concept that the campaign was colluding with the Russians, there was no 'there' there in August 2017. Do you agree with that general statement?" Rosenstein replied, "I agree with that general statement."

That testimony, given under oath, appears to directly contradict Mueller's op-ed. So, why did the Russia-hoax Witch Hunt against President Trump even take place? And worse, why did it last TWO YEARS?

The Senate Judiciary Committee voted to give Graham subpoena power on June 11. Before that, he promised to find out how the FBI investigation into President Trump and his associates "got off the rails." Saturday's article opened the door for Graham to target Mueller in the Senate's "Crossfire Hurricane" investigation. As reported by FOX News:

"Apparently, Mr. Mueller is willing -- and also capable -- of defending the Mueller investigation through an op-ed in The Washington Post," Graham said in a statement. "Democrats on the Senate Judiciary Committee have previously requested Mr. Mueller appear before the Senate Judiciary Committee to testify about his investigation. That request will be granted."

But to keep his word to "find out why the Mueller investigation lasted two years," Graham needs to begin ACTUALLY ISSUING SUBPOENAS to compel Obama-era officials to testify. His proposed subpoena list reads like a "Who's Who" list of the former president's inner circle. With Mueller now (supposedly) on that list and in the chairman's crosshairs, grassroots patriots are ready for the senior senator from South Carolina to act.

Urge Graham and his fellow GOP Senators on the Judiciary Committee to stand united and hold the Obama administration accountable for any "Deep State" attacks against President Trump. Click here or on the banner below to immediately send personalized "Expose ObamaGate" faxes to your two Senators, Representative and EVERY Republican member of the committee for just $15:

ObamaGate could be THE greatest political scandal in U.S. history -- all designed to undermine Candidate, President-elect AND President Trump! Months ago, Sen. Graham called FBI efforts to undermine our Commander-in-Chief "the tip of the iceberg."

As committee chairman, he has the power to subpoena witnesses but has NOT issued a single subpoena to compel key figures to testify. In fact, Graham has only called only ONE WITNESS to appear before the committee so far. As of today, he currently doesn't have even ONE hearing scheduled to investigate the scandal. What is he waiting for?!

ObamaGate MUST be exposed! Fax Sen. Graham and other key Senators now. Demand accountability and call on lawmakers to take immediate action! Click here to schedule your faxes now for instant delivery to congressional offices in our nation's capital.

P.S. As Shakespeare wrote in Hamlet, "Something is rotten in the state of Denmark." But it looks like something was rotten in Obama's State Department, too! The only way to root out any corruption is by issuing subpoenas to compel those accused to testify. Grassroots Americans must push Graham and other Senate Republicans to EXPOSE ObamaGate. Click here or on the banner below to demand the GOP stand with the President and investigate the actions of former Obama administration officials: