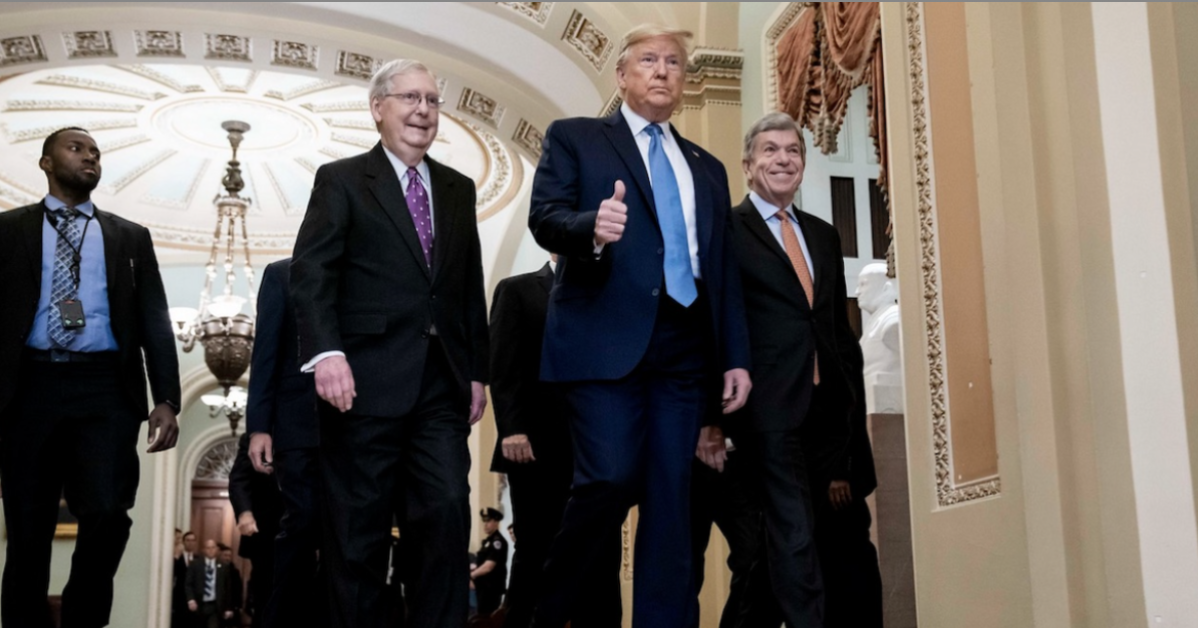 "Senate Republicans are strongly united behind the principle that the institution of the Senate, the office of the presidency, and former President Trump himself all deserve a full and fair process that respects his rights and the serious factual, legal, and constitutional questions at stake. ... (I)t is absolutely imperative that we do not allow a half-baked process to short-circuit the due process that former President Trump deserves or damage the Senate or the presidency."

But millions of pro-Trump Americans don't think there should even be an impeachment trial. Legal experts say putting President Trump on trial after leaving office is unconstitutional. So why is McConnell giving Senate Majority Leader Chuck Schumer a timeline to try the former Commander-in-Chief? Shouldn't he be fighting to NOT have an impeachment trial.

In our previous email, Grassfire announced our new "Should McConnell Resign?" QuickPoll. We want to know if his "leadership style" is what 74 million Trump voters need right now? Do you think McConnell is the best option for the GOP in a 50-50 Senate? Or do Republican and conservative patriots deserve better?

Please see yesterday's message below to vote "YES! McConnell should resign!" or "NO! McConnell should stay!" We want to know what you think, so please make your voice heard now. We'll share the final results of the "Should McConnell Resign?" QuickPoll early next week. Thanks, in advance, for your vote.

P.S. If you've already voted, please consider taking immediate action to demand GOP Senators reject the impeachment witch hunt against President Trump. Click here or on the banner below now to instantly fax your personalized, pro-Trump message to ALL 50 Republicans in United States Senate for only $30:

Senate Minority Leader Mitch McConnell (R-KY) is coming under fire for inflammatory, anti-Trump remarks he made on the Senate floor this week. On Tuesday, his final day as Majority Leader, McConnell appeared to be aligning himself with Democrats by claiming:

"The mob [that breached the Capitol] was fed lies. They were provoked by the President and other powerful people. ... We certified the people’s clear choice for their 46th president."

Senator Mitch McConnell of Kentucky, the Republican leader, has told associates that he believes President Trump committed impeachable offenses and that he is pleased that Democrats are moving to impeach him, believing that it will make it easier to purge him from the party.

Grassfire wants to know where our team members stand on McConnell's "leadership" in the Senate. He has served as the Upper Chamber's top Republican since November 2006, when he was voted Minority Leader. He's been the longest-serving leader of U.S. Senate Republicans in history.

But over the past 14 years, you could argue that he's also been the chief architect of the GOP's "Play Fight and Surrender" strategy. McConnell's "go along to get along" approach with Democrats over the past dozen years has brought disastrous consequences, including ObamaCare, ObamaGate, out-of-control spending and now a deeply flawed (and likely fraudulent) election! 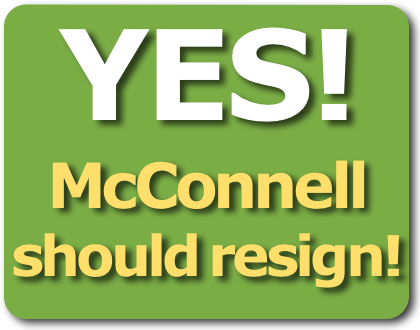 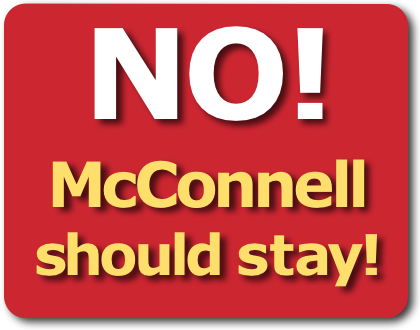 Please note, we're not asking if you think McConnell should resign from the Senate, just from his position as Minority Leader. Kentucky currently has a Democrat governor. If McConnell left the Senate, it's very likely a Democrat would be installed to replace him, which would further tilt the balance of power AWAY from Republicans.

We'll share the results of our "Should McConnell Resign?" QuickPoll after reaching 10,000 votes. Thanks, in advance, for making your voice heard today.

McConnell is said to be pleased about impeachment, believing it will be easier to purge Trump from the G.O.P. (The New York Times)