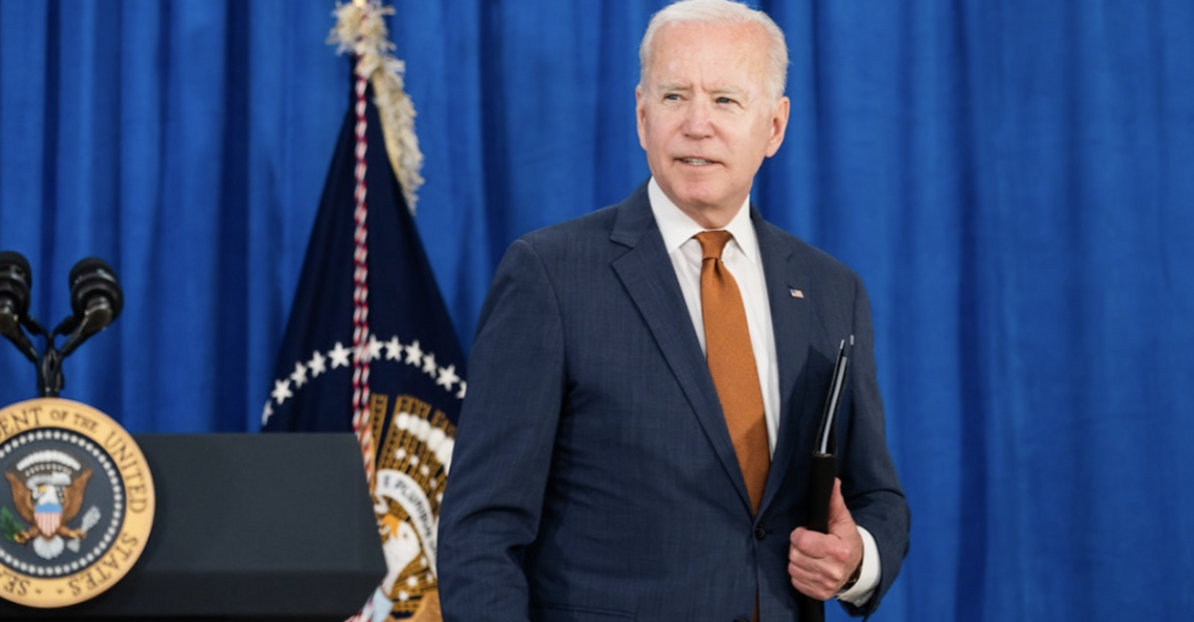 In response to rising crime in mostly Democrat-controlled, "Defund The Police!" cities, Joe Biden held a press conference on Wednesday, where he AGAIN made false claims about the Second Amendment. Like his statements in April, this week's were also historically inaccurate. Based on what he said, Mr. Biden and his "handlers" are either being intentionally deceitful or blissfully ignorant. Here's an excerpt:

"The Second Amendment, from the day it will passed, limited the type of people who could own a gun or what type of weapon you could own. You couldn't buy cannons. Those who say the blood of Patriots, you know, and all the stuff about how we’re gonna have to move against the government. Well, the tree of liberty is not watered with the blood of patriots. …

"If you think you need to have weapons to take on the government, you need F-15s and maybe some nuclear weapons. The point is that there's always been the ability to rationally limit the type of weapon that can be owned and who can own them."

Here's the truth. When our Founding Fathers ratified the Second Amendment on December 15, 1791, muskets and flintlock pistols were really the only guns available. There were no restrictions on those firearms or who could own them. The U.S. Constitution clearly states: "...the right of the people to keep and bear Arms shall not be infringed."

And, according to Time, "The first piece of national gun control legislation was passed on June 26, 1934." Americans owned and used firearms -- even cannons -- for more than 142 years before government intervened. PolitiFact judged the cannon claim, which the former-Vice President also made during the 2020 presidential campaign, "false":

The [Biden] campaign was unable to come up with an example of a law banning private ownership of cannons, and historians of the period doubt that any existed. To the contrary, there are documented instances of privateers, or privately owned vessels, setting sail with cannons during the period.

Also, the "blood of patriots" quote Mr. Biden stumbled over was written by Thomas Jefferson, America's third president and author of the Declaration of Independence, in a 1787 letter: "The tree of liberty must be refreshed from time to time with the blood of patriots and tyrants." While no reasonable person wants to see a violent uprising overthrow the U.S. government, many men and women have shed their blood to ensure and protect our great nation's freedom and security from tyranny over the past 245 years.

Finally, if citizens need fighter jets and nukes to overthrow the government, why are radical Democrats and FAKE NEWS still so bothered by the weaponless "insurrection" on January 6?

Gun-rights supporters fear that with Democrats controlling both Congress and the White House, lawmakers will "overreach." Either through additional executive orders or new legislation, the radical Left could further infringe on the Second Amendment privileges of law-abiding citizens to protect themselves and their loved ones.

Instantly make your voice heard to oppose Democrat-led efforts to disarm the American people. Send your "Stop Biden's Gun Grab!" faxes to Capitol Hill now. Click here or on the banner below to immediately fax all 50 GOP Senators for only $30, or reach EVERY member of the U.S. Senate (100 faxes) for only $50:

ATTENTION GRASSFIRE VIPS: GO HERE TO SEND YOUR "STOP BIDEN'S GUN GRAB!" FAXES AT AN 80% DISCOUNT!
(Not a VIP? Go here to send this fax at 80% discount.)
(Having trouble accessing your benefits? Go here.)

Again, the Second Amendment says "...the right of the people to keep and bear Arms shall not be infringed." The U.S. Constitution is very clear when it comes to gun control. Police cannot be everywhere, which is why American citizens have used firearms to defend their lives and property for nearly 250 years.

As American cities become battle zones of crime and gang violence -- and as the U.S. southern border disintegrates -- the answer proposed by radical Democrats and the Unhinged Left should NOT be to make it harder for law-abiding citizens to protect themselves.

When criminals use guns to hurt and kill people, it's tragic and unacceptable. Most Americans would agree that no terrorist, criminal or mentally ill person should be allowed access to firearms. But if you think gun-control laws should NOT prevent mentally competent, law-abiding citizens from exercising their God-given constitutional right "to keep and bear Arms," you can make your voice heard now.

Click here to fax EVERY Republican Senator now for just $30 and demand they "Stop Biden's Gun Grab!" To send your own pro-Second Amendment faxes to lawmakers, click here for a list of Senate targets and their contact information. Thanks, in advance, for taking action today.

P.S. We've discounted LEVEL ONE of the "Stop Biden's Gun Grab!" FaxFire by 40% to empower our team members to make their voices heard. If possible, select LEVEL TWO and make an even bigger impact! Reach EVERY member of the United States Senate, 100 faxes in all, for only $50. That's an even larger discount of 50%! Go here to fax now: