URGENT: Jab-mandate showdown in the Senate THIS WEEK! 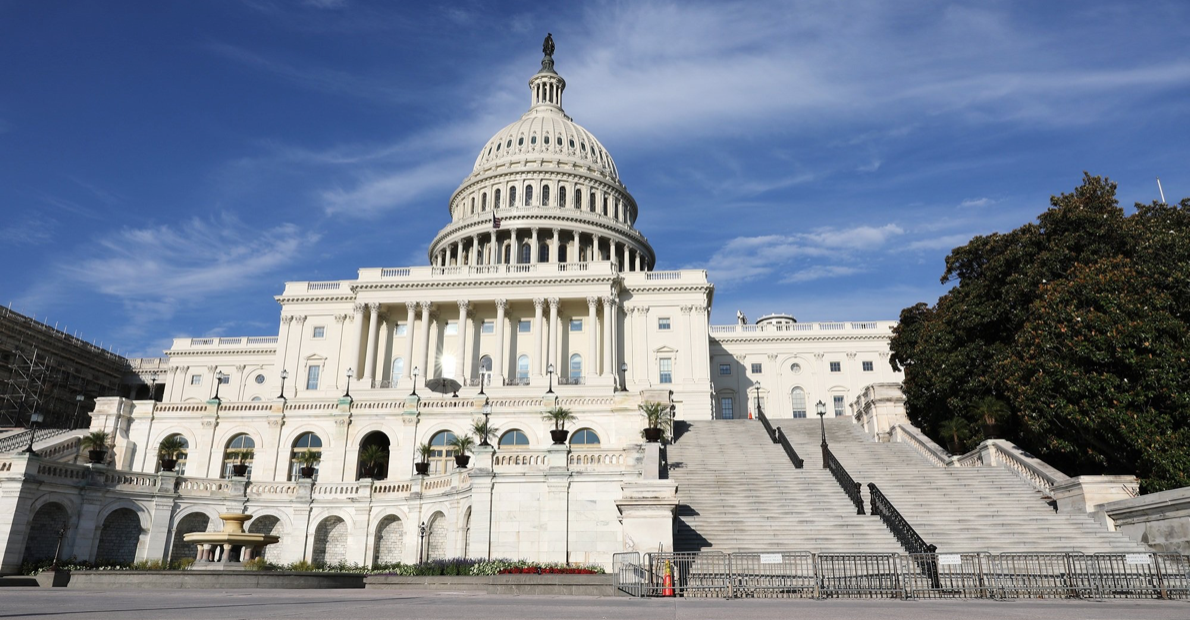 A group of "America First" lawmakers appear ready to take a stand against the Biden regime's COVID tyranny -- even if it means shutting down the federal government! POLITICO broke the news of a "shutdown showdown" this morning:

Conservatives on both sides of the Capitol are privately plotting to force a government shutdown Friday in an effort to defund the Biden administration’s vaccine mandate on the private sector, multiple GOP sources told Playbook. ...

It is unclear how many Senate conservatives are publicly willing to follow through on the shutdown threat. But 15 signed a letter spearheaded by Sen. ROGER MARSHALL (R-Kan.) in early November vowing to "use all means at our disposal" — including invoking Senate procedures to gum up the works — to block passage of a continuing resolution that doesn't stop implementation of a vaccine mandate.

POLITICO also says "a group of Senate conservatives" will capitalize "on a last-minute scramble to fund the government." Those Republicans are threatening to delay passage of a continuing resolution that would avert a shutdown unless Democrats refuse to finance enforcement of Joe Biden's unconstitutional mandate:

Because of the tight schedule — and Senate rules that require unanimous consent to move quickly — the senators believe they’ll be able to drag out the process well past midnight Friday, when funding officially expires.

Sen. Mike Lee (R-UT) told POLITICO Playbook in a statement: "Given that federal courts across the country have raised serious issues with these mandates, it’s not unreasonable for my Democratic colleagues to delay enforcement of the mandates for at least the length of the continuing resolution."

Joe Biden and the radical, unhinged Left keep pushing draconian, unnecessary, unconstitutional COVID policy -- even after multiple federal courts have paused the Biden regime's forced vaccination of America. Millions of Americans should NOT be forced to chose between taking the jab and losing their job. That's why Grassfire is empowering team members to take action against COVID tyranny.

Urge Republican Senators to stand strong and stay united to stop the Biden regime's vaccine mandate. Fight the Biden regime's COVID tyranny! Click here or on the banner below now to INSTANTLY sign the "No Jab Mandate!" national petition:

Again, you CAN fight back against the Biden regime's COVID tyranny. The radical, unhinged Left is determined to take our great nation down the "rabbit hole" of using the FEARdemic to, once again, strip you of your God-given, constitutional rights. You don't have to let them get away with it!

If you're outraged by these attacks on your freedom, take immediate action! If you REJECT the radical Democrats' efforts to "reset" America into a "woke," socialist, totalitarian state, Grassfire is empowering you to do something about it! Make your voice heard in the battle against COVID tyranny by telling Republican Senators to stand strong and stay united.

Take immediate action by clicking here to instantly sign the "No Jab Mandate!" national petition. Tell Senators to say NO to Joe Biden's unconstitutional COVID tyranny! With a vote on the continuing resolution expected THIS WEEK, Grassfire is mobilizing our representatives to deliver "No Jab Mandate!" petitions to Republican Senate leadership by Friday.

Time is short! Go here to add your name now with just one click. Thank you, in advance, for taking action today.

P.S. Please note that Grassfire is not against people choosing to receive the COVID vaccine, especially the elderly and those most at risk. But the Biden regime and the radical, unhinged Left have launched the FORCED VACCINATION of America. If you do NOT think the "jab" should be mandated or forced on Americans for work, school, military service or any other reason, go here to instantly sign the national petition now: