ITOBRAGNCFI: Here's the list of GOP turncoats on gun control 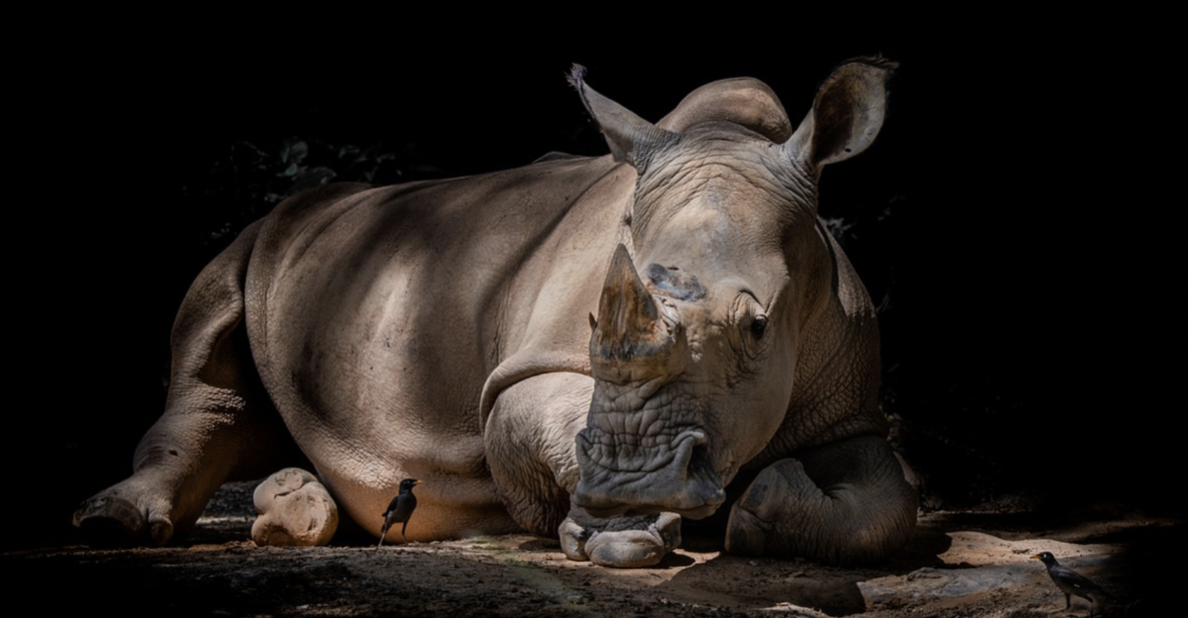 By now, most of our team members are familiar with our "ITOBRAGNCFI" acronym. Pronounced EE-TOE-BRAG-NICK-FEE, our staff created it out of frustration several years ago to represent the phrase: "I'm Tired Of Being Right And Getting No Credit For It." Grassfire rolls it out every time one of our predictions about the Biden regime, the radical, unhinged Left and/or Establishment, Anti-Trump Republicans comes true.

Our latest ITOBRAGNCFI came to light yesterday, after 10 RINOs pledged to support a "commonsense, bipartisan" gun-control bill that isn't even written yet! In Saturday's "Second Amendment Update," Grassfire warned that weak-kneed Republican Senators would cave to Democrats on the Second Amendment. But we had no idea so many would surrender so soon. Here's the list of those GOP turncoats (in alphabetical order) that we first shared this morning:

Buck Sexton is a conservative commentator and co-host of "The Clay Travis and Buck Sexton Radio Show," which airs nationwide during the late, great Rush Limbaugh's noon to 3:00 p.m. time slot. This afternoon, Grassfire staff found Sexton's Sunday tweet about the 10 "Republicans In Name Only." We think it perfectly sums up every RINO's willingness to abandon conservative principles to serve their own misguided, anti-American and unconstitutional interests: 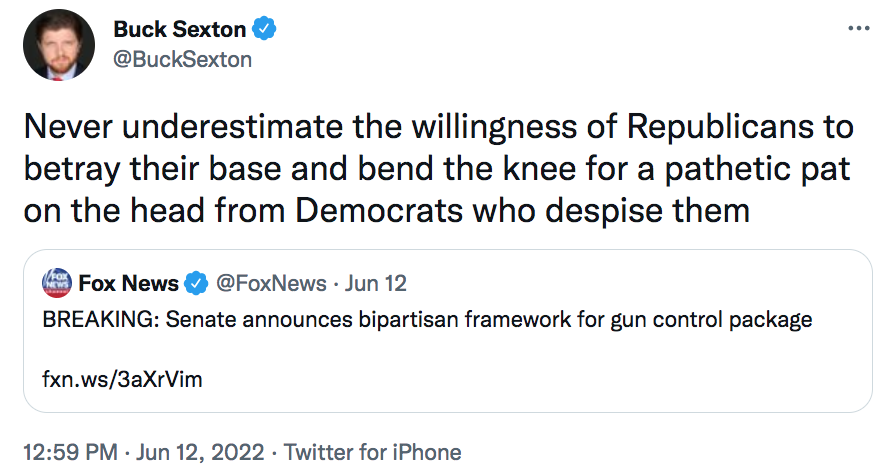 Never underestimate the willingness of Republicans to betray their base and bend the knee for a pathetic pat on the head from Democrats who despise them.

By siding with Democrats on a non-existent bill, these 10 RINOs are announcing they will help deliver the 60 votes necessary to block a Senate filibuster. That would empower Joe Biden to sign a law limiting your Second Amendment right "to keep and bear Arms."

+ + NEW: For Only $15, Instantly Fax All 10 RINOs Attacking Your Second Amendment Rights!

The bill reportedly opens the door to enacting "red flag" laws that violate the due-process rights of American gun owners. But since the legislation only exists "in principle" right now, no one knows for sure what other infringements they'll bake into it.

In response to the 10 RINOs caving on Second Amendment rights, Grassfire updated and re-launched our "Stop Biden's Gun Grab!" FaxFire this morning. For just $15, you can instantly reach your two Senators, Senate Minority Leader Mitch McConnell (R-KY) and the ten weak-kneed Republicans who agreed to a gun-control bill that isn't even written yet.

Click here or on the banner below to immediately send up to 15 faxes to Senate offices on Capitol Hill for only $15. You also can fax a personalized pro-Second Amendment message to all 50 GOP Senators for only $30, or reach EVERY member of the United States Senate (100 faxes) for only $50:

The Second Amendment clearly states: "The right of the people to keep and bear Arms shall not be infringed." When criminals, terrorists and the mentally ill use guns to hurt and kill people, it's tragic and unacceptable. But the U.S. Constitution is very specific when it comes to gun control. Mentally competent, law-abiding Americans should not be prevented from exercising their constitutional right "to keep and bear Arms."

Even if you've reached out to lawmakers before to protect your Second Amendment rights, please consider faxing them again. This updated FaxFire targets your two Senators, Senate Minority Leader Mitch McConnell (R-KY) and those ten RINO Senators for only $15. Reach every remaining Senate Republican (up to 52 faxes) for $30, or fax all 100 U.S. Senators for just $50. Click here to send your "Stop Biden's Gun Grab!" faxes now.

We've discounted this urgent FaxFire by 40% and 50% to empower our team members to make their voices heard. To send your own pro-Second Amendment faxes to lawmakers, click here for a list of Senate targets and their contact information. Thanks, in advance, for taking action today.