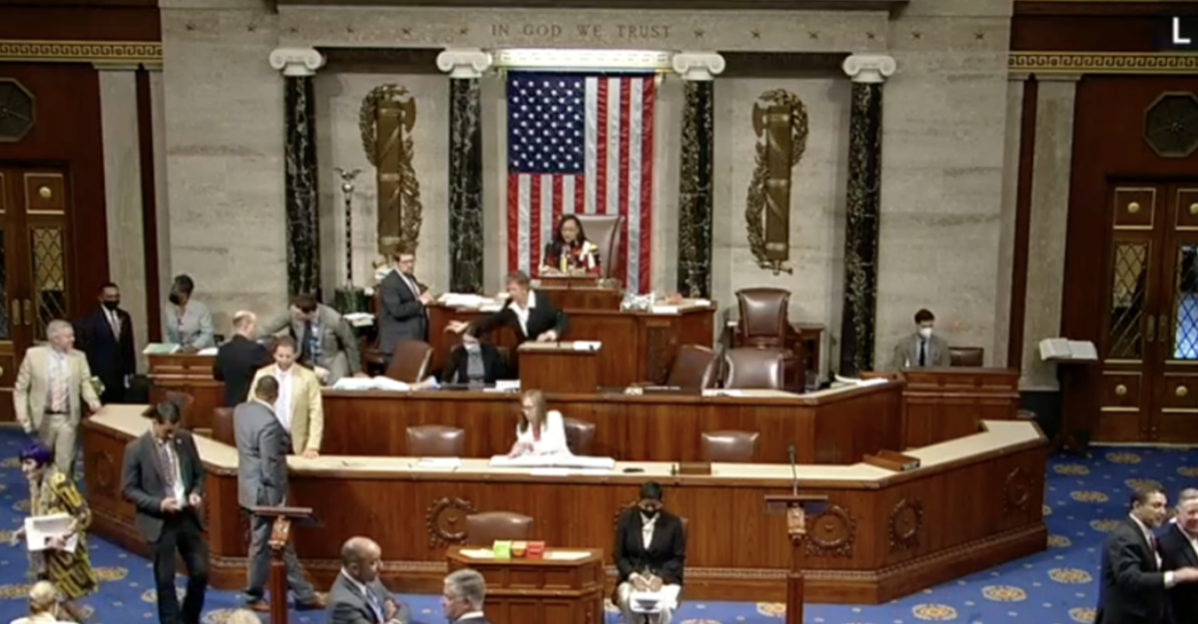 Democrats and RINOs in the House are now on-record violating YOUR right "to keep and bear Arms." Will Senators be the next lawmakers to torch the Second Amendment? Last night, Representatives voted 223-204 to advance what GOP leaders dubbed the "Unconstitutional Gun Restrictions Act."

Five Republicans sided with Democrats, while two Democrat Reps voted with the GOP. The bill now moves to the Senate, where it is expected to face an uphill battle in the evenly split Upper Chamber. But will 10 weak-kneed Senators cave to the radical, unhinged Left's demands to disarm law-abiding Americans?

The battle over gun rights versus gun control will stay near the top of national news now that the Protecting Our Kids Act (H.R. 7910) has advanced to the Senate. Grassfire reached out to Minority Leader Mitch McConnell's (R-KY) office today to ask how soon the Upper Chamber would vote on the "Unconstitutional Gun Restrictions Act." His staff told us via email:

The fears of gun-rights supporters were realized when the Democrat-controlled House "overreached" in the wake of recent politicized tragedies. With the unconstitutional H.R. 7910 now before the Senate, Democrat and RINO Senators could give Joe Biden what he wants -- to infringe on the Second Amendment rights of law-abiding Americans!

Do you think the intensified push for sweeping gun-control measures is a partisan political ploy by Democrats that will disarm law-abiding Americans instead of criminals? If so, you can take immediate action to protect your freedom "to keep and bear Arms." Make your voice heard by signing the national petition to "Protect The Second!"

Take immediate action to ensure your constitutional right to "keep and bear Arms" is NOT violated, repealed or infringed. If you oppose Joe Biden's and radical Democrat efforts to disarm the American people, click here or on the banner below now to sign the national petition to "Protect The Second Amendment!":

As American cities become battle zones of rising crime and gang violence -- and as our southern border disintegrates -- the Biden regime, radical Democrats and RINOs should NOT make it harder for law-abiding citizens to protect themselves.

The Second Amendment clearly states: "The right of the people to keep and bear Arms shall not be infringed." The U.S. Constitution is very specific when it comes to gun control. Police cannot be everywhere, so American citizens have used firearms to defend their lives and property for nearly 250 years.

P.S. Criminals using guns to hurt and kill people is tragic and unacceptable. Most Americans would agree that no terrorist, criminal or mentally ill person should have access to firearms. But if you think gun-control laws should NOT prevent mentally competent, law-abiding citizens from exercising their God-given constitutional right "to keep and bear Arms," make your voice heard! Go here to sign now: