Hey, GOP! No "Biden BILLIONS" to protect the WRONG BORDER! 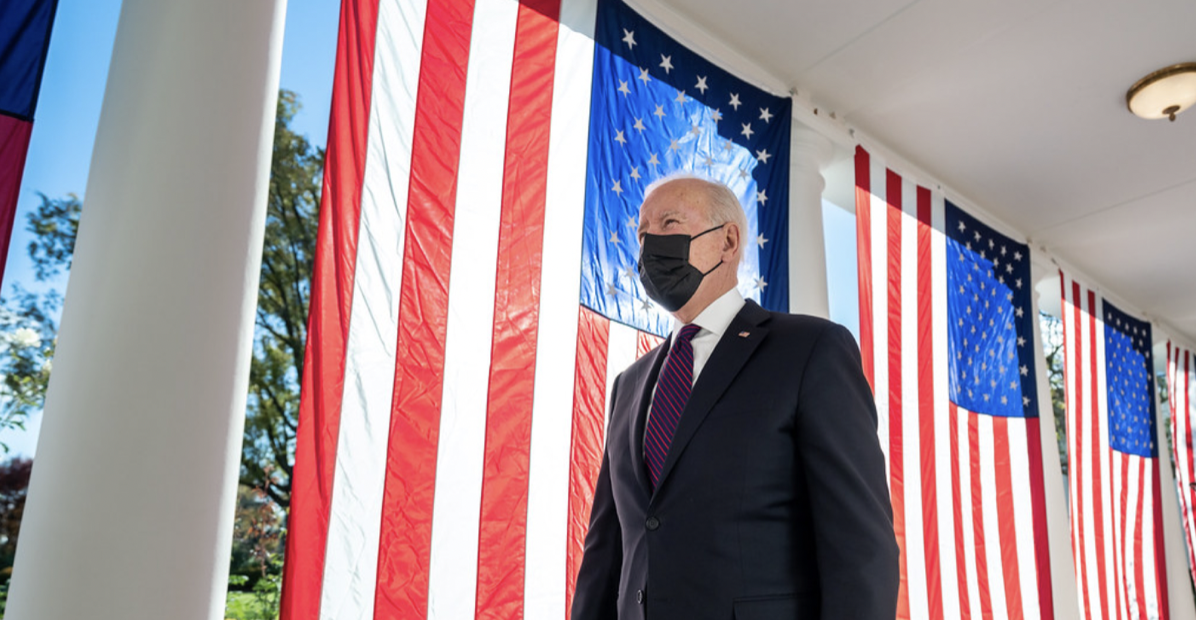 What's happening in Ukraine is horrible. The Wall Street Journal reported on Monday that Russia has launched a "fresh wave of attacks on population centers." The newspaper says civilian casualties are on the rise as "shelling (and) airstrikes intensify." But does America need to go billions more into debt to help the Ukrainian people?

Joe Biden wants U.S. taxpayers to pay BILLIONS and BILLIONS of dollars so his regime can "respond to the Ukraine crisis." The Washington Post reports that Mr. Biden first asked Congress for more than $6 billion "hoping to boost programs at the State Department and Pentagon in response to the geopolitical crisis."

Last week, the so-called "Commander-in-Chief" said he wants another $10 BILLION to "help train Ukraine's military, boost its cybersecurity defenses, provide food and other humanitarian aid, and fortify its electricity supply." The United States is more than $30 TRILLION in debt! Where are BILLIONS more for another country going to come from? It's outrageous Big Government spending!

What's worse is that Republican lawmakers are actually lining up behind this push. They have no problem spending YOUR money to become further involved in a conflict with nuclear-armed Russia!

Sen. Ted Cruz (R-TX) issued a statement calling for "a standalone Ukraine military aid package to get them the assistance they need as quickly as possible. Ukraine, its people, and its leaders will not survive if we settle for half-measures and delay."

+ + Demand GOP Senators And Representatives Call On The Biden Regime To "Stop Protecting The Wrong Border!"

In the midst of a raging U.S. border crisis, with inflation skyrocketing and violent crime rising, Joe Biden wants to hand over BILLIONS AND BILLIONS more taxpayer dollars to Ukraine. His regime has already committed more than $1 BILLION over the past year to help the Eastern European nation. Meanwhile, Mr. Biden and the radical, unhinged leftists in his administration continue to ignore the crisis of TWO MILLION illegal aliens invading the U.S. southern border.

Are you tired of the "America Last" agenda or RINOs and the Biden regime? Now is the time to make your voice heard! If you think the White House should be working harder to secure our border with Mexico than protecting Ukraine's, take action by signing the "Stop Protecting The Wrong Border!" national petition. Tell GOP Senators and Representatives to demand Joe Biden prioritize defending American interests first, rather than spending BILLIONS on Ukraine.

Joe Biden wants to spend BILLIONS of taxpayer dollars to help protect Ukraine's border, while ignoring the crisis raging along the U.S. border with Mexico. If you want the Biden regime to stop the literal invasion of illegal aliens, click here or on the banner below now to sign the "Stop Protecting The Wrong Border!" national petition:

Is the Russian invasion of Ukraine horrible and unacceptable? Yes! Absolutely. But, as a taxpaying American, you can strongly condemn Russia's aggression, support Ukraine and STILL demand the Biden regime protect our nation's border, too. Mr. Biden's blatant disregard for our great nation's security, sovereignty and way of life must not stand. Let Grassfire empower you to make your voice heard!

Grassfire is empowering you to call on Senate Republicans and moderate Democrats to take action against the Biden regime. Demand they force Mr. Biden to address illegal immigration along America's southern border before becoming further embroiled in the Russia-Ukraine conflict! Click here to add your name to the "Stop Protecting The Wrong Border!" national petition now.

When Grassfire reaches 20,000 signatures, we'll deliver your petition to Republican leaders in Washington, D.C. You can demand GOP Senators and Representatives take action to stop the Biden regime from protecting the wrong border. Click here to sign now. Thanks, in advance, for taking action today.

P.S. Again, America is facing a very real threat of our own -- one that's being ignored by Joe Biden and his ilk. Our southern border is literally being invaded by millions of illegal aliens! You can take immediate action to demand the "Commander-in-Chief" secure the U.S. border BEFORE risking American lives AND spending BILLIONS (and BILLIONS) of tax dollars to protect Ukraine's. Click here or on the banner below now to sign the "Stop Protecting The Wrong Border!" national petition: