Hannity to "weak" Republicans: "Get a backbone!" 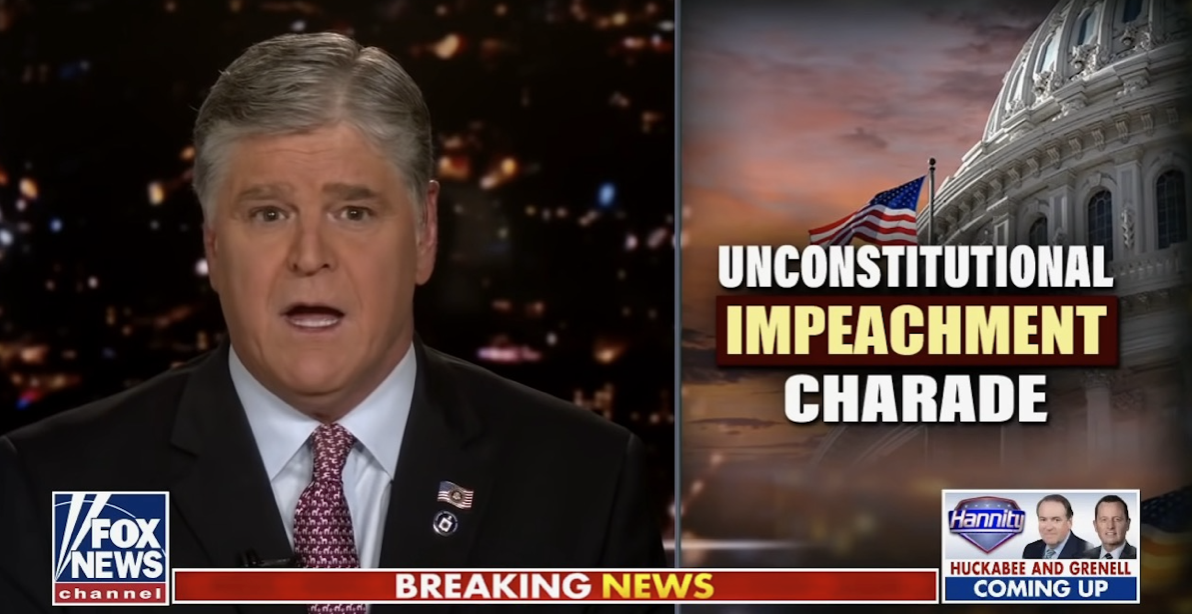 FOX News personality Sean Hannity went on an EPIC rant last night, calling out Republicans for not doing more to end what he labeled the "Unconstitutional Impeachment Charade" against President Trump. While addressing the hypocrisy of radical Democrats, Hannity also took aim at "weak" GOP Senators. He challenged them to "stop legitimizing" the Unhinged Left's "psychotic rage" against our former Commander-in-Chief, saying:

"Republicans, will you, for once, get a back bone? Will you for once not buckle, not capitulate, not give in? Will you say [to Democrats], 'He's not in office. Enough. Stop wasting our time and our money.'?" (Click here to watch Hannity's epic rant.)

Grassfire is confident that Hannity spoke for tens of millions of Trump supporters last night. We think our team members are among them.

On Tuesday, Americans saw 45 GOP Senators vote that an impeachment trial of the former president is unconstitutional. Sen. Rand Paul (R-KY), who forced the legislative action, tweeted: "This 'trial' is dead on arrival in the Senate."

So why is the Senate still planning to start an impeachment trial on February 8? Why aren't Republicans doing more to force Senate Majority Leader Chuck Schumer (D-NY) to end the charade?

Grassfire wants to know where our team members stand on impeachment. We want to know if you stand with Donald Trump and reject this latest witch hunt against America's 45th president. If so, please click on the button below now to make your voice heard!

The fight isn't over to stop this SHAM impeachment before it starts on February 8! Millions of pro-Trump Americans agree there shouldn't even be a trial. If you're one of them, Grassfire is empowering you to make your voice heard.

Tell all 50 GOP Senators -- including the five RINOs who voted against the President -- to KEEP FIGHTING! Demand they "Reject The Impeachment Witch Hunt!" Our unique FaxFire system enables you to reach inside the halls of Congress to urge Senate Republicans to stop this "dead on arrival" trial.

Your "Reject The Impeachment Witch Hunt!" faxes can reach every GOP Senator with your personalized message in just minutes. Click here or on the banner below to immediately fax 50 Republicans in the "Upper Chamber" for just $.60 each:

Click here to immediately demand that Senators "Reject The Impeachment Witch Hunt!" against President Trump. To send your own faxes, click here for a complete list of FaxFire targets and their contact information. Thanks, in advance, for taking action today.

P.S. This week, 90% of GOP Senators (45 out of 50) stood with President Trump against next month's unconstitutional impeachment trial. Grassfire is urging every grassroots patriot to make their voice heard by demanding Senators reject this witch hunt and vote against impeaching America's 45th president. Schedule your personalized faxes for immediate delivery to Senate offices now! Click here or on the banner below now to instantly send 50 "Reject The Impeachment Witch Hunt" faxes to GOP Senators for just $30: