Graham: Equality Act "tramples on the rights of Christians" 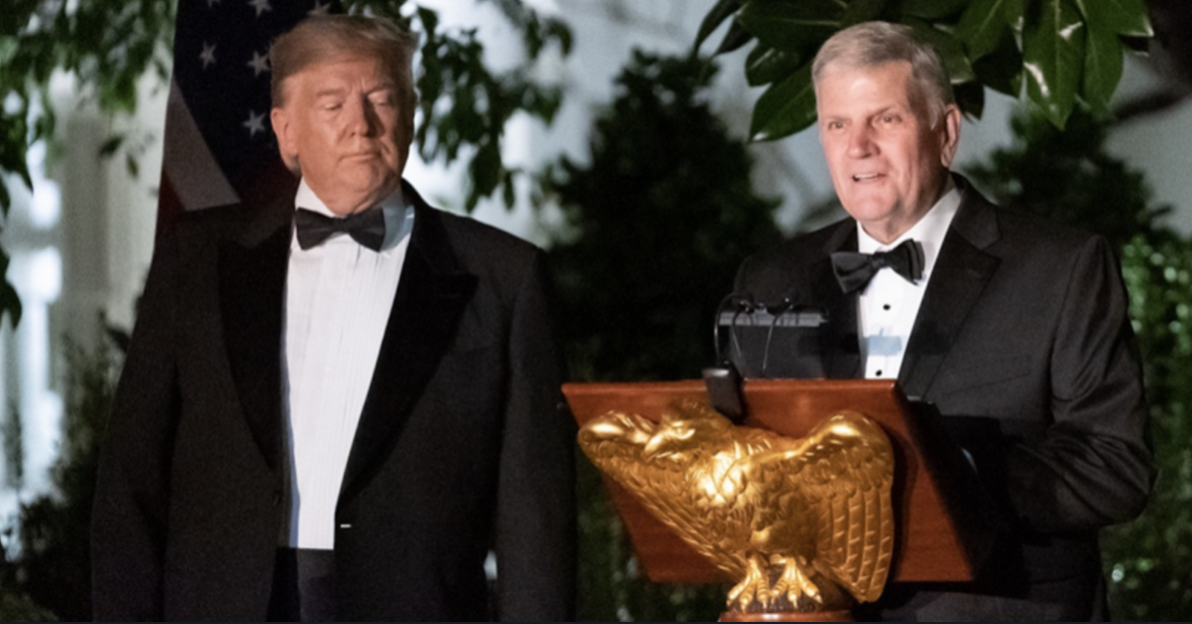 Franklin Graham, president and CEO of the Billy Graham Evangelistic Association (BGEA), continues his bold opposition to the so-called Equality Act (H.R.5). Last month, he went on record calling the anti-faith, pro-LGBTQ bill "one of the most dangerous pieces of legislation in my lifetime."

The global evangelist and humanitarian also called H.R.5 "despicable," warning that it would "silence people of faith" and could "lead to the end of Christianity in this country." In the May issue of BGEA's Decision magazine, Graham again takes aim at the radical and extreme bill:

The Equality Act supposedly seeks to protect the rights of transgender and gay people, but in doing so it tramples on the rights of Christians and faith-based organizations to live and work by their Biblically based convictions. If passed, it would be a serious blow to religious freedom as we have known it.

A few years ago, even a few months ago, most of us would have thought this was impossible. But a lot has changed very quickly in America. In light of what conservative patriots have seen during the Biden regime's first "100 Days" in power, it's not hard to imagine the kind of unprecedented persecution that Graham envisions.

Ask yourself if "canceling" the faith of tens of millions of Christians seems possible in today's moral, social, political and economic climate. It's conceivable that radical Democrats, the Unhinged Left, Big Tech, FAKE NEWS and the "woke mob" will come for you, your church, or your Christian business if this bill becomes law.

You can take immediate action to defend religious freedom and the rights of Christians, women, girls, at-risk children and the unborn. If you oppose this anti-faith, pro-homosexual and pro-transgender legislation, make your voice heard! Rush your personalized "Stop The 'Equality' Act!" faxes to GOP Senators on Capitol Hill now.

Click here or on the banner below to immediately fax all 50 Senate Republicans and moderate Democrat Sen. Joe Manchin of West Virginia for just $30. You can also reach EVERY member of the U.S. Senate (100 faxes) for only $50:

Joe Biden promised to sign the misnamed Equality Act into law during his "First 100 Days" in office, but he failed. Senate Majority Leader Chuck Schumer (D-NY) doesn't have the 60 votes needed to pass H.R.5 yet, but he has positioned the bill so that it can be voted on at any time. That means grassroots patriots must continue to push back if they want to "Stop The 'Equality' Act!"

Democrats need 10 Republicans to "break ranks" and vote "Yes" for the legislation to become law. You can tell GOP Senators to stand firm and stay united so this anti-faith, pro-LGBTQ bill won't make it to Joe Biden's desk. If you oppose the "Equality" Act, take action to embolden lawmakers now!

The Senate is back in session next week, which means Democrats could try to move this "dangerous" and "despicable" bill forward in the coming days. Click here now to immediately fax ALL 50 Republican Senators and Sen. Manchin for only $30. Or "go the extra mile" and reach EVERY member of the U.S. Senate (100 faxes) for just $50. To send your own faxes, click here for a list of targets and their contact information. Thanks, in advance, for making your voice heard.

P.S. Millions of Americans, including Franklin Graham, want to see this radical and extreme bill defeated in the Senate. H.R.5 boldly and unapologetically sacrifices religious liberty on the "altar" of political correctness. But YOU have the power to demand Senate Republicans take action to stop it! Click here to instantly send your "Stop The 'Equality' Act!" faxes to 50 GOP Senators and Sen. Manchin now for only $30, or reach all 100 U.S. Senators for only $50: