GOP Senator hints at roadblocks ahead for Biden's gun grab 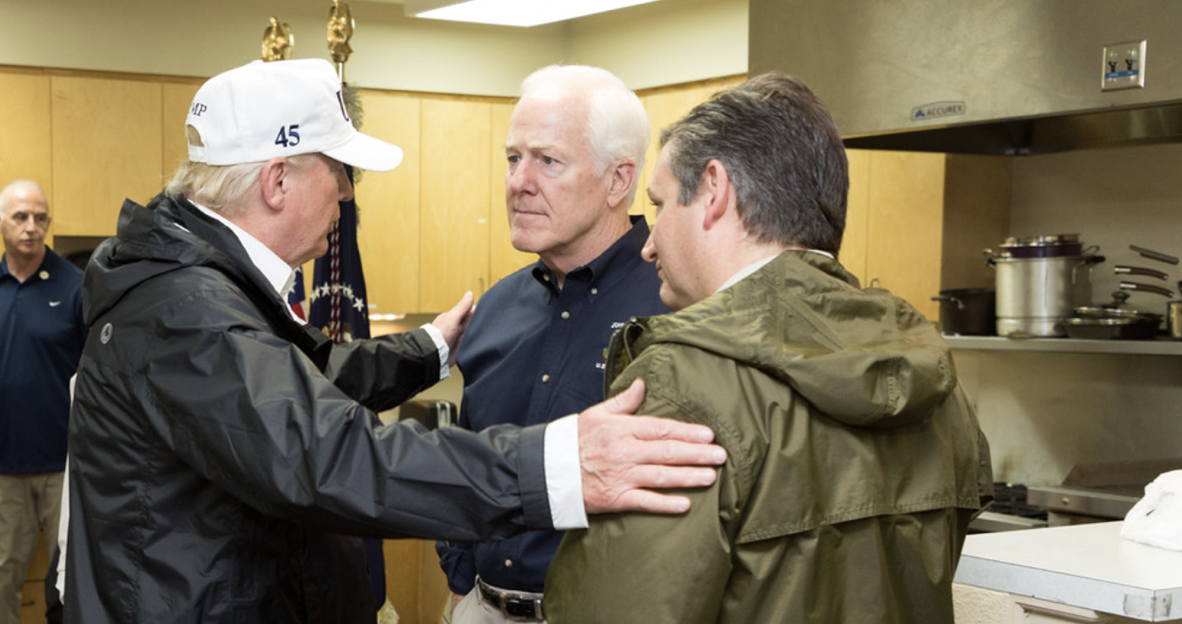 It appears the Senate Republicans' chief gun-control negotiator, Sen. John Cornyn, is dropping hints about possible roadblocks ahead for the pending "gun grab" by the Biden regime, radical Democrats and Establishment RINOs. This morning, rather than post directly to his Twitter page, Cornyn (or his staff) re-tweeted news coverage by far-left CNN -- of his own quotes!

In all, the Texas Republican shared five posts by the network's chief congressional correspondent Manu Raju (who former Sen. Martha McSally [R-AZ] once called "a liberal hack"). Here are the two most revealing tweets that Raju shared back to back at 10:14 a.m. ET: 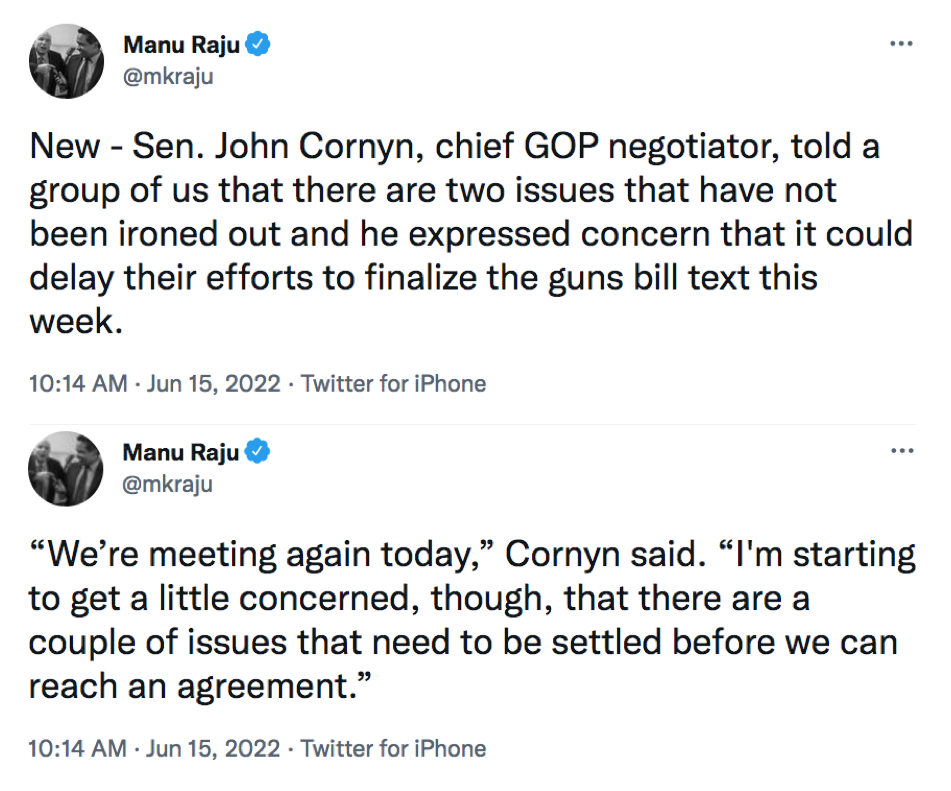 Sen. John Cornyn, chief GOP negotiator, told a group of us that there are two issues that have not been ironed out and he expressed concern that it could delay their efforts to finalize the guns bill text this week.

"We're meeting again today," Cornyn said. "I'm starting to get a little concerned, though, that there are a couple of issues that need to be settled before we can reach an agreement."

Raju reports that those issues are federal funding for states to enact and enforce "red flag" laws, as well as how "nontraditional relationships are handled in terms of domestic violence and misdemeanors." Are these the first "cracks in the armor" that could doom the "commonsense, bipartisan" effort to restrict the Second Amendment rights of law-abiding Americans?

Gun-rights supporters across the nation immediately expressed outrage over 10 RINOs supporting a yet-to-be-written, gun-control bill. Is grassroots pressure already taking a toll? It would be surprising, considering that Senate Minority "Leader" Mitch McConnell (R-KY) voiced his support for the bill's "framework" yesterday. (See our previous email for more on that.)

If you oppose the Biden regime's efforts to disarm the American people, click here or on the banner below to fax your two Senators, Senate Minority "Leader" McConnell and the 10 gun-control RINOs now for only $15. Reach every remaining GOP Senator (up to 52 faxes) for $30 or the entire United States Senate (100 faxes) for $50:

The fears of gun-rights supporters were realized last week when the Democrat-controlled House "overreached" in the wake of recent politicized tragedies. They passed a gun-control law that infringes on the constitutional right "to keep and bear Arms." That bill faced an uncertain fate, as 60 votes are needed to pass legislation in the Upper Chamber. But now, with 11 RINO votes, the nonexistent "compromise" bill will very likely pass the Senate.

Congress is one step closer to passing "gun control" in defiance of the Second Amendment. If you missed our previous update, please see below for the list of 11 "Republicans In Name Only" who are willing to sacrifice your constitutional rights to radical, unhinged Democrats and the Biden regime. Click here to fax Senators now.

Even if you've reached out to lawmakers before to protect your Second Amend rights, please consider faxing them again. This updated FaxFire targets your two Senators, Senate Minority Leader Mitch McConnell (R-KY) and ten RINO Senators for only $15. Thanks, in advance, for taking action.