GOP Senator: "All kinds of examples of fraud" 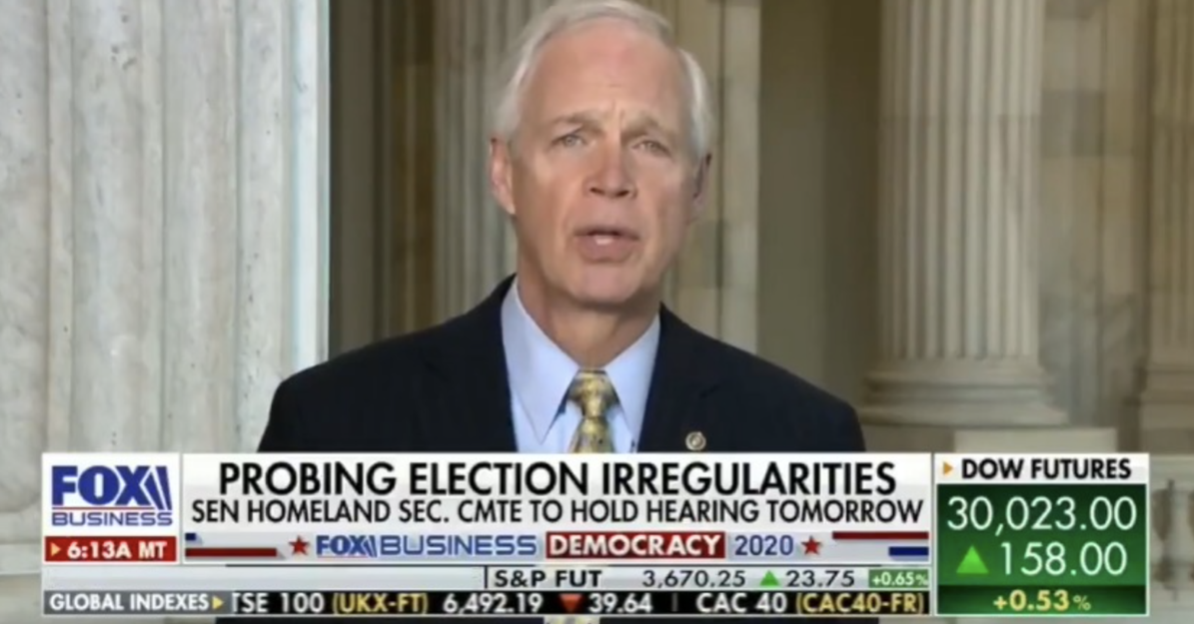 ALERT! Ken Starr says the Constitution was "flagrantly violated in Pennsylvania" during the 2020 election. Please see this morning's Election Update below...

A powerful Senate committee met yesterday to examine "irregularities" in the 2020 election. The oversight hearing by the Homeland Security and Governmental Affairs Committee was overdue -- especially since Senate Majority "Leader" Mitch McConnell (R-KY) raised the white flag of surrender on Tuesday by congratulating Joe Biden as "president-elect."

Let's hope the hearing wasn't too little, too late. Former special prosecutor Ken Starr testified about what he has called a "constitutional travesty" in Pennsylvania. Under direct questioning from Sen. Rand Paul (R-KY), Starr said:

"[The] Constitution is very clear that it is the prerogative of state legislatures to determine what these rules and laws are. And that was, I must say, flagrantly violated in Pennsylvania, and perhaps elsewhere as well."

Earlier this week, Chairman of the Senate Committee on Homeland Security and Governmental Affairs Ron Johnson (R-WI) told FOX Business why the hearing was so important:

"We have all kinds of examples of fraud, and we know a large percentage of the American public just simply don't think this was a legitimate election. That's an unsustainable state of affairs for our country. We have to have confidence in our elections."

You can instantly reach the eight GOP members of that Senate committee, along with EVERY other remaining Republican Senator, using Grassfire's "Stop The Steal!" FaxFire. Click here or on the banner below now to fax your personalized message to all 53 GOP Senators, seven governors in key battleground states AND 16 elected officials in Georgia, Pennsylvania, Michigan and Wisconsin, -- for just $30:

Demand GOP Senators stop play-fighting and surrendering to Democrats. Unlike McConnell, who hoisted the white flag earlier this week, these Republicans MUST stand with President Trump to "Stop The Steal!" Click here to fax now, and thank you, in advance, for taking action today.

P.S. Also, go the "extra mile" with LEVEL TWO of the "Stop The Steal!" FaxFire and fax 115 lawmakers today for only $50. (That's less than $.44 per fax!) Click here or on the banner below now to also reach House Minority Leader Kevin McCarthy (R-CA), Minority Whip Steve Scalise (R-LA) and ALL 37 members of the House Freedom Caucus:

Go here for more information from our previous update.