Fauci EXPOSED! Should he be fired? Vote now...

A New York Times article published on January 14, 1986 called Dr. Anthony Fauci "one of the Government's top authorities on AIDS." At that time, he had been serving as director of the National Institute of Allergy and Infectious Diseases (NIAID) for about two years. The newspaper reported on Fauci's predictions about the future of the AIDS epidemic: 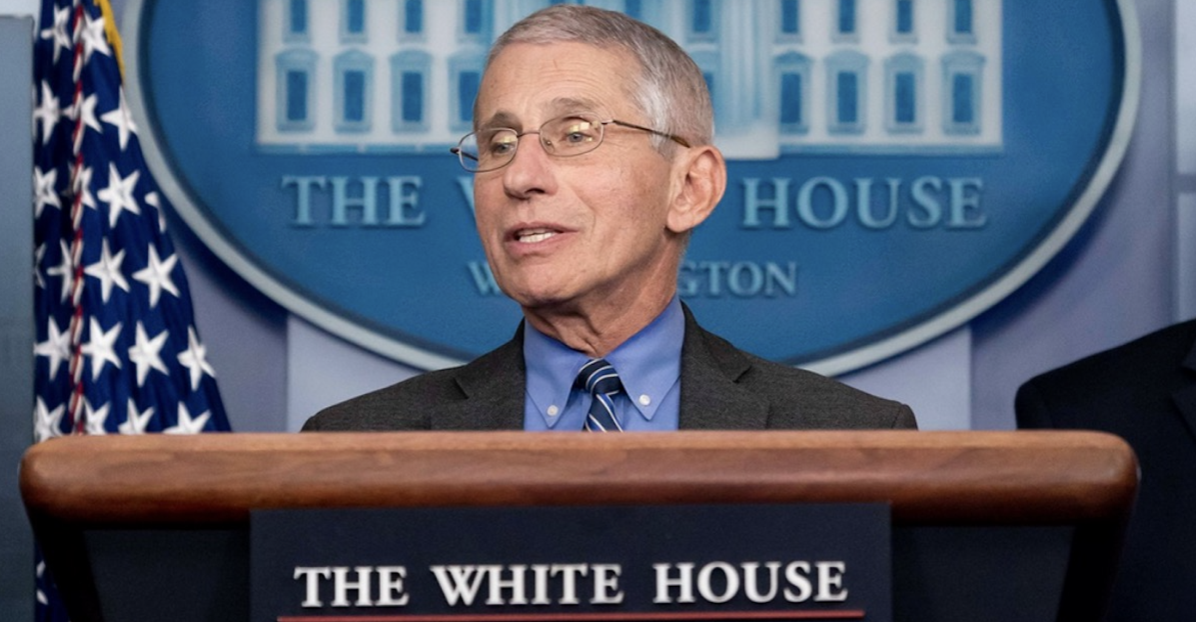 (H)e believes, on the basis of very ''soft'' estimates, that one million Americans have already been infected with the virus and that this number will jump to at least 2 million or 3 million within 5 to 10 years. He also hazarded a guess that about 40 percent of those infected would eventually develop AIDS and die from it, over the course of years or even decades, unless a treatment is found. If he is right, then perhaps 400,000 Americans are already doomed to die from AIDS, and that number could climb to a million within 5 to 10 years.

The Centers for Disease Control and Prevention (CDC) first used the term "AIDS" on September 24, 1982, but doctors discovered the virus afflicting patients in mid-1981. The NYT interview took place nearly five years later, and just like with COVID-19, Fauci's "very 'soft' estimates" were WAY off.

According to the CDC's website: "An estimated 770,000 people have died from AIDS-related illnesses [worldwide] since the start of the epidemic." So, even if you use the lower number of projected infections (two million) and the longer timeline (10 years), a 40% death rate -- as Fauci predicted -- would total 800,000 people. It's been 35 YEARS and, thankfully, the world STILL hasn't seen that many AIDS fatalities!

In March of 2020, Dr. Fauci appeared on CNN and agreed with estimates that warned "it's possible" -- in a worst-case scenario -- millions of Americans could die from the coronavirus. (Note: The CDC says an estimated 593,000 people in the U.S. have died of COVID-19. But whether they died "from" the virus or "with" it is still unclear.) Proclaimed by the network as the "nation's top infectious disease doctor," Fauci said, "I like it when people are thinking I'm overreacting, because that means we're doing it just right."

But those wildly inaccurate, doomsday predictions by Fauci and other so-called "experts" resulted in extended, unnecessary, draconian shutdowns and lockdowns that devastated the U.S. economy, destroyed hundreds of thousands (if not millions) of American lives, and led to a Democrat-engineered result in the 2020 presidential election. How can ANY government official NOT be held responsible for that?

In an email yesterday afternoon, Grassfire launched the "Fire Fauci?" Quickpoll. (Click here.) We want to know if our team members think the NIAID chief should be terminated/forced to resign. Click here or on the "YES!" button below if you want Republicans to demand Dr. Fauci be removed from his post. Click here or on the "NO!" button below if you do NOT want to see him get fired. Thanks, in advance, for taking action today.

P.S. After you've voted, please forward this email to your family and friends. We'd like to know whether or not they think Fauci's time on the government payroll should end. If you want to see the doctor fired or resign, you can take immediate action to make your voice heard. Click here or on the banner below now to fax Republican lawmakers to demand they "Fire Fauci!":