Facebook's "thumbs down" to our message fighting infanticide 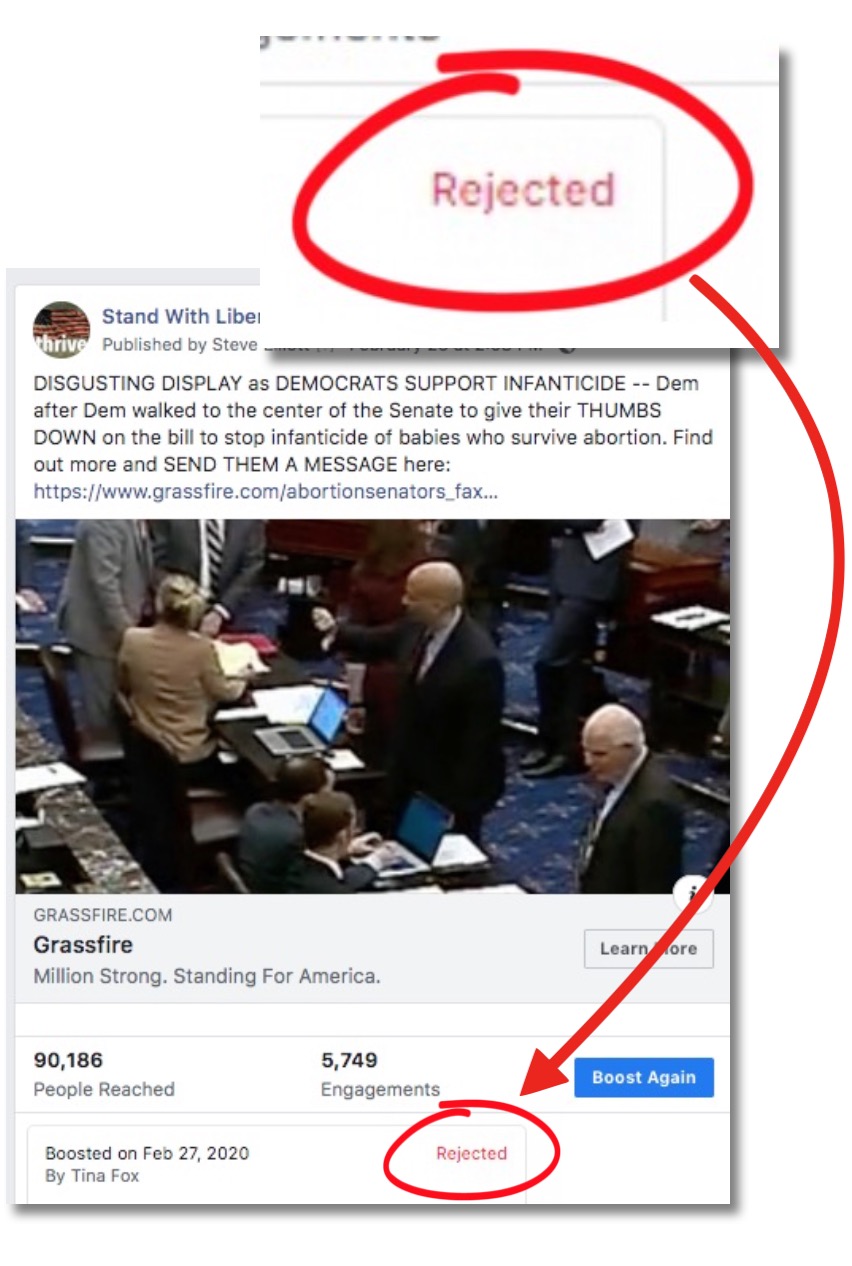 Over the past few days, we have seen an overwhelming response from our team members to our "Thumbs Down" FaxFire that targets 44 "pro-death" Democrat Senators who blocked a bill to stop infanticide -- with many walking to the Senate floor and making a "THUMBS DOWN" gesture to announce their pro-infanticide votes. Patriotic Americans have been outraged!

So yesterday, we shared the Democrats' brazen "THUMBS DOWN" actions on Facebook, and our post reached an amazing 90,000 people in just a few hours! So we decided to "boost" the post and hopefully reach tens of thousands more concerned citizens. But Facebook blocked our efforts!

We were notified by Facebook that they had REJECTED our efforts and effectively said THUMBS DOWN to Grassfire's message exposing the Democrats for supporting infanticide!

+ + Facebook Blocked Us And Effectively Sided With The Infanticide Senators

We believe this is pure political censoring by Facebook. Perhaps they don't like the fact that our post exposing the "Thumbs Down" Democrats for supporting infanticide was so popular, so Facebook said "THUMBS DOWN" in order to stop more citizens from learning about this outrage.

Now we need your help to BYPASS FACEBOOK by having thousands of team members take action today and send as strong a message as possible to these 44 Pro-Death, "Thumbs Down" Senators who just supported infanticide!

Will you take action today? If you are outraged...

With just a few clicks, YOU CAN BYPASS FACEBOOK'S CENSORING and FAX EVERY "PRO-DEATH" SENATOR who bowed to BIG ABORTION -- all at a SPECIAL 55% DISCOUNT. Go here to personalize your faxes and send them a message:

Thanks to the efforts of our team members, word is spreading about the Democrats' offensive "THUMBS DOWN" gestures against the bill that simply stopped infanticide -- the killing of babies who survived an abortion. Here are just a few of the hundreds of comments we received on Facebook about the actions of the pro-death Democrats:

"Their behaviors were a disgrace." --Pam C. 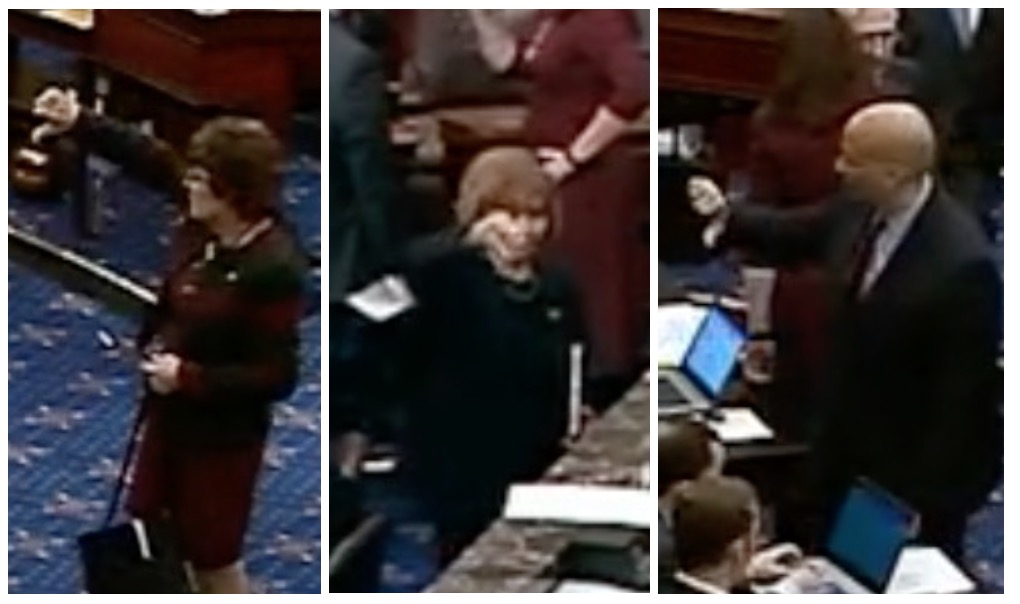 "That has to be the most evil act I have ever seen one of our legislative bodies perform." --Greg B.

"Every single one of them, before voting, should be made to sit in a quiet room, in a rocking chair, and hold a preemie for awhile." --Evanna W.

"A list of who supported this action should be published for all to see." --Tommy C.

"[Democrats have] become the party of NO conscience or morals." --Karen E.

Now, Facebook has said THUMBS DOWN to our efforts to reach more people with this message. By doing so, Facebook is effectively LINKING ARMS with the "THUMBS DOWN" Senators who supported infanticide!

If you are outraged...

Thanks for the stand you are taking!

P.S. Facebook is once again censoring conservative speech and siding with the THUMBS-DOWN INFANTICIDE DEMOCRATS! Take action now to BYPASS FACEBOOK and let the 44 PRO-DEATH SENATORS know what you think. Go here to fax them all at a 55% discount:

P.P.S. Please help spread the word! Share this with your friends!