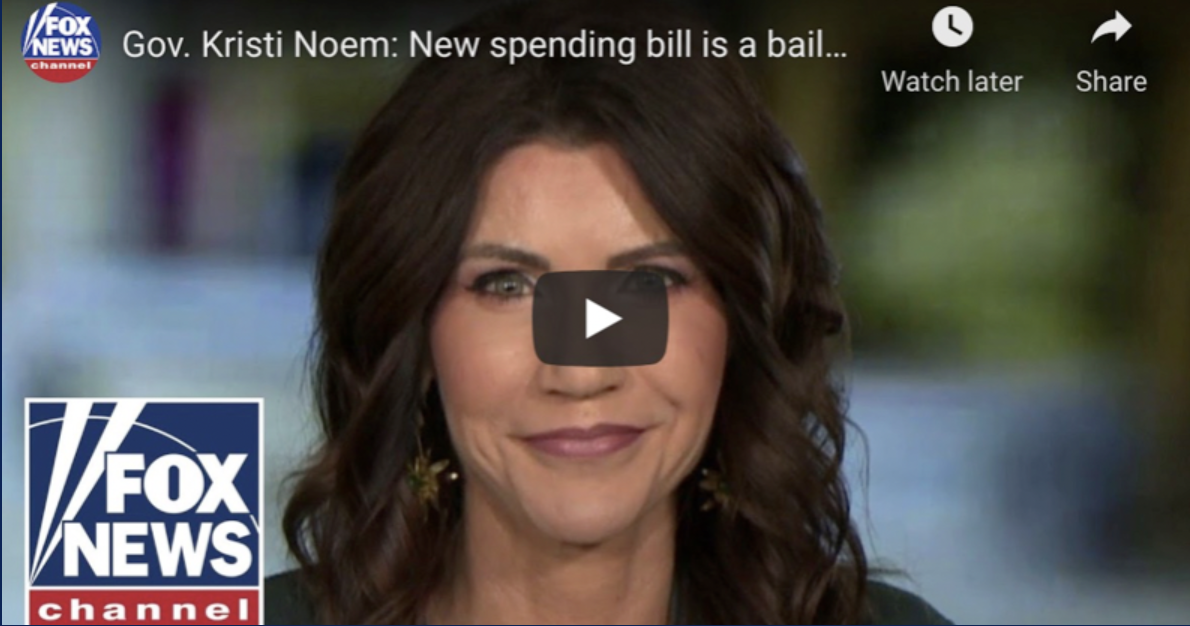 Just as Grassfire was about to send you the message below about the COVID boondoggle, we got an email from the office of House Minority Whip Steve Scalise (R-LA). It said, "Looks like House members will be here voting till the early hours of Saturday morning."

That means there's STILL TIME to make your voice heard! Demand GOP Representatives take action TONIGHT to "Stop The COVID Boondoggle!" Click here to instantly fax up to 51 House members now. Or see our update below to find out the true cost of "Pelosi's Progressive Payoff."

Earlier today, we told you what the The Wall Street Journal said about the Democrats' $1.9 trillion stimulus bill. The newspaper's editorial board insists the progressive-spending "wish list" has very little to do with COVID relief.

A different opinion article, which was published in today's Wall Street Journal, made some very dire predictions about the consequences of passing "The American Rescue Plan Act of 2021":

"The bill would create one of the largest expansions in government welfare benefits since the birth of the modern welfare state. ... The combination of benefits are likely to reduce employment by five million to seven million jobs. The $15 minimum wage, if it stays in the bill, would bring the total to more than eight million." 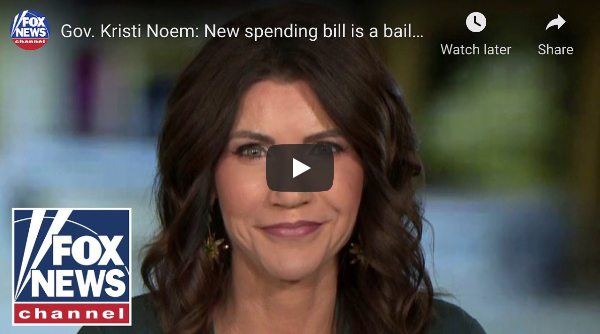 Republican Gov. Kristi Noem of South Dakota, one of the few states that didn't shutdown during the pandemic, criticized the obscene spending bill and the D.C. Establishment during an interview on FOX News last night. Noem told Sean Hannity:

"This bill is Biden's bailout bill and all of his cronies' and friends'. It rewards those states that made wrong decisions, shut down their economies, hurt their people and have higher unemployment rates. It should not be formulated the way that it is. It’s the wrong decision, and it’s the wrong policy for this country." (Click here or on the image to watch her full "Hannity" interview.)

Radical Democrats, the Unhinged Left and FAKE NEWS are trying to ram through their highly partisan "COVID relief" bill THIS WEEKEND. After the House votes tonight, the Senate is expected to immediately take up the legislation.

Time is running out to take a stand. Don't let Democrats bankroll their extreme, radical, anti-American agenda under the guise of "COVID relief"! Click here on the banner below now to instantly fax up 50 key GOP Representatives for just $25:

For only $50, you can reach 100 GOP House members. Or contact EVERY Republican Representative (213 faxes!) for the unheard of price of $70. That's less than $.33 per fax! Thanks, in advance, for taking action.

P.S. If you missed this morning's update about The Wall Street Journal's criticism of the COVID boondoggle, please see here. To take immediate action by calling on House Republicans to stop this wasteful and impractical legislation BEFORE tonight's vote, click here or on the banner below now: